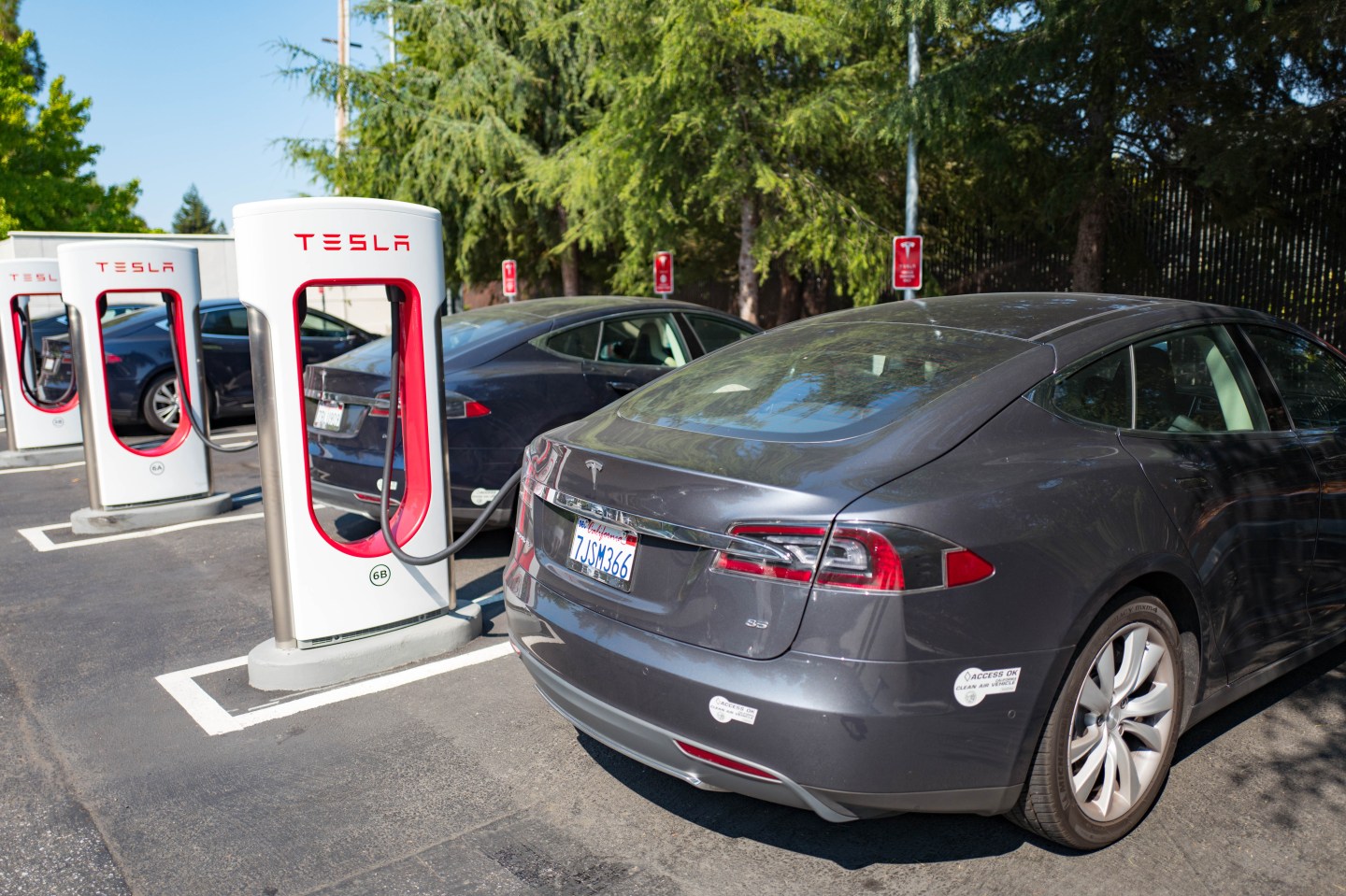 Elon Musk and Donald Trump stand on opposite sides of the global warming debate, but they do have common interests when it comes to U.S. manufacturing.

That’s part of the reason why Morgan Stanley analysts led by Adam Jonas upgraded Tesla stock (TSLA) to the equivalent of “buy” Thursday, sending shares of the electric car company up 2% by noon ET.

“Tesla stands at the epicenter of U.S. high tech manufacturing job creation, which may benefit more than just symbolically under the new administration,” the analysts wrote. “Tesla employs 25,000 in the United States. Elon Musk has an important line of communication to Donald Trump through his role as a strategic advisor to the President-elect,” the analysts added, a reference to Musk’s membership in Trump’s Strategic and Policy Forum.

Jonas expects Tesla’s stock to rise 26%, to $305, over the next 12 months thanks to increased production of the more modestly priced Model 3 sedan (the bank expects 183,000 shipments in 2018, up from a previous forecast of 114,000) and to Musk’s relationship to the president-elect.

While Trump has threatened heavy taxes on multinational automakers including General Motors and Ford for allegedly moving U.S. jobs abroad, Tesla would be likely to dodge such criticism, as roughly 83% of its employees are based in the U.S.

Additionally, Tesla recently confirmed that it would invest another $350 million in its Nevada battery production line, known as the Gigafactory. The move is expected to create another 550 jobs, while Musk has said that he hopes that the factory will eventually have 10,000 employees.

So while other multinational carmakers could be distracted by Trump’s proposed tariffs on non-U.S. made products, Tesla could continue operations as usual, Jonas writes.