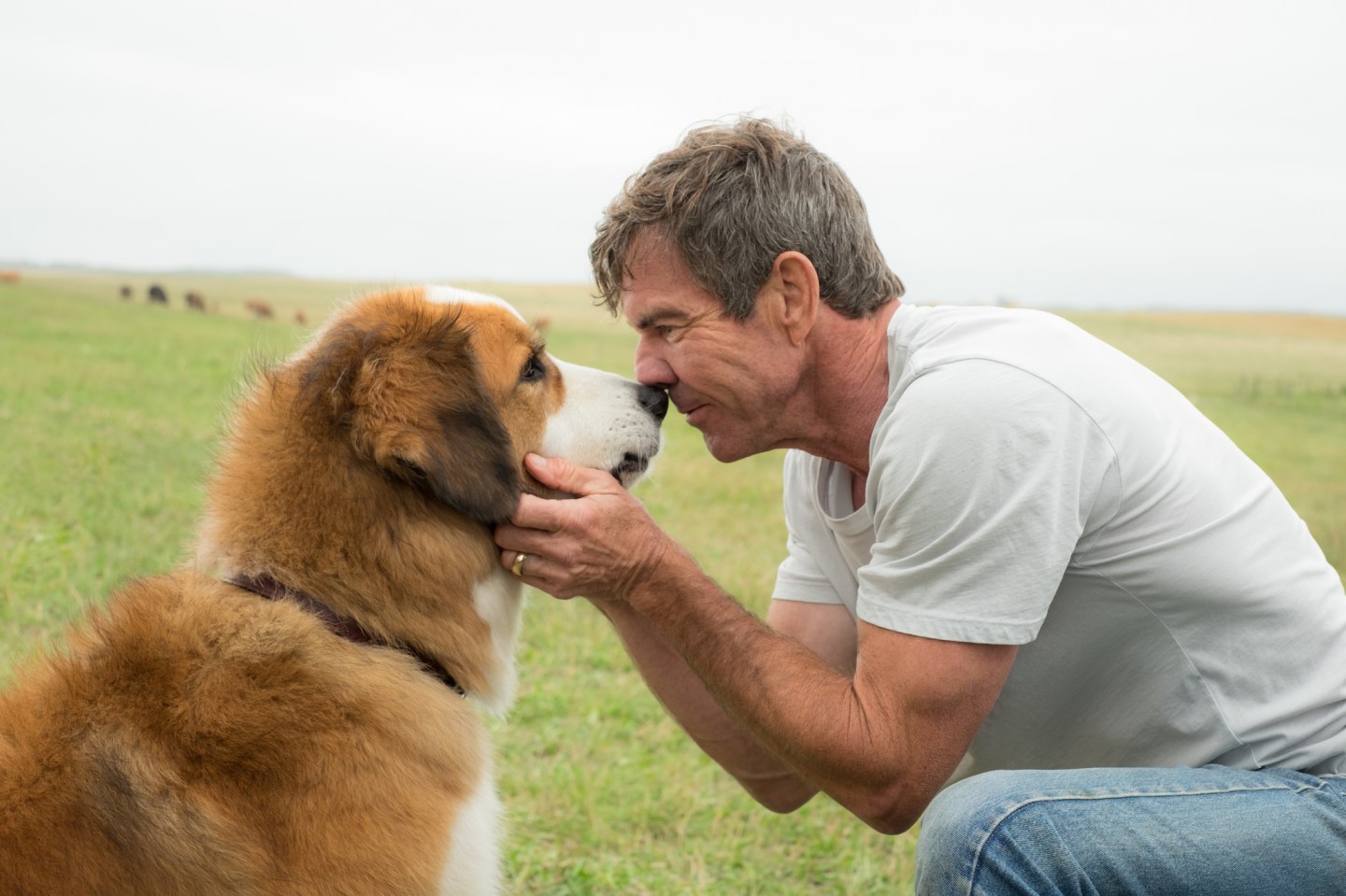 An investigation has been launched into how a German Shepherd was treated on the set of A Dog’s Purpose after a controversial video surfaced on Wednesday showing a trainer appearing to force the animal into churning water.

The American Humane Association, an organization that works to ensure animal safety on movie and television sets, said it was “disturbed and concerned” by the video.

“American Humane has reviewed the video and we are disturbed and concerned by the footage,” the AHA told PEOPLE in a statement. “When the dog showed signs of resistance to jumping in the water, the scene should have been stopped.”

The AHA said it has suspended the safety representative who worked on the film.

“We are placing the safety representative who was on the set on administrative leave immediately and are bringing in an independent third party to conduct an investigation into this matter.”

In the video, the dog is seen clawing at a pool’s edge and trying to run away as a trainer attempts to force the dog into the rushing water. Off-camera, someone can be heard laughing at the dog’s resistance. “You just got to throw him in,” the person says.

Related: McDonald’s Movie ‘The Founder’ Explores the Dark Side of Business

In a statement, the film’s production team, Amblin Entertainment, and distributor, Universal Pictures, said: “While we continue to review the circumstances shown in the edited footage, Amblin is confident that great care and concern was shown for the German Shepherd Hercules, as well as for all of the other dogs featured throughout the production of the film.” It added that the dog in the footage, Hercules, “is happy and healthy.”

Josh Gad, who voices a character in the upcoming film, released a statement on Twitter saying he’s “shaken and sad” after watching the footage.

“While I do not know all the details and cannot speak to the level of care and caution that went into this moment (as I was never on set for the making of this film), I am shaken and sad to see any animal put in a situation against its will.”

PETA has also called for a boycott of the film.