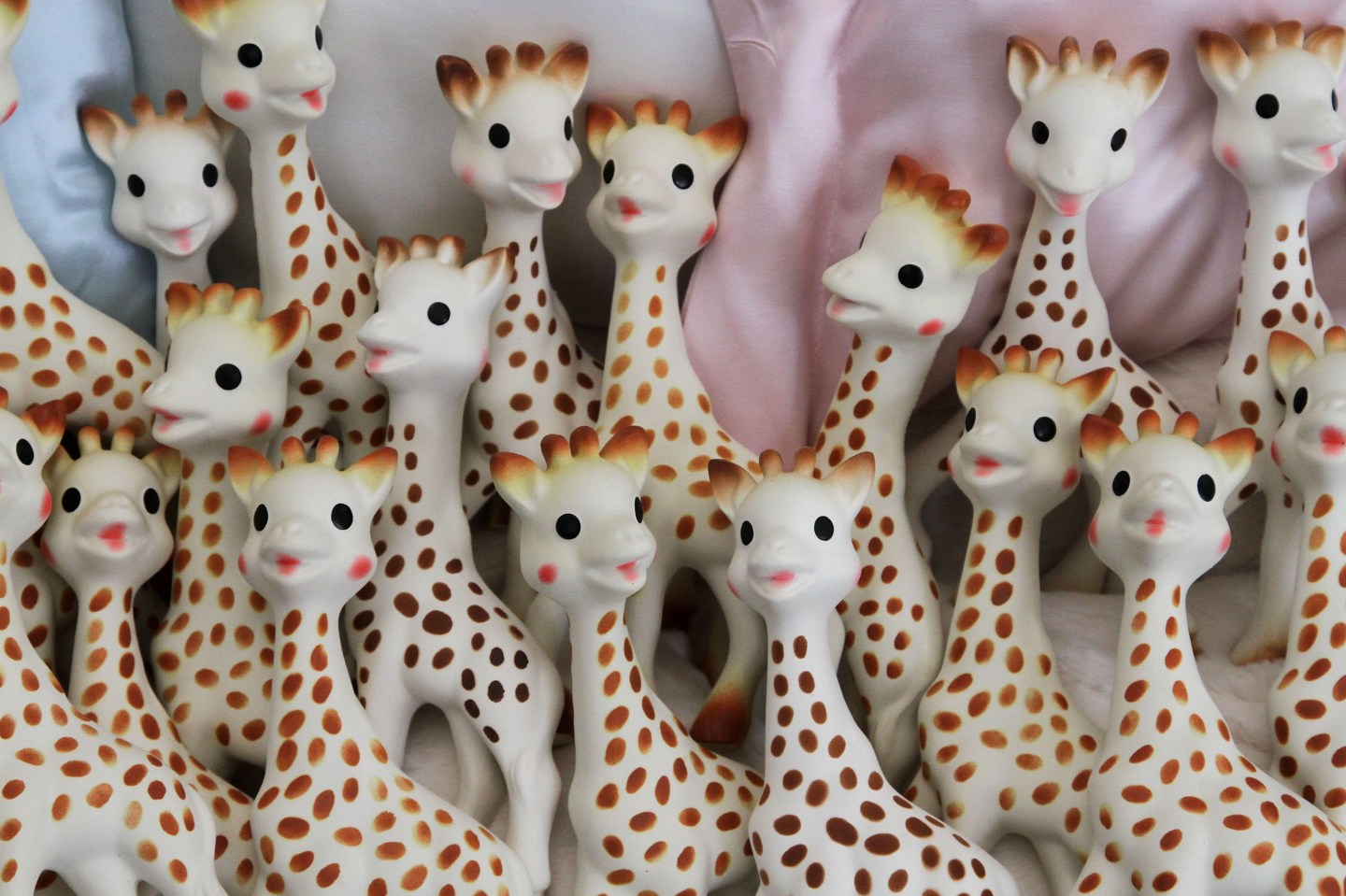 The manufacturers of Sophie the Giraffe, the popular teething toy made of 100% natural rubber from the Hevea tree, have come under fire after two photos of Sophies filled with mold went viral on social media.

“Beware! If you have a drooly baby, moisture will get in the hole and you’ll end up with mold! We’ve had ours for two years and the entire inside is coated with black mold!” read the one-star Amazon review that accompanied the first disgusting picture, posted last year.

And earlier this month, a pediatric dentist told Goodhousekeeping.com that she found “a science experiment” living inside her sons’ Sophie after she noticed that the air coming out of the hole smelled musty. “Smelly, ugly mold [was] living in my infant’s favorite chew toy!” she told the magazine.

When contacted for comment, Laurie Schraenen, a spokeswoman for Sophie the Giraffe told Good Housekeeping in a statement that the toy’s cleaning instructions have to be carefully respected. “We recommend to clean the surface of Sophie la Giraffe with a damp cloth,” the statement said.

“It should not be immersed in the water nor rinsed off, to prevent water from getting inside, as she may become damaged… We thus would like to emphasize on the fact that is it important, while cleaning the product, that no water gets inside the hole.”

The $24.21 toy is popular with celebrity parents, including Kate Hudson, Maggie Gyllenhaal, Miranda Kerr and Orlando Bloom. Founded by French company Vulli, it was first brought to the market in 1961 and is often recommended by health professionals for its easy-to-grasp shape.