The Search for Missing Malaysia Airlines Flight MH370 Has Ended 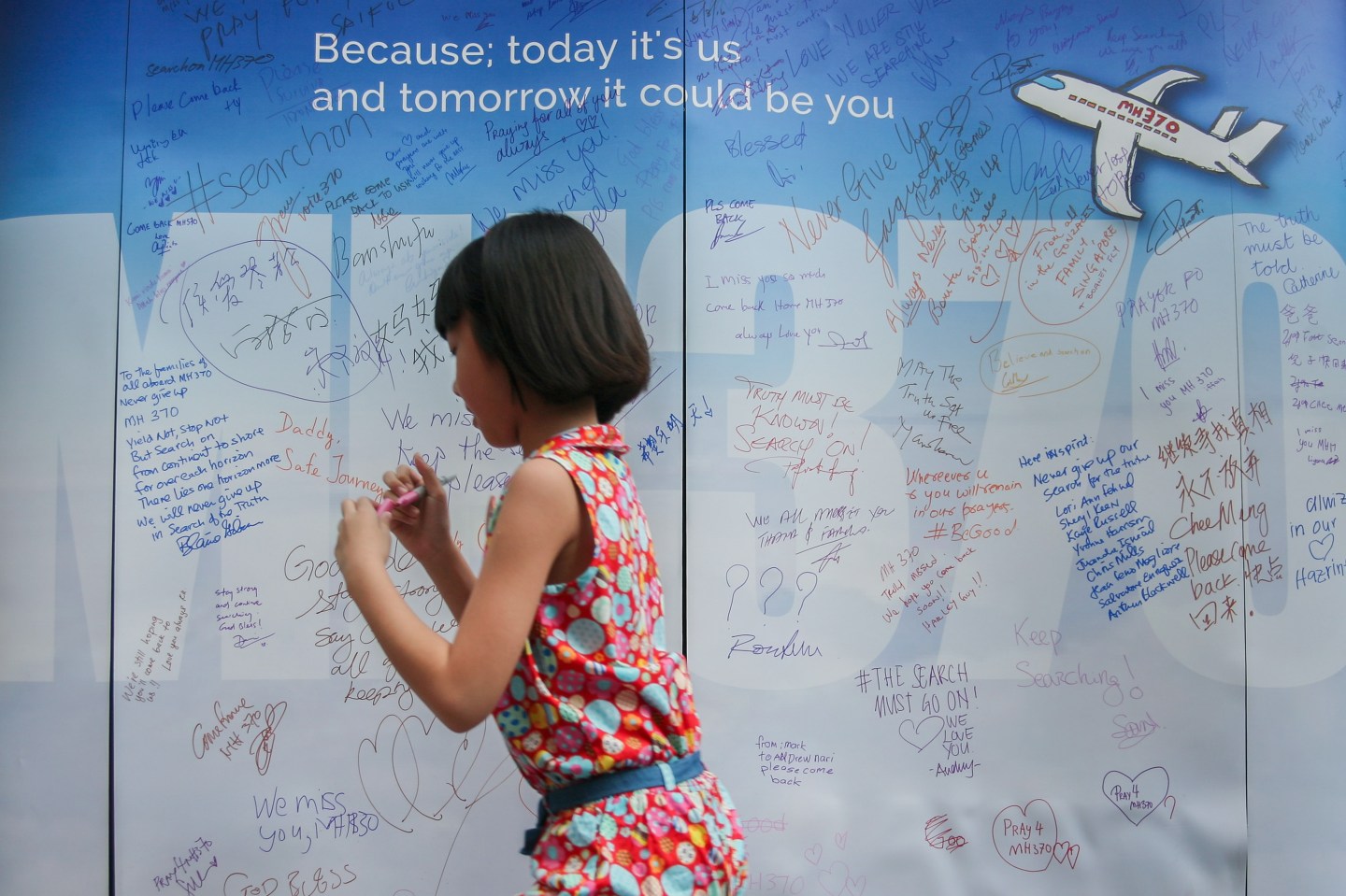 The deep-sea search for missing Malaysia Airlines flight MH370 ended on Tuesday without any trace being found of the plane that vanished in 2014 with 239 people on board, the three countries involved in the search said.

The location of Flight MH370 has become one of the world’s greatest aviation mysteries since the plane, a Boeing 777, disappeared en route to Beijing from the Malaysian capital of Kuala Lumpur.

“Despite every effort using the best science available … the search has not been able to locate the aircraft,” Malaysian, Australian and Chinese authorities said in a statement.

“The decision to suspend the underwater search has not been taken lightly nor without sadness.”

The last search vessel left the area on Tuesday, the three countries said, after scouring the 120,000-sq-km (46,000-sq-mile) area of the Indian Ocean sea floor that has been the focus of the almost-three-year search.

Malaysia, Australia and China agreed in July to suspend the $145 million search if the plane was not found, or if new evidence that might offer a clue as to its whereabouts was not uncovered, once that area had been checked.

Australia last month dismissed an investigators’ recommendation to shift the search further north, saying that no new evidence had emerged to support that.

Since the crash there have been competing theories over whether one, both or no pilots were in control, whether it was hijacked – or whether all aboard perished and the plane was not controlled at all when it hit the water.

Adding to the mystery, investigators believe someone may have deliberately switched off the plane’s transponder before diverting it thousands of miles out over the Indian Ocean.

A next-of-kin support group called Voice 370 said in a statement investigators could not leave the matter unsolved.

“In our view, extending the search to the new area defined by the experts is an inescapable duty owed to the flying public in the interest of aviation safety,” Voice 370 said.

Most of the passengers were from China.

A Chinese foreign ministry spokeswoman, asked about the end of the search, said China placed great importance on the hunt for the airliner and had actively participated in it alongside Australia and Malaysia. The spokeswoman did not elaborate.

Malaysia and Australia have contributed the bulk of search financing.

Malaysia holds ultimate responsibility given Malaysia Airlines is registered there. The aircraft is thought to have crashed west of Australia, placing it in its maritime zone of responsibility.

Grace Nathan, whose mother, Anne Daisy, was on the missing plane said the governments should consider the recommendation to search an additional 25,000 square kilometres.

“If money is a concern, prioritize within this area,” Nathan said.

The only confirmed traces of the plane have been three pieces of debris found washed up on the island country Mauritius, the French island Reunion and an island off the coast of Tanzania.

As many as 30 other pieces of wreckage found there and also at beaches in Mozambique, Tanzania and South Africa are suspected to have come from the plane.

The engineering group leading the search, Fugro has raised the prospect someone could have glided the aircraft outside of the defined search zone to explain why it has not been found.

A Fugro (FURGF) representative was not immediately available for comment on Tuesday.

Boeing (BA) said it accepted the conclusion of the government authorities leading the search.