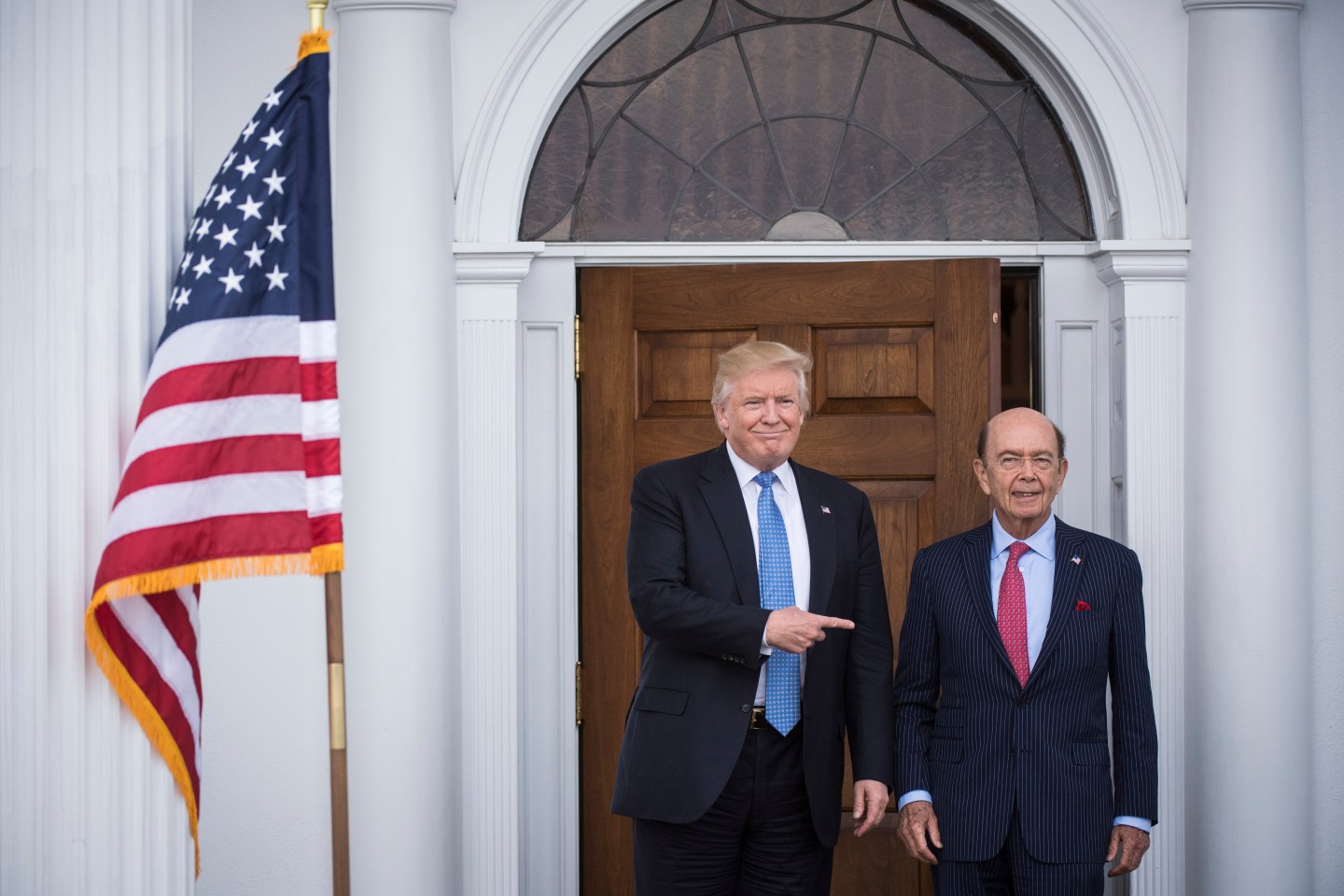 Billionaire Wilbur Ross, chosen by Donald Trump to help implement the president-elect’s trade agenda, earned his fortune in part by running businesses that have offshored thousands of U.S. jobs, according to Labor Department data attained by Reuters.

As a high-stakes investor a decade ago, Ross specialized in turning around troubled manufacturing companies at a time when the U.S. economy was losing more than 100,000 jobs yearly due to global trade. A Senate confirmation hearing on his nomination to become commerce secretary is set for Wednesday.

Supporters say Ross saved thousands of U.S. jobs by rescuing firms from failure. Data attained by Reuters through a Freedom of Information Act request shows that rescue effort came at a price: textile, finance and auto-parts companies controlled by the private-equity titan eliminated about 2,700 U.S. positions since 2004 because they shipped production to other countries, according to a Labor Department program that assists workers who lose their jobs due to global trade.

The figures, which have not previously been disclosed, amount to a small fraction of the U.S. economy, which sees employment fluctuate by the tens of thousands of jobs each month. ButRoss‘s track record clashes with Trump’s promise to protect American workers from the ravages of global trade.

Recently, Trump claimed credit for saving 800 jobs at a Carrier factory in Indiana, even touring the plant to shake hands with employees. He has targeted Ford Motor (F) and other automakers to keep hundreds of jobs inside the U.S. borders.

That disconnect could draw attention at his hearing, one of many scheduled this week for Cabinet nominees ahead of Trump’s Jan. 20 inauguration.

“He is not the man to be protecting American workers when he’s shipping this stuff overseas himself,” said Don Coy, who lost his job at the end of 2016 when a company Ross created—International Automotive Components Group—closed a factory in Canton, Ohio and shifted production of rubber floor mats to Mexico, eliminating the final 16 jobs in a factory that once employed 450 workers.

Ross resigned from the IAC board of directors in November 2014 and was named chairman emeritus.

Ross did not respond to several requests for comment. His offshoring activities are not unusual in an era when globalization has lowered international trade barriers. Auto-parts maker Delphi (DLPH), for example, has offshored 11,700 U.S. jobs since 2004, while textile makers have offshored at least 17,000 jobs since then, the Labor Department said.

As IAC shuttered its Canton plant in the final months of 2016, Ross argued on behalf of Trump that free-trade agreements hurt the United States.

“When Ford offshores new production facilities to Mexico, that both boosts the Mexican economy and reduces investment in this country,” he wrote in September in a Washington Post opinion piece penned with Peter Navarro, another Trump economic adviser who has been tapped to direct a White House trade council.

In a bid to reverse offshoring, Trump has threatened to impose “a big border tax” on automakers that choose to build cars in Mexico rather than the United States and has talked of resetting free-trade deals such as the North American Free Trade Agreement (NAFTA).

A Trump transition spokesperson said personnel decisions at Ross‘s auto-parts and textile companies were driven by the need to put operations near customers and keep U.S. plants competitive, echoing arguments made by other auto industry executives who face pressure from Trump.

“Few people have done as much to defend American jobs and negotiate good deals for American workers as Wilbur Ross,” said the spokesperson, who asked not to be named.

The offshoring figures for Ross‘s companies came from the Labor Department’s Trade Adjustment Assistance (TAA) program, which provides retraining benefits to some workers who lose their jobs due to outsourcing or cheap imports. The program does not cover everybody who is hurt by global trade: service-sector workers were not eligible until 2009, and those who don’t apply for the program don’t show up in its records.

Only 1.6 million factory workers qualified for TAA benefits between 2001 and 2010, a time when the United States shed 6 million manufacturing jobs.

Despite Trump’s campaign rhetoric about countries like Mexico and China taking U.S. jobs, the TAA figures show globalization has claimed fewer jobs in recent years. The program covered roughly 80,000 workers last year, down from about 340,000 in 2009.

Cutting Jobs to Save Others

Ross amassed a fortune, estimated by Forbes magazine at $2.5 billion, by buying up companies in struggling industries and returning them to profitability. Labor leaders such as United Steelworkers president Leo Gerard have said that Ross over the years saved thousands of manufacturing jobs.

In one case, Ross bought two struggling North Carolina fabric makers out of bankruptcy to create International Textile Group (ITG) in 2004, as textile import quotas were being phased out. Between 2005 and 2011, the company laid off 1,268 U.S. workers as it set up operations in Mexico, China and Nicaragua, TAA records show. ITG CEO Ken Kunenberger told Reuters that those job reductions were primarily due to competition from cheap imports.

ITG now operates six U.S. plants, down from nine in 2007, according to its annual reports. Ross sold the company in October for an undisclosed sum.

Ross also created International Automotive Components Group in 2007 to buy up auto-parts makers around the world as the industry struggled with overcapacity and slowing sales. TAA filings show IAC eliminated 853 U.S. jobs because it shifted work from the United States to Mexico.

“We tried every trick in the book to get them to stay but they just weren’t interested,” said Tim Scott, who served on the city council in Carlisle, Penn. when IAC decided to close its plant there in 2009, shifting work to Mexico and Tennessee.

An IAC spokesperson said the company has expanded in Mexico to be near the automakers that buy its parts, a common business strategy in the sector.

In another venture, Ross combined several mortgage lenders into Homeward Residential Holdings in 2007, just as the housing market was collapsing.

Homeward laid off 596 employees in Florida and Texas and shifted their work to India in 2012, according to TAA filings. That was a sizeable portion of the company’s global workforce, which it pegged at 2,800 a few months after the layoffs were announced.

Ross sold Homeward in October 2012 for $750 million, which delivered a further return on top of $900 million in profits the company had already generated.

“Homeward has been profitable in each year of its existence,” he said in a press release.