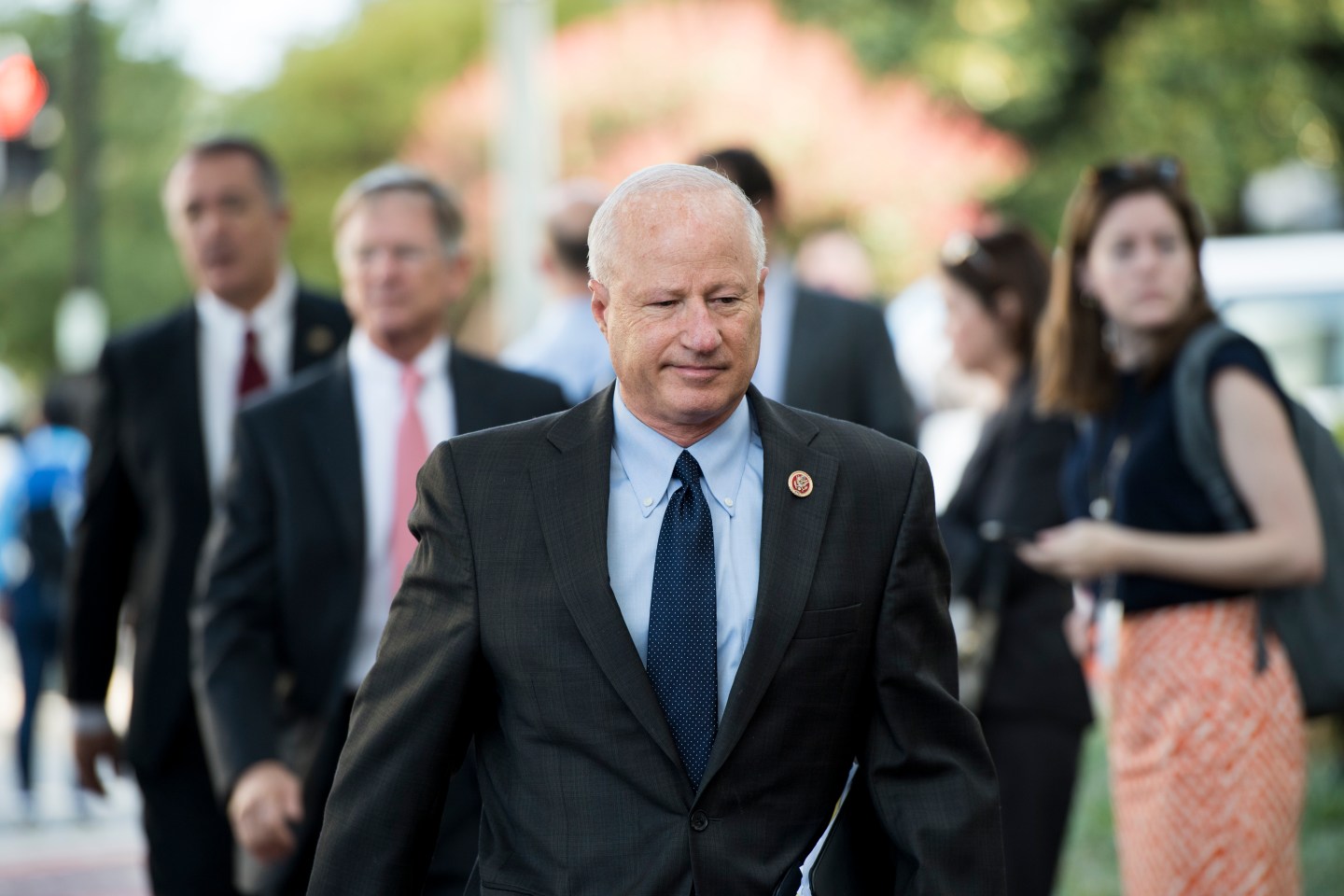 Coffman, who serves Colorado’s sixth district, had scheduled a room a the library for 2 p.m. to 3:30 p.m., according to NBC affiliate 9News. Coffman on Friday joined two other Republican lawmakers to write an op-ed in the Denver Post urging for the repeal of the healthcare law.

According to social media posts from constituents who showed up to the meeting Coffman only allowed them in four people at a time.

“The Representative didn’t have a plan. They expected just a small handful of people to show up,” Krondia Siebert told 9News. “We were under the understanding it was a town hall meeting and they were only allowing four people in at a time.”

While waiting to meet with Coffman, the crowd outside the room and and chanted.

Crowd starts singing while trying to get in to see Congressman Mike Coffman in Aurora. He only agreed with people a couple at a time. #9News pic.twitter.com/bqZgj4FF6f

But many people didn’t get a turn to voice their concerns over the repeal of the ACA. At about 3:24 p.m., Coffman left the event early, unbeknownst to those waiting.

While more than 100 people were waiting to meet with him, Mike Coffman sneaks out early from his own community event. #9News pic.twitter.com/NAZlXTKgQm

Coffman could not be immediately reached for comment. In a statement to 9News, Coffman’s staffer Ben Stein said the congressman was able to meet with more than 70 constituents.

“Unfortunately, we only reserved the room at the Aurora Central Library for 90 minutes, which is usually plenty of time to see everyone,” he wrote. “For those who were unable to see the Congressman today we apologize. These constituents are invited to attend upcoming meeting opportunities and we will block more time so that he can hear from more of his constituents.”

Democrats held rallies throughout the country on Sunday in an attempt to push public momentum toward their goal of blocking Republican effort to repeal Obamacare. Among biggest rallies was in Warren, Michigan, hosted by Vermont Sen. Bernie Sanders.