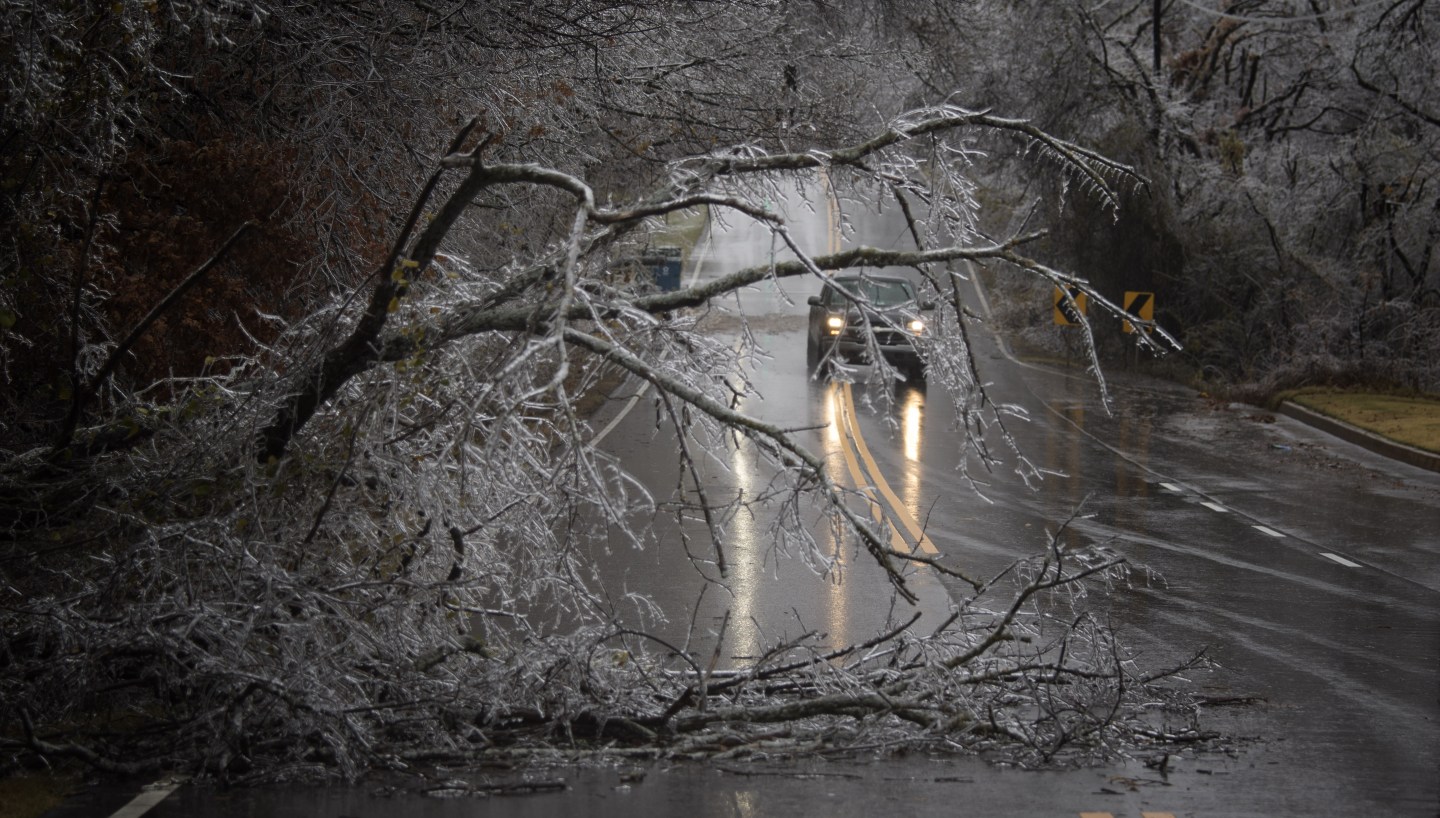 EDMOND, OK - NOVEMBER 28: A truck makes its way around a downed ice covered tree limb covering much of the roadway on November 28, 2015 in Edmond, Oklahoma. Heavy rain and ice conditions have left thousands without power and are being blamed for at least three deaths (Photo by J Pat Carter/Getty Images)
J Pat Carter Getty Images

At least six people died after ice storms wreaked havoc throughout the Midwest, leaving the area fighting a deluge of sleet, ice and freezing rain.

The deaths have been blamed on slick travel conditions caused by the storm since Friday. The storm is expected to hit the Midwest through Monday, the Weather Channel reported. Storm warnings are in effect in Oklahoma, Kansas, Missouri, parts of Texas, Nebraska Illinois and Iowa.

The storm has knocked out power and damaged trees in Texas, Oklahoma and Kansas, while coating trees and roads in ice. Governors of Oklahoma and Missouri declared states of emergency, while the National Guard patrolled roads in Missouri and Kansas.