What to Make of Rudy Giuliani’s Cybersecurity Role 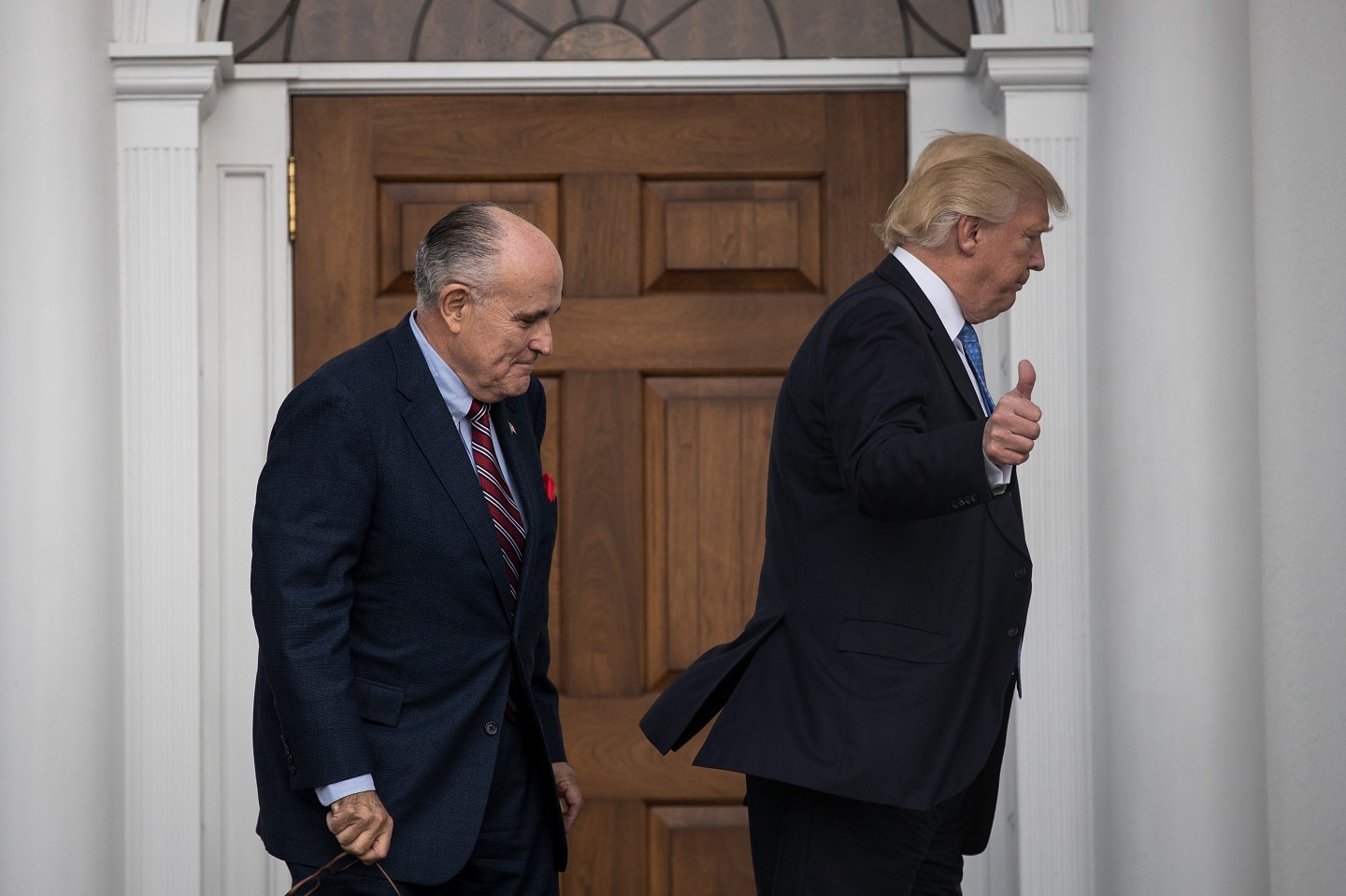 The former New York City Mayor originally aspired to the rank of Secretary of State as part of Trump’s White House. Giuliani bowed out of the running last year when it became clear he would not land the one job he coveted. On Thursday, a day after the Senate pulled Rex Tillerson, former Exxon CEO and Trump’s pick for the nation’s top ambassadorship, through the ringer at his confirmation hearing, the transition team threw Giuliani a bone. He would be named—well, no title. But he would be “sharing his expertise and insight as a trusted friend” on matters of cybersecurity.

Industry pros immediately called into question Giuliani’s digital defense chops, noting that the website advertising his own security and crisis management consultancy, Giuliani Partners, had glaring vulnerabilities. As various computer sleuths pointed out, the site featured little in the way of fortification: an expired cryptographic certification, lack of encryption, an exposed remote login, outdated software and scripting languages, open server ports, and, yes, Adobe Flash, a notoriously insecure bit of software. The site may as well have been a honeypot for hackers. (As of the writing of this post, the website is no longer online.)

While it’s easy to call out “America’s Mayor” for the absurdity of the contradiction, the truth is, the findings mean little. Commenters have seized the opportunity to paint the incoming “cyberczar” as a neophyte. Poking fun at (and holes in) the carelessness of his website design is amusing, but beside the point. The assignment appears, by all indications, largely ceremonial. And besides, as Robert Graham, CEO, at Errata Security, wrote on his company blog: “There’s nothing on Giuliani’s server worth hacking. The drama over his security, while an amazing joke, is actually meaningless.”

For more on Rudy Giuliani, watch:

Appearing on Fox & Friends, a Fox News morning show, to reveal his appointment, Giuliani took a moment to praise the Texan candor of Tillerson, his erstwhile rival for the State Department gig. Giuliani commended the ex-oilman’s testimony during his earlier confirmation hearing, paraphrasing him as saying, “We basically don’t have a cyber defense.”

Well, at least on that everyone can agree.