Donald Trump Suggests He Would Consider Lifting Sanctions on Russia 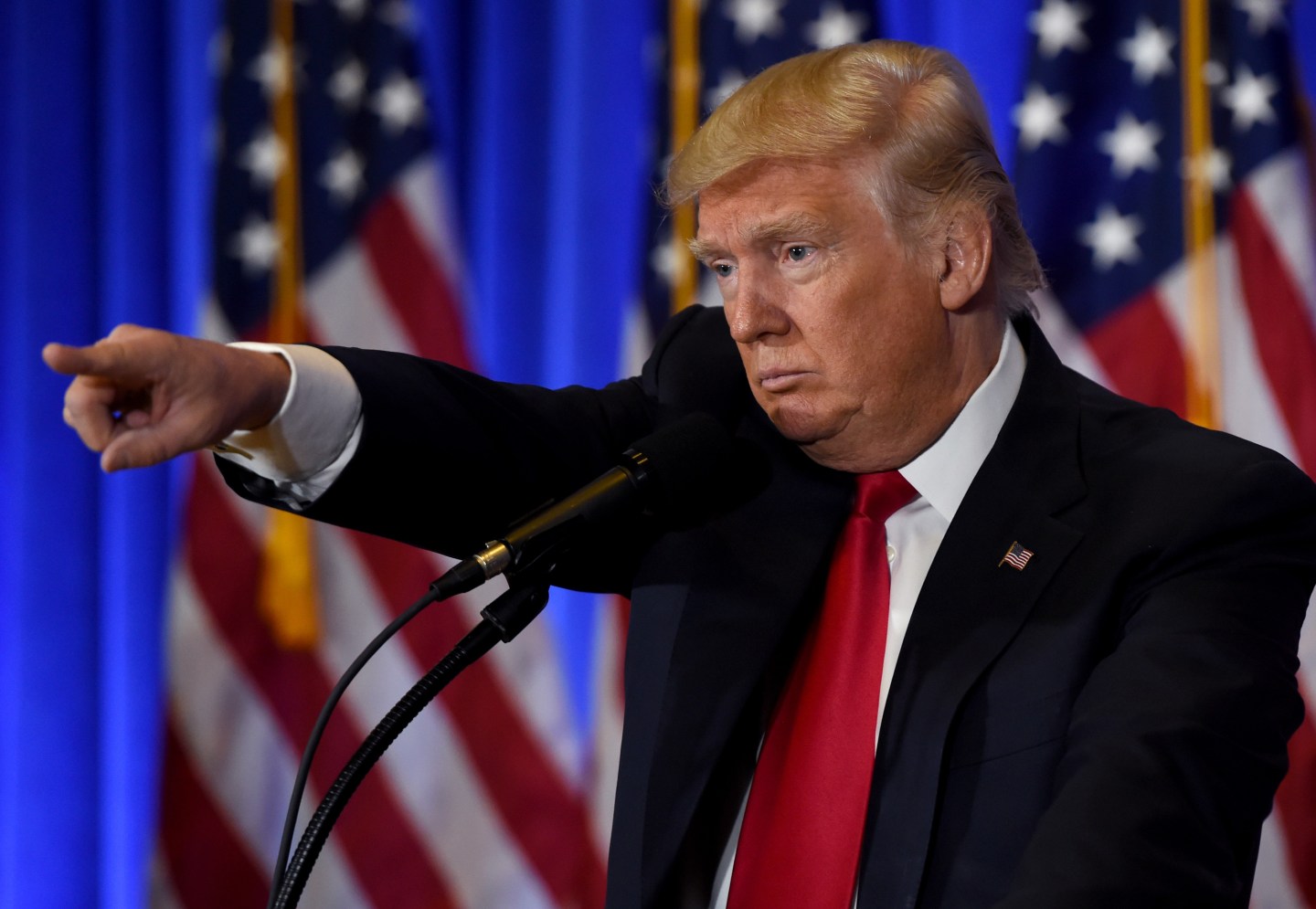 President-elect Donald Trump suggested Friday that he would be open to ending U.S. sanctions against Russia.

Trump said that “at least for a period of time,” he would maintain the sanctions on Russia imposed by President Barack Obama last month.

But Trump also suggested that he would lift the sanctions if Russia works with the U.S. on key issues, including combating terrorism. Trump made the comments in an hourlong interview with the Wall Street Journal.

“If you get along and if Russia is really helping us, why would anybody have sanctions if somebody’s doing some really great things?” Trump told the Journal.

For more on Trump and Russia, watch:

The Obama administration imposed sanctions against Russia in December for hacking into U.S. political institutions and interfering in the presidential election. Trump has been critical of intelligence reports that accuse Russia of such interference.

In the interview with the Journal, Trump also said that he is open to reconsidering the longstanding One China policy. When asked about it, he said, “everything is under negotiation, including One China.”

Trump angered China last month when he accepted a call from Taiwan’s President Tsai Ing-wen, marking the first time leaders of the U.S. and the self-governing island have had direct contact since formal diplomatic relations were severed in 1979.