I Didn’t Believe VR Was the Future — Until Now 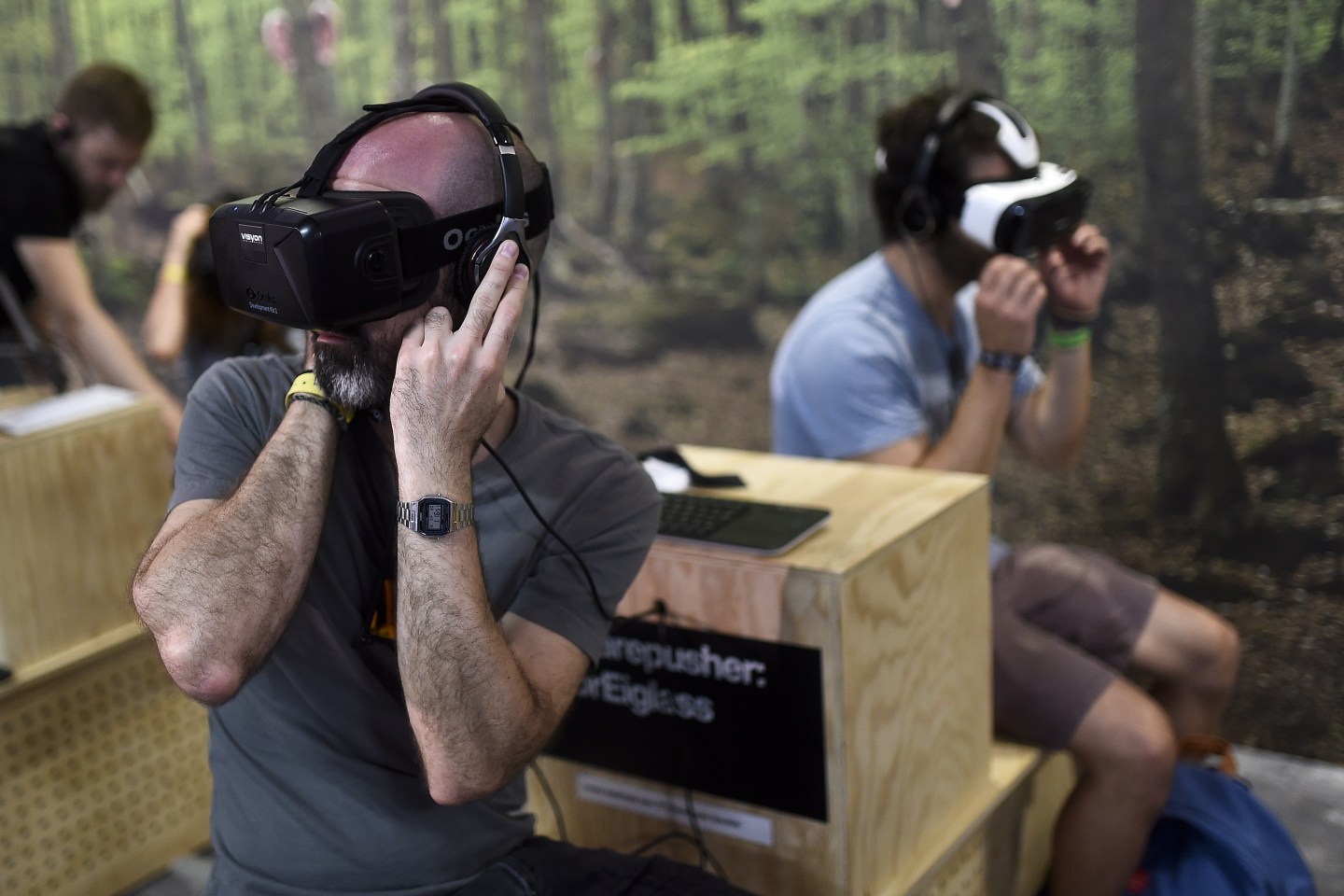 I’m not an early adopter. I’m probably too slow to be a regular adopter. So while I’ve read stories about the transportive power of virtual reality, it’s always been too hypothetical to resonate.

Until GE, of all companies, changed that. On Wednesday, the conglomerate threw an event titled “A night of possibility” in a warehouse space in downtown Manhattan. While the invite listed the where and the when, the what was left vague, and there was no real hint as to the why.

On arrival, it looked like any of the dozen other startup and product launches taking place across the city: coat check, bored-looking PR girls with clipboards, dim lighting, an inexplicable DJ, and trendy, if random, snacks (in this case, artisanal donuts and popcorn). In place of the usual bar and conversation clusters, however, the room was filled with rows of chairs. An attendee led me to an available seat, handed me a VR headset plus headphones, and instructed me to put them on and “start.”

The headset was too tight. The volume was too low. My nose was itchy, and the headset’s strap was definitely doing weird things to my hair. Which is all I could focus on — until the movie began.

While I can’t tell you what the film was about — something about how GE is working to build better robots, maybe — I can tell you how it felt. It felt like I was in the woods, in a robotics lab, at a table watching an interview, in a parking lot. The first scene was set in a forest. It was a sunny, summer day. To my right, there was a GE robot doing something innovative. But far more interesting was the ability to look around — unlike a traditional film that, even in 3D, dictates what and when you see something, here you could explore. Look up, and there was branches and then sky. Look down, and there was dirt and leaves. To the right, a cluster of trees. Had I turned around (which, still tangentially aware of my “real-world” surroundings, I wasn’t brave enough to do), there would have been something else to see.

This boundlessness was the captivating part. Later when plucked down into a virtual robotics lab, I ignored the robot trotting in front of me to focus on a cluster of researchers casually chatting over my right shoulder. Behind them were windows and desks. It was immersive (sorry) enough that when I caught of whiff of popcorn, the scent of butter was disorienting.

And then it was over. I took the headset off, and was back in the dimly lit warehouse. Around me, people were spinning their heads and craning their necks up and down, just as I had done a few seconds ago. That famous photo of Mark Zuckerberg, in which he strides by an unaware audience hooked up to VR devices, suddenly wasn’t ridiculous, but a window into a near future. I’m late to this, of course. Early adopters have been predicting our collective slide into a virtual reality-enhanced world for years.

As I exited the warehouse and stepped into the cold, damp, dirty grey that is New York City in winter, I felt a sense of nostalgia for that sunlit, summer forest. Which was almost more disorienting than the experience itself.

As someone who is fairly resistant to technology — who still reads books on paper, and doesn’t even Snapchat — I’m often skeptical of emerging technologies’ impact. But not about virtual reality, not anymore. It’s already getting cheaper and more sophisticated. Once it goes mainstream, it won’t just change how we consume entertainment. It will change how we live.

“There’s always a richer, more immersive medium to experience the world,” Mark Zuckerberg said way back in 2014. “And after video, the next logical step is fully immersive virtual reality.”

For better or for worse, I think he’s right.