This Genius Swedish Brewer Made a Shower Beer 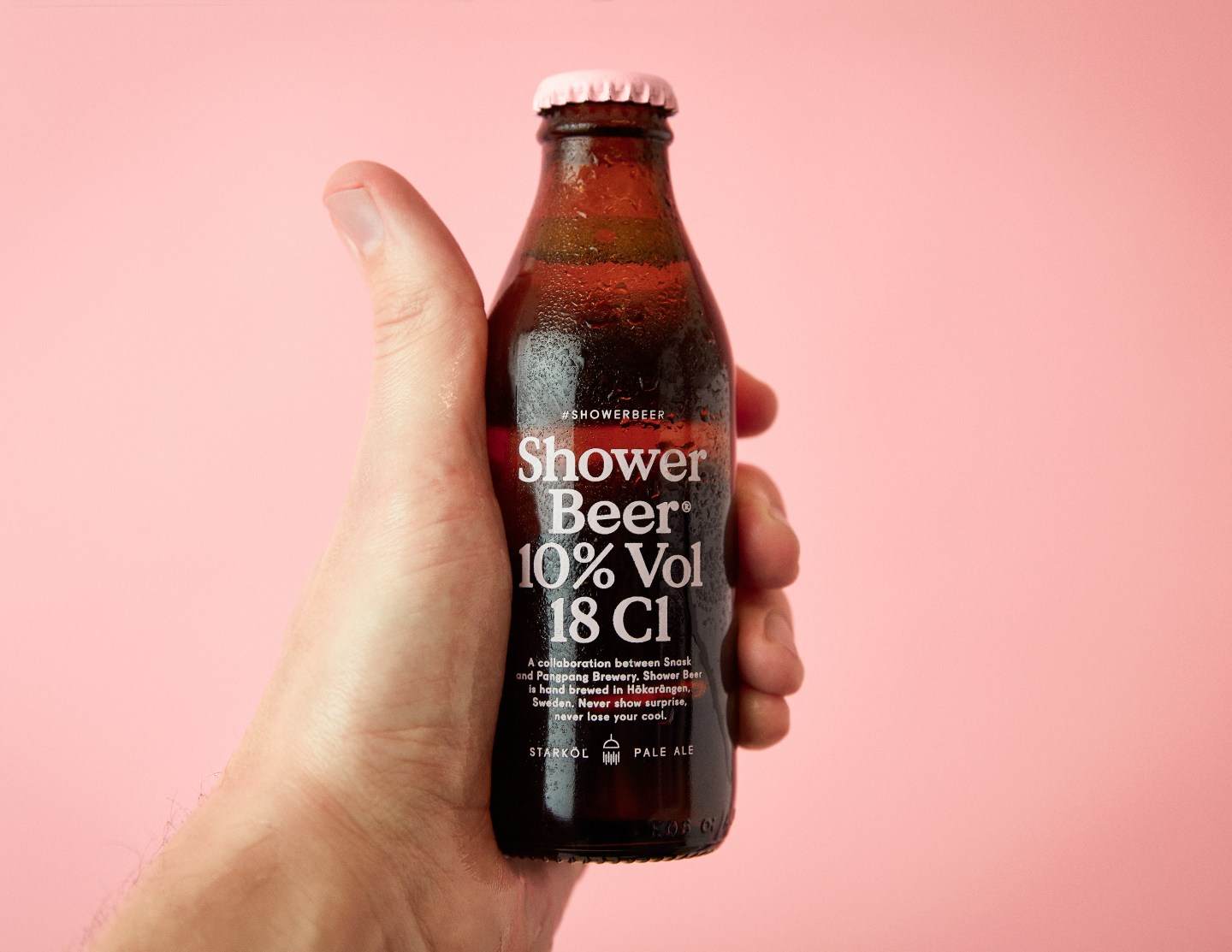 I’ve got to make a confession: Shower beers are amazing.

What exactly is a shower beer? It is pretty self-explanatory: you drink a cold beer in the shower.

Fredrik Tunedal, the craft brewer and founder of Sweden-based PangPang Brewery, is a fan of the concept of a shower beer too. That explains why he and his team at PangPang is now selling and marketing Shower Beer, a 10% ABV double pale ale, that’s specifically marketed and meant for the shower.

“Some people have told me that they used the beer as a conditioner,” Tunedal tells me in an e-mail interview. ” I would much rather drink the beer.”

Tunedal further explains that the reason this beer is perfect for the shower is that it is a smaller bottle of 18 centiliters (about six ounces) so it can be consumed quickly enough before getting too warm from the heat of the shower. The strong ABV packs a strong enough punch to produce a buzz. And the label is printed on the bottle—not a paper label.

The Shower Beer was conceived by Stockholm-based PangPang and creative agency SNASK. PangPang is a craft brewery that was founded in 2010 and is the oldest craft producer in the city. Sweden, like many other mature Western markets, is seeing explosive interest in the craft brewery movement in recent years. Tunedal says there are now over 250 breweries in the country.

And while Shower Beer for now is going to only serve the local Swedish market, Tunedal hints it could be exported some day. “It looks like Shower Beer might be the first PangPang Beer to make it across the Atlantic,” he says.