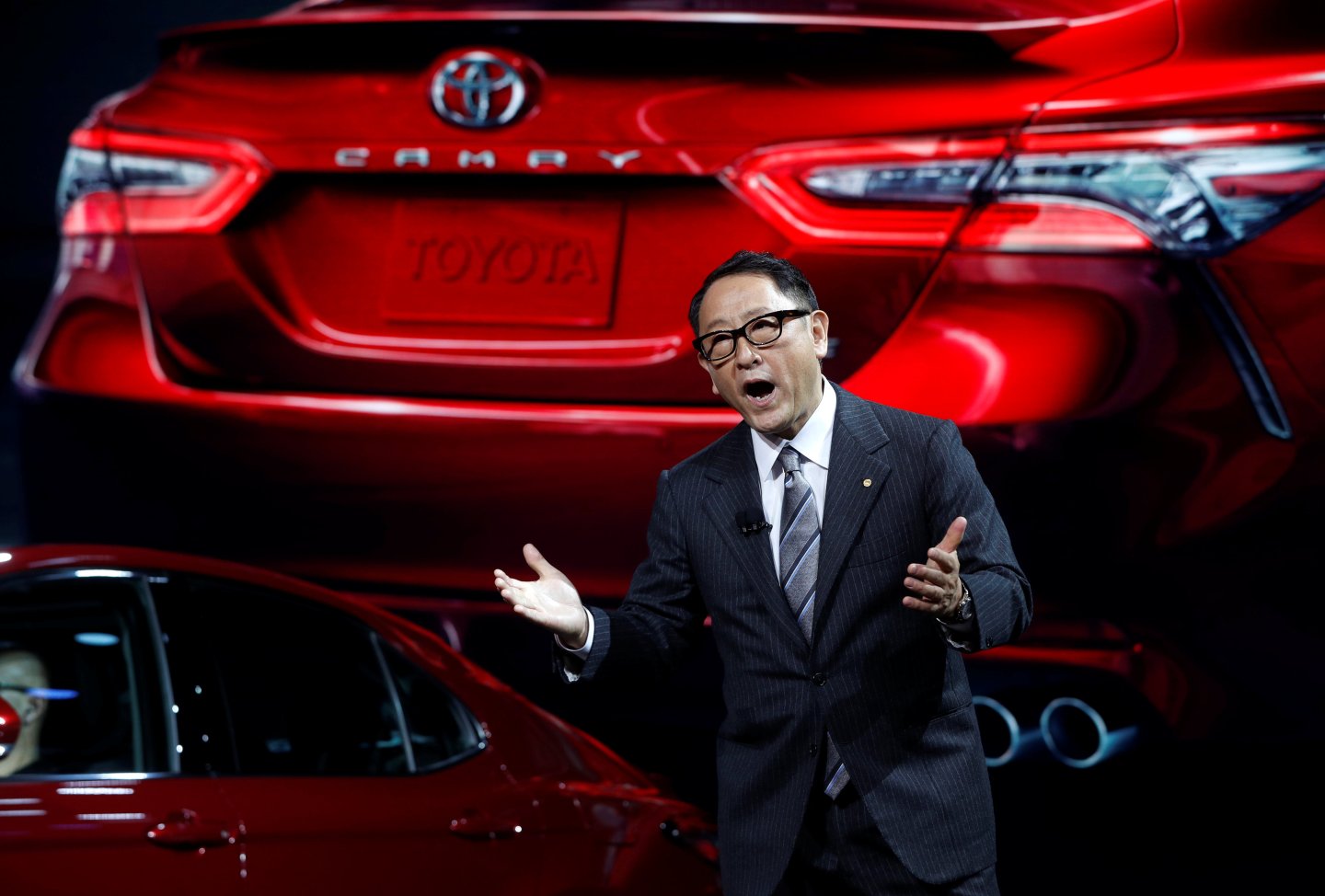 A Toyota spokeswoman said that Toyoda met with Pence on Tuesday, a day after the Japanese automaker said it would invest $10 billion in the United States over the next five years, the same amount it invested in the previous five years.

She added that there were no plans at the moment for Toyoda to meet with U.S. President-elect Trump.

While Toyota declined to comment on details of the meeting, Toyota‘s North America Chief Executive Jim Lentz told Reuters earlier this week that the company was focused on reminding policymakers in Washington about the automaker’s extensive U.S. manufacturing operations.

Pence served as governor of Indiana, where Toyota has an assembly plant, one of 10 manufacturing facilities in the country.

Last week, U.S. President-elect Donald Trump said Toyota could be subject to a “big border tax” if it builds its Corolla cars for the U.S. market at a planned factory in Mexico. Trump has been criticizing automakers who manufacture cars in Mexico, a growing production hub.