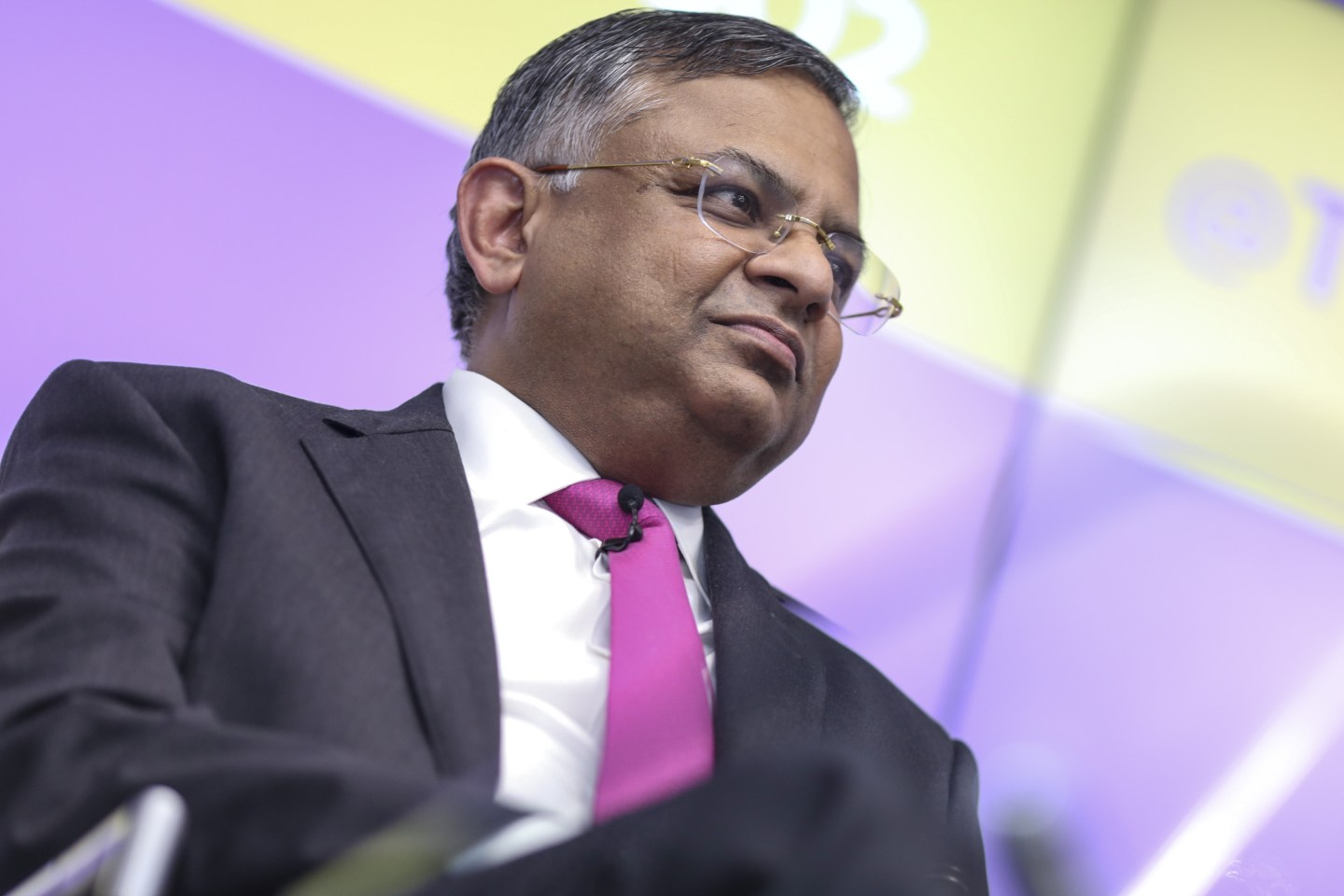 India’s $100 billion salt-to-software Tata conglomerate named veteran insider Natarajan Chandrasekaran as the new chairman of its holding company on Thursday, looking to soothe investors after a bruising public spat over the ouster of his predecessor.

Chandrasekaran, 53, currently chief executive of IT outsourcing giant Tata Consultancy Services (TCS), India’s most-valuable company with a market capitalization of $67 billion, will take over as Tata Sons executive chairman on Feb. 21, according to a company statement.

Tata Sons, the holding company in a business empire ranging from car maker Jaguar Land Rover (JGFCF) and steel mills to aviation and salt pans, is embroiled in a legal battle with former chairman Cyrus Mistry, who was forced out in October.

It has convened an extraordinary general meeting on Feb. 6 to remove him as a director, which Mistry has challenged.

“The first thing for him to do will be to clean up the muck and get rid of all the ongoing court cases,” said a Tata group insider who is close to Chandrasekaran, speaking on condition of anonymity.

“Second will be to win over the trust of other Tata executives. And the third will be to define the direction for the group.”

Chandrasekaran takes the helm at a time when several companies in the conglomerate have seen profits come under pressure. Former chairman Mistry has warned of big writedowns and stressed the need for governance reforms at Tata Sons, the charitable trusts that own two-thirds of the holding firm, and Tata group companies. Tata Sons has denied Mistry’s accusations.

Chandrasekaran, a former Tata Group intern widely known as Chandra, said in a statement he was “humbled and honoured” to be chosen to lead Tata Sons.

“At the Tata Group, we are at an inflection point. I am aware that this role comes with huge responsibilities,” he said in a statement.

A masters degree holder in computer applications, Chandrasekaran joined the Tata Group in 1987 and rose through the ranks to become TCS CEO in 2009. He was named to the Tata Sons board in October, after Mistry’s ouster. Chandrasekaran also serves on the board of India’s central bank.

A biography on the central bank’s website describes him as an avid photographer, music aficionado and a passionate long-distance runner who has completed marathons across the world.

Although the appointment of a group lifer shows a desire for continuity, Chandrasekaran is not related to the Tata family and will be the first non-Parsi chairman of Tata Sons.

Like the Tatas, the Mistrys are part of Mumbai’s tight-knit Parsi religious minority, and Cyrus Mistry’s sister is married to Ratan Tata‘s half-brother. Chandrasekaran, by contrast, was born into a south Indian agricultural family.

A selection committee appointed by Tata Sons board to choose a new chairman had unanimously recommended Chandrasekaran for the job, according to the company statement.

The five-member selection committee that included group patriarch Ratan Tata had initially set out to appoint a new chairman within four months. Ratan Tata had taken over as interim chairman ofTata Sons after the board fired Mistry.

TCS chief financial officer Rajesh Gopinathan was named as the company’s new CEO, according to a separate statement. TCS earlier on Thursday reported a better-than-expected third-quarter profit growth of nearly 11%, but faces headwinds in the United States, the biggest market for Indian software services exporters.

Senior bankers including lenders to Tata Group companies such as State Bank of India and ICICI Bank welcomed Chandrasekaran’s appointment.