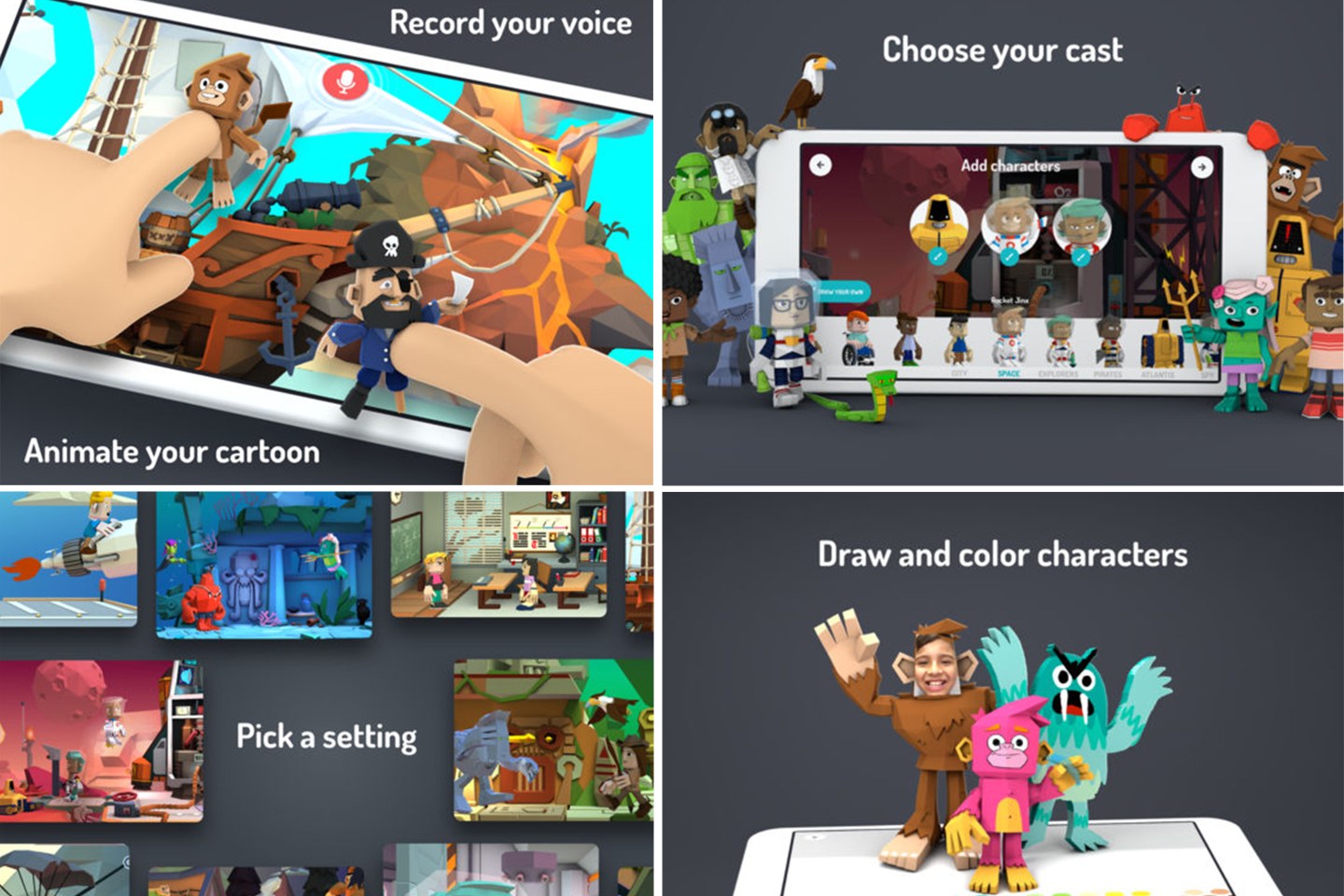 Google released a new version of its popular animation app for children, Toontastic, that will allow kids to create their own 3D stories. And, it’s still free.

Called Toontastic 3D, the app offers a visual upgrade to the original, two-dimensional software while still allowing users to draw and animate their own stories, either for fun or for educational purposes. Announcing Toontastic 3D on Thursday, Google pointed out that the new app allows kids to explore interactive 3D areas, while making use of customizable characters and 3D drawing tools, to ultimately “build whatever they like—including book or science reports for school, design pitches, short stories and cartoons.”

The original Toontastic app launched for Apple’s iOS in 2011 and it was later folded under the Google umbrella after the company bought app-creator Launchpad Toys two years ago. The original app was named one of The New York Times‘ top apps the year it was released and it scored high ratings from educators for helping students hone their communication and creativity skills.

Toontastic 3D is Google’s first software update for the app. The new version is free and ready to download from the iOS App Store and the Google Play Store for use on Android and iOS phones and tablets (as well as some Google Chromebooks), Google said on Thursday.