The Debate Over the Firing of U.S. Consumer Watchdog Director Richard Cordray Intensifies 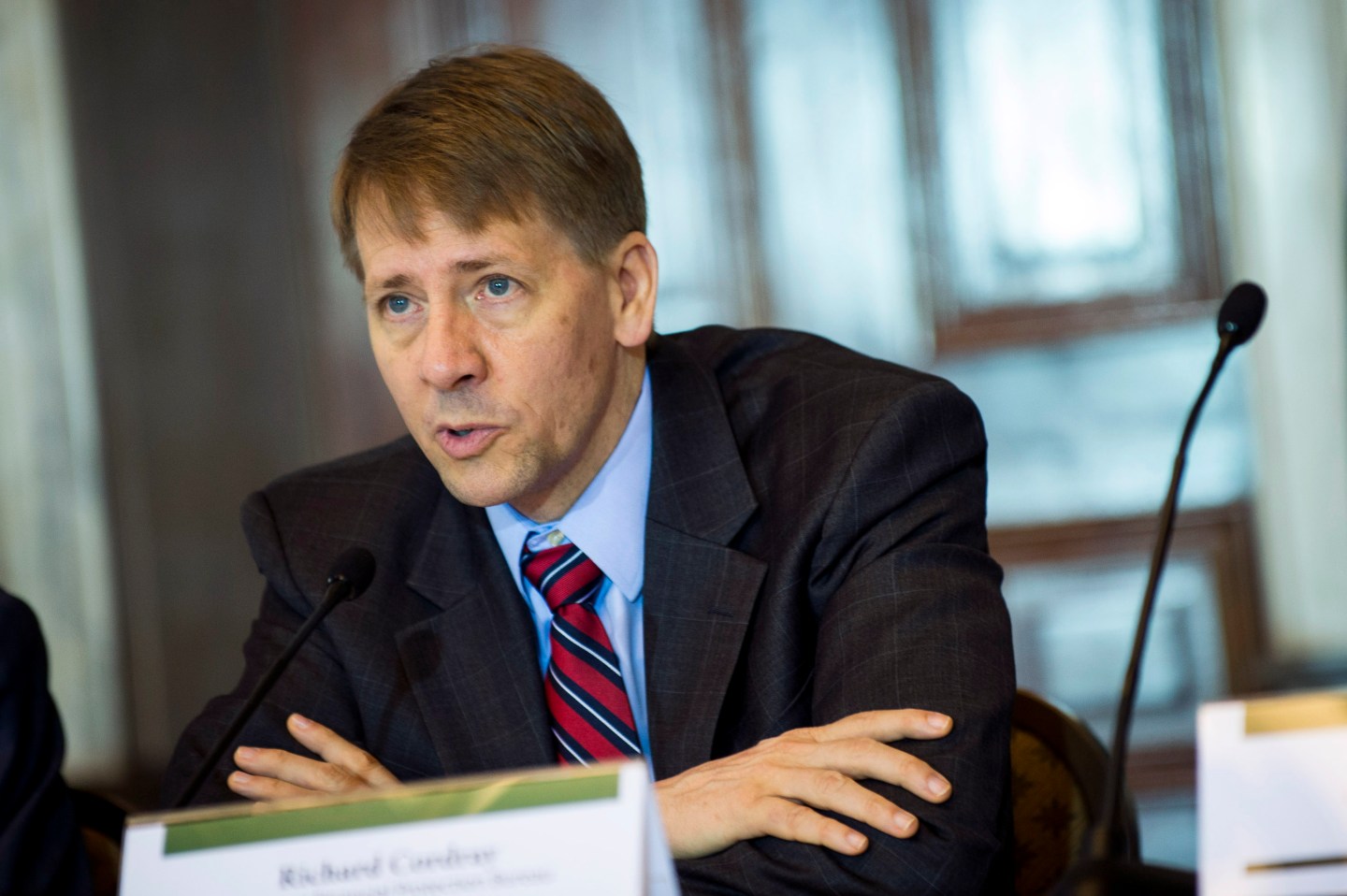 WASHINGTON, DC - JUNE 29: Director of the Consumer Financial Protection Bureau, Richard Cordray, delivers remarks during a public meeting of the Financial Literacy and Education Commission at the United States Treasury on June 29, 2016 in Washington, DC. The agenda focused on financial education and investment advice, as well as the intersection of financial education and legal aid. (Photo by Pete Marovich/Getty Images)
Pete Marovich—Getty Images

The debate over whether President-elect Donald Trump should fire the head of a U.S. consumer watchdog after taking office came to a boil on Tuesday, with congressional lawmakers sending off strong letters that dug into constitutional law.

Republican senators pushing Trump to fire the director of the Consumer Financial Protection Bureau, Richard Cordray, portrayed the agency as overreaching its authority.

At the heart of the debate is a restriction that the president can only fire the director for cause.

The U.S. Court of Appeals for the District of Columbia Circuit is reviewing a recent court decision that the president should be able to fire the director at will.

Some want Trump to remove Cordray for cause soon after his inauguration on Jan. 20, and not wait for the appeals court’s decision. That could open the door for Cordray to sue.

Sasse, a member of the Banking Committee, and fellow Republican Mike Lee, of Utah, then released a letter to Vice President-elect Mike Pence saying the CFPB “combines the powers of the executive, legislative, and judicial branches into the hands of a few unaccountable Washington elites.”

Senator Sherrod Brown, the most senior Democrat on the Banking Committee, shot back with a statement that Cordray should stay until his term expires in 2018.

The CFPB recently was part of a $190 million settlement with Wells Fargo, which was accused of creating phony accounts.

In the House, 21 Democrats sent a letter to Trump saying no U.S. president has ever removed an independent agency head for cause.

“While we understand that many powerful special interests would like to see Director Cordray leave, we urge you not to bow to their demands to initiate costly, meritless litigation, and we stand ready to oppose any efforts you may make to do so,” they wrote.