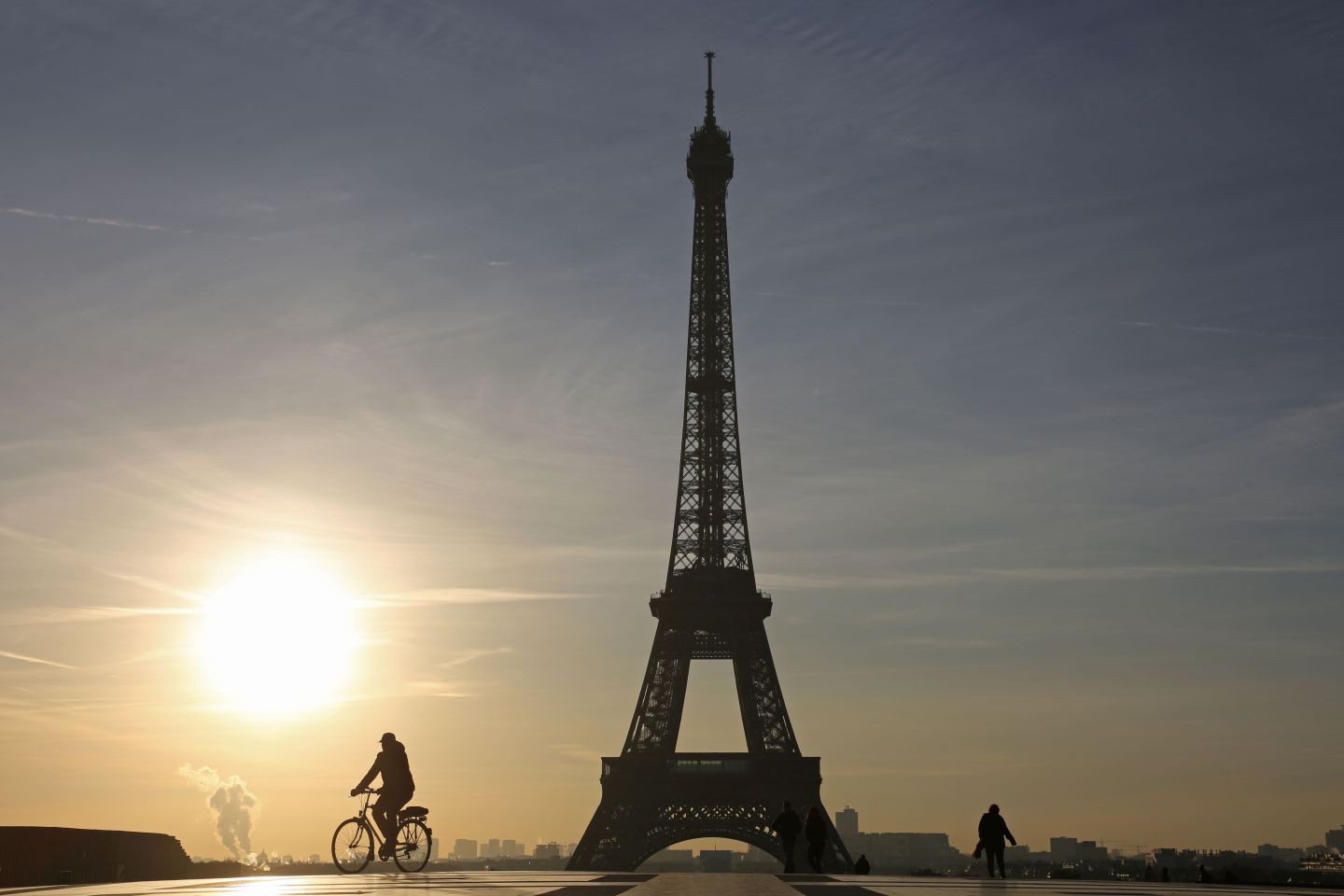 Paris plans a major boost to its cycling infrastructure and will ban cars from outside the Louvre museum as it steps up its fight against traffic pollution, the mayor said on Sunday.

Socialist mayor Anne Hidalgo announced a new two-way 4 kilometer bike lane to run along the Rue de Rivoli, a major east-west thoroughfare and one of the city’s most famous streets, and to connect the Place de la Bastille and Place de la Concorde.

She also said Paris will accelerate a plan to double the surface of its cycling lanes by 2020.

“Climate is the number one priority. Less cars means less pollution. 2017 will be the year of the bicycle,” Hidalgo said in a statement.

The noisy and polluted Rue de Rivoli, which links major landmarks like the Louvre Museum, Palais Royal and the historic Marais area, would become an area for walking, cycling and shopping, where the space for cars will be halved.

The city will also ban private cars from the historical Place du Carrousel du Louvre, which cuts through the Tuileries park and the square in front of the Louvre, the world’s most visited museum with about 9 million visitors per year.

Paris this year plans to pedestrianize most of the Marais by limiting car traffic there to residents, public transport and local businesses.

From 2018, Paris will also start operating a new “tram-bus” along the right bank of the Seine to boost public transport infrastructure as part of its bid for the 2024 Olympics.

Deputy mayor in charge of transport Christophe Najdovski said cities like Bordeaux and Lyon are way ahead of Paris in terms of reopening access to their riverbanks and banning polluting diesel cars from the city center, as Tokyo has done.

“We have a lot of work left to do, as is obvious from the numerous days with peak pollution levels at the end of 2016,” Najdovski said.

In September, Paris turned a stretch of highway on the right bank of the river Seine into a pedestrian zone in an attempt to reduce pollution despite fierce protests from drivers and the conservative opposition.

In the past 15 years, private car traffic in Paris has fallen by about 30% as the city introduced its popular Velib bicycle sharing scheme and its Autolib electric vehicle sharing scheme, city authorities said.