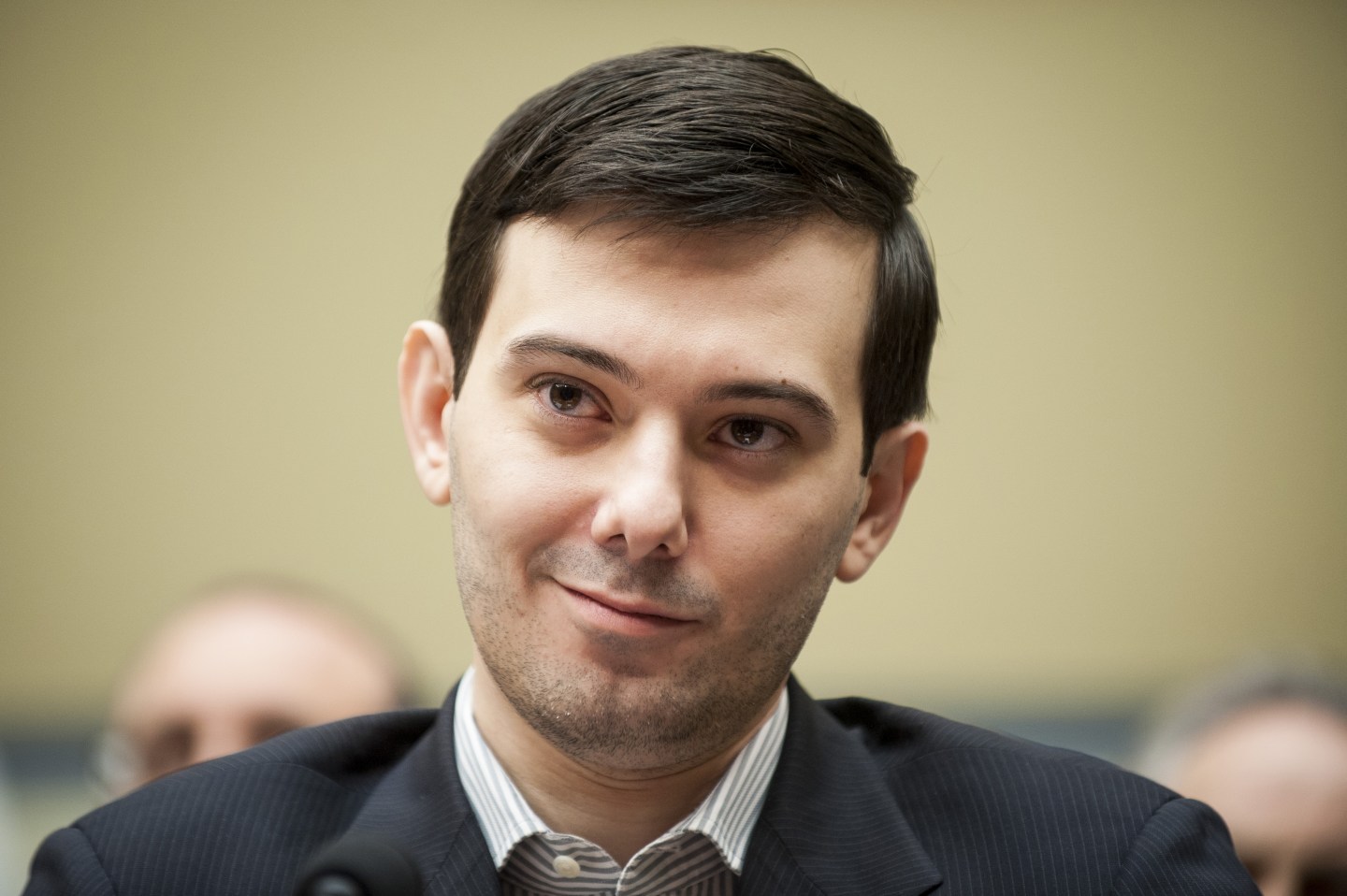 The ex-Turing Pharmaceuticals CEO was booted from the social media site after continually harassing Lauren Duca, a journalist with whom he got into a Twitter-spat with last week, the New York Daily News reports.

On Jan 5., Shkreli messaged Duca asking if she wanted to be his date to Donald Trump’s inauguration on Jan. 20.

“i have a +1 to the inaug,” he wrote. However, Duca rejected his offer, tweeting “I would rather eat my own organs.”

I would rather eat my own organs pic.twitter.com/IgeCRZqk8w

“Well, start with your heart. what a cold you know what!” Shkreli wrote back.

The ex-CEO then changed his Twitter profile picture to what appears to be a Photoshopped image of him and Duca sitting on a couch together, the Daily News reports. He also posted a collage of photos of Duca, under text saying, “Til Death do Us Part.”

Duca then tweeted to Twitter (TWTR) CEO Jack Dorsey, asking, “How is this allowed.” Shortly after, Shkreli’s account disappeared.

How is this allowed @jack pic.twitter.com/Wof8MlYHTL

Shkreli refused to comment on his suspension, the Daily News reports, and Duca could not immediately be reached for comment.