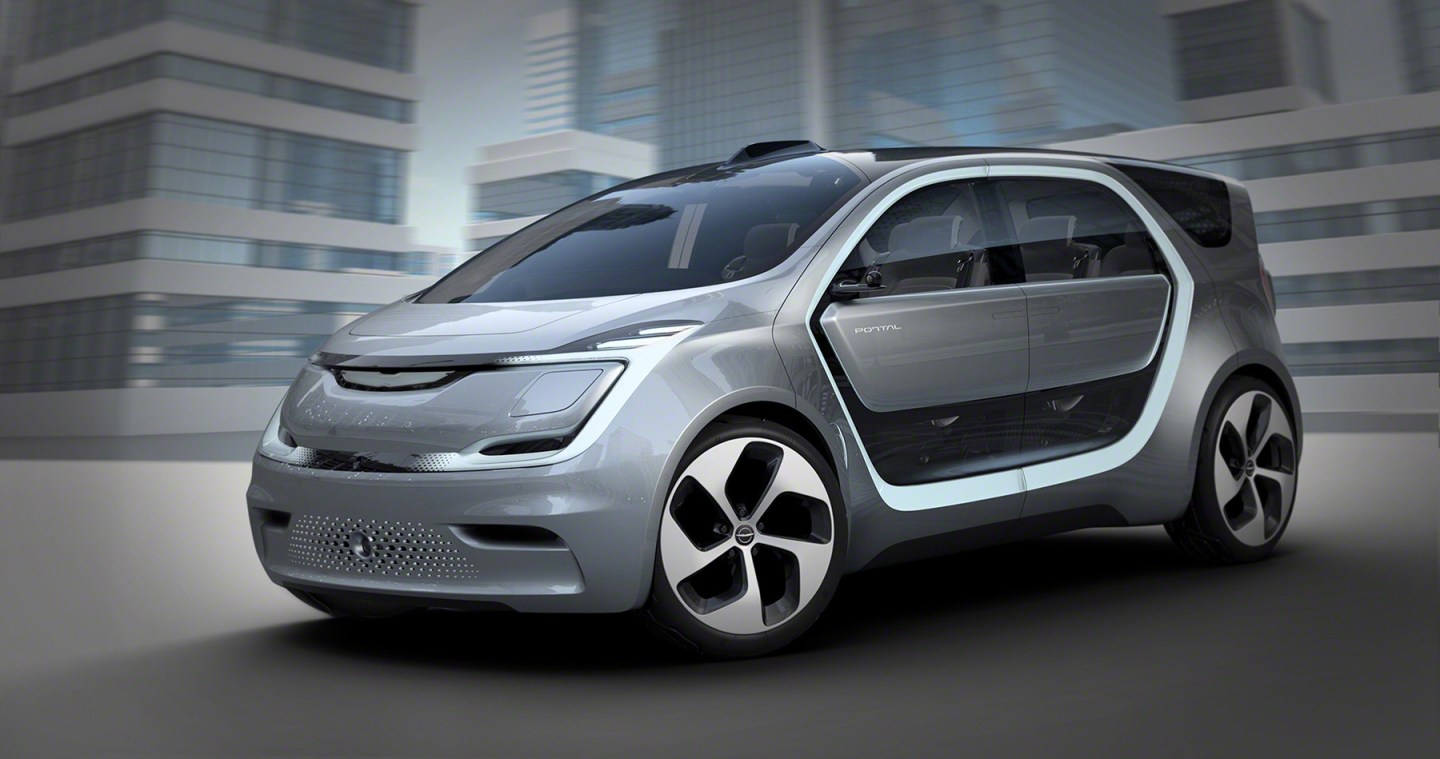 Fiat Chrysler Automobiles will reveal an electric concept vehicle at CES on Tuesday that is designed to suit the wide-ranging needs of millennial car owners.

The idea behind the Chrysler Portal is “explore the possibility of what a family transportation vehicle could look like for the millennial generation as their lifestyles evolve.” To FCA, that meant designing a concept car that would be attractive to range of ages all contained in the millennial demographic from a young single 20-something and a newly married couple to those with newborns and even older children.

The automaker focused on creating more interior space—which cars without internal gas combustion engines tend to have—loading the car with technology for passengers and the driver, as well as tech to allow for ride-hailing, car-sharing and delivery service applications. Even the seats are flexible thanks to a track system embedded in the floor that enables them to move the full length of the vehicle, fold flat, or be removed completely.

The Chrysler Portal concept is equipped with a covey of technologies—20 in all—to let drivers and passengers connect with mobile phones, cameras, tablets, and laptops. FCA (FCAU) worked with engineers at Panasonic Automotive to integrate emerging technologies such as facial recognition and voice biometric technologies to provide customized user experiences in the car. For instance, facial recognition will tell the Chrysler Portal who is in the vehicle and how to automatically deliver preferred setting such as lighting, vehicle temperature, music, according to FCA. Internet cloud-based technologies, combined with facial and voice recognition, keep those preferred settings in sync should a passenger move to another seat, the company says.

The concept vehicle leaves no technological stone unturned. It’s equipped with Level 3 autonomous driving, a designation that means it can handle all aspects of automated driving with the expectation that a human driver will respond to a request to intervene.

The concept also uses Vehicle-to-X (V2X) communication that uses a number of sensors to talk with public infrastructure, Internet, and other vehicles. A sharing feature allows a mobile device or tablet to become a community display screen when it’s affixed to a docking station on the car’s headliner (the ceiling) for easy viewing.

The driver, meanwhile, has a high-mount display located above where a traditional instrument panel would be placed. The display spans the length of the instrument panel, a choice made for greater visibility and to reduce the possibility of motion sickness while interacting with the 3-D graphics.

The vehicle is equipped with a 100-kilowatt-hour lithium-ion battery pack that give it an estimated driving range of more than 250 miles. It’s also equipped with fast-charging capabilities that can add 150 miles of range to the battery in less than 20 minutes.

This is, of course, a concept vehicle and won’t be hitting the marketplace in 2017. However, the concept does telegraph how FCA hopes to capture the millennial marketplace, a demographic of consumers who are as young as 17 and old as 35 years.