Startups Are Using Birds, Gas, and Guns to Take Down Unwanted Drones 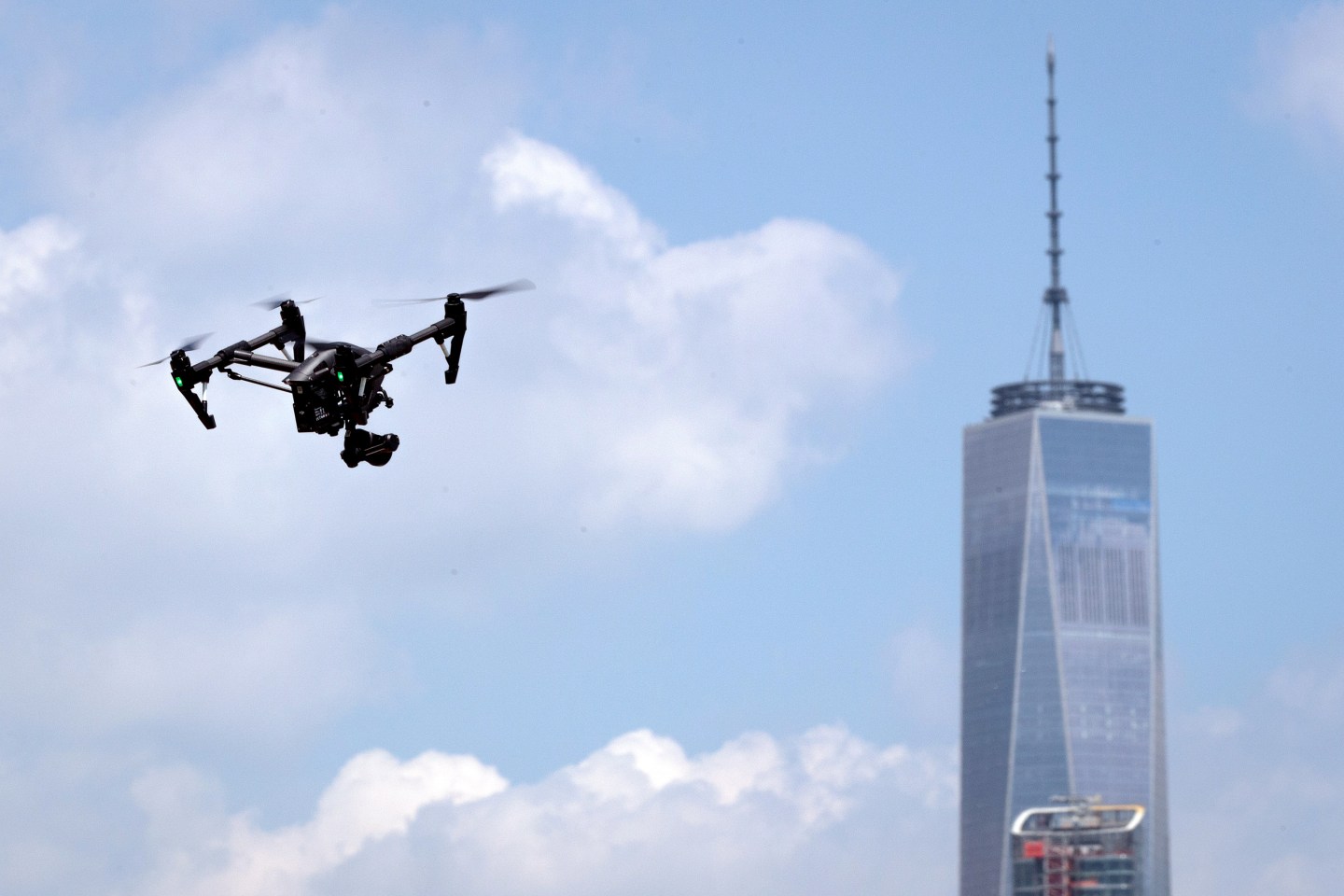 A boom in consumer drone sales has spawned a counter-industry of start-ups aiming to stop drones flying where they shouldn’t, by disabling them or knocking them out of the sky.

Dozens of start-up firms are developing techniques – from deploying birds of prey to firing gas through a bazooka – to take on unmanned aerial vehicles (UAVs) that are being used to smuggle drugs, drop bombs, spy on enemy lines or buzz public spaces.

The arms race is fed in part by the slow pace of government regulation for drones.

In Australia, for example, different agencies regulate drones and counter-drone technologies. “There are potential privacy issues in operating remotely piloted aircraft, but the Civil Aviation Safety Authority’s role is restricted to safety. Privacy is not in our remit,” the CASA told Reuters.

“There’s a bit of a fear factor here,” says Kyle Landry, an analyst at Lux Research. “The high volume of drones, plus regulations that can’t quite keep pace, equals a need for personal counter-drone technology.”

The consumer drone market is expected to be worth $5 billion by 2021, according to market researcher Tractica, with the average drone in the United States costing more than $500 and packing a range of features from high-definition cameras to built-in GPS, predicts NPD Group, a consultancy.

Australian authorities relaxed drone regulations in September, allowing anyone to fly drones weighing up to 2kg without training, insurance, registration or certification.

Elsewhere, millions of consumers can fly high-end devices – and so can drug traffickers, criminal gangs and insurgents.

Drones have been used to smuggle mobile phones, drugs and weapons into prisons, in one case triggering a riot. One U.S. prison governor has converted a bookshelf into an impromptu display of drones his officers have confiscated.

The use of drones by such groups is likely to spread, says Jenzen-Jones. “There’s an understanding that the threat can migrate beyond existing conflict zones,” he told Reuters.

This is feeding demand for increasingly advanced technology to bring down or disable unwanted drones.

At one end of the scale, the Dutch national police recently bought several birds of prey from a start-up called Guard From Above to pluck unwanted drones from the sky, its CEO and founder Sjoerd Hoogendoorn said in an email.

Other approaches focus on netting drones, either via bigger drones or by guns firing a net and a parachute via compressed gas.

Newer start-ups, however, are focusing on cracking the radio wireless protocols used to control a drone’s direction and payload to then take it over and block its video transmission.

Singapore’s TeleRadio Engineering uses RF signals in its SkyDroner device to track and control drones and a video feed to confirm targets visually.

DroneVision of Taiwan, meanwhile, says it is the first to anticipate the frequency hopping many drones use. Founder Kason Shih says his anti-drone gun – resembling a rifle with two oversized barrels, coupled with a backpack – blocks the drone’s GPS signals and video transmission, forcing it back to where it took off via the drone’s own failsafe features.

Clients, the start-up companies say, range from intelligence agencies to hotels. DroneVision, for example, helped local police down 40 drones flying around Taipei 101, one of the world’s tallest buildings and a magnet for drone users, in a single day.

In the Middle East, upscale hotels are talking to at least two companies about blocking drones from taking shots of their celebrity guests longing poolside or in the privacy of their bathrooms.

And even while the military, Jenzen-Jones says, may have the capability to bring down drones, demand is shifting to nimbler, more agile devices to cope with attacks using smaller off-the-shelf devices. “The key is looking for systems that are scalable, lightweight and easily deployable,” he said.

DroneShield, an Australian-listed company, says it has sold its drone detection equipment to an Asian national security agency it declined to identify, and the Turkish prime minister’s office.

For more on the drone market, watch Fortune’s video:

The problem, such companies say, is that regulations on the use of drones – and about countering them – are still in their infancy. In countries like the United States and Australia, for example, drones are considered private property, and they can only be jammed by government agencies.

Oleg Vornik, chief financial officer of DroneShield, however, says: “This is expected to change shortly as governments start to recognize that critical infrastructure facilities such as airports need to be able to defend themselves against drones.”

In the United States, the Federal Aviation Administration is testing various counter-drone technologies at several airports.

Interest in the space will only grow.

London will next year host the world’s first two conferences on counter-drone technologies, says Jenzen-Jones. But there will also likely be consolidation.

DroneShield’s Vornik says the company has counted 100 counter-drone start-ups, and is talking to more than a dozen of them as potential acquisition targets.

It’s too early, Vornik says, to see evidence of moves to get around anti-drone technology. But Amazon.com last month tested deliveries in the UK via drones, and published a patent describing how it might defend drones from threats, ranging from a bow and arrow to signal jammers.