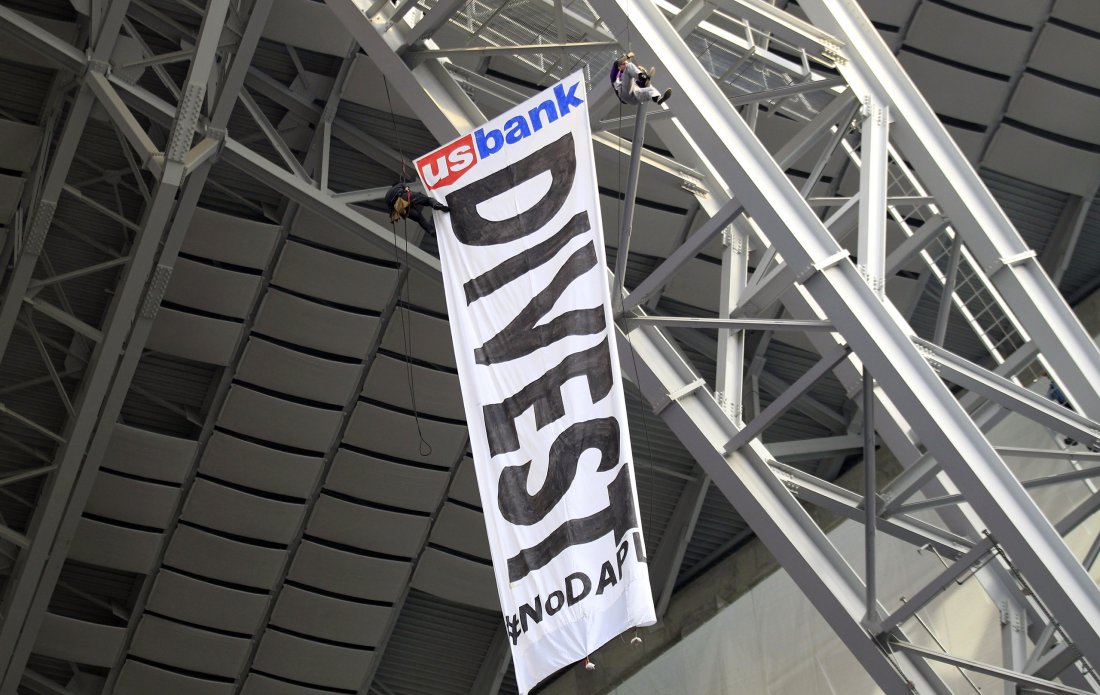 Protestors against the Dakota Access Pipeline repel from the catwalk in U.S. Bank Stadium during the first half of an NFL football game between the Minnesota Vikings and the Chicago Bears, Sunday, Jan. 1, 2017, in Minneapolis. (AP Photo/Andy Clayton-King)
Andy Clayton-King AP

Protesters who oppose the Dakota Access Pipeline dropped a large banner from the rafters of U.S. Bank Stadium in Minneapolis during a Vikings-Bears game on Sunday afternoon.

Photos posted on social media showed the banner read “U.S. Bank Divest #NoDAPL.” Two people could be seen dangling from the rafters alongside the banner, and appeared to be responsible for the drop.

The Dakota Access Pipeline has generated controversy in recent months as locals and activists have protested the project and its planned path. Organizers of Sunday’s protest released a statement to media outlets saying they targeted U.S. Bank because the company had issued a credit line to Energy Transfer Partners, the company responsible for the pipeline, the Minneapolis Star-Tribune reports. “Investors have the right to withdraw business contracts from the project, and we urge them to do so.”

Fire and police department officials were on the scene and attempting to reach the two people responsible.