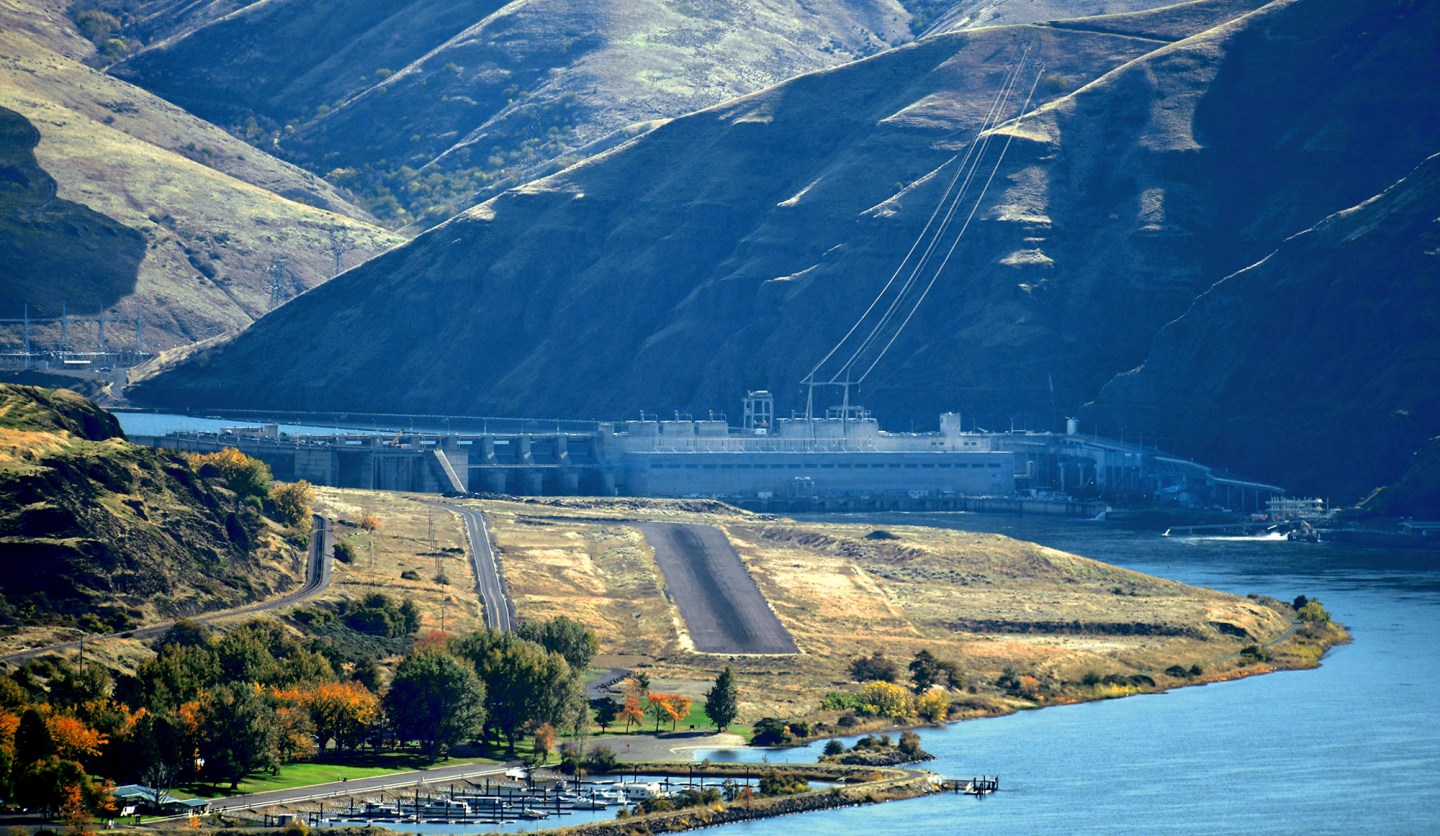 FILE - This Oct. 19, 2016, file photo shows the Lower Granite Dam on the Snake River in Washington state. A little-known federal program that avoids publicity to protect from looters the thousands of Native American sites it's tasked with managing has been caught up in a big net. The Federal Columbia River System Cultural Resources Program, which tracks some 4,000 historic sites that also include homesteads and missions, is now contributing information as authorities prepare a court-ordered environmental impact statement concerning struggling salmon and the operation of 14 federal dams in the Columbia River Basin. (Jesse Tinsley/The Spokesman-Review via AP, File)
Jesse Tinsley AP

A little-known federal program that avoids publicizing its accomplishments to protect from looters the thousands of Native American sites it’s tasked with managing has been caught up in a big net.

A federal judge urged officials to consider breaching four of those dams on the Snake River.

“Because of the scale of the EIS, there’s no practical way for us, even if we wanted to, to provide a map of each and every site that we consider,” said Sean Hess, the U.S. Bureau of Reclamation’s Pacific Northwest Region archaeologist. “There are some important sites out there that we don’t talk about a lot because of concerns about what would happen because of vandalism.”

Fish survival, hydropower, irrigation and navigation get the most attention and will be components in the environmental review due out in 2021. But at more than a dozen public meetings in the four states to collect feedback, the cultural resources program has equal billing. Comments are being accepted through Jan. 17.

The review process is being conducted under the National Environmental Policy Act, or NEPA, an umbrella law that covers the well-known Endangered Species Act. Thirteen species of salmon and steelhead on the Columbia and Snake rivers have been listed as federally protected species over the past 25 years.

But NEPA also requires equal weight be given to other laws, including the National Historic Preservation Act, which is where the cultural resources program comes in. Among the 4,000 sites are fishing and hunting processing areas, ancestral village areas and tribal corridors.

“If we’re breaching dams, it would definitely change how we manage resources,” said Gail Celmer, an archaeologist with the U.S. Army Corps of Engineers.

U.S. District Judge Michael H. Simon ordered the environmental review in May after finding that a massive habitat restoration effort to offset the damage that dams in the Columbia River Basin pose to Northwest salmon runs was failing.

Those opposed to breaching the Snake River dams to restore salmon runs say the dams are an important part of the regional economy, providing irrigation, hydropower and shipping benefits.

Meanwhile, several tribes said they are better able to take part in the review process than they once were.

Here Are the Best Construction Projects in America

“Tribes have not had much opportunity to participate in these things because they didn’t have professional staff or trained people,” said Guy Moura of the Colville Confederated Tribes in Washington state, noting the tribe employed four people in its cultural resources program in 1992 but now has 38. “With growth in size, there also came the evolution of what was being done.”

The tribe at one time had a large fishery at Kettle Falls, on the upper part of the Columbia River, but it was inundated in the 1940s behind Grand Coulee Dam. Dams farther downstream on the Columbia prevent salmon from reaching the area.

Also among the 4,000 historical sites is Bonneville Dam, one of 14 dams involved in the environmental impact statement. Bonneville Dam is the lowest dam in the system at about 145 miles from the mouth of the Columbia River. It started operating in the 1930s and became a National Historic Landmark in 1987.