Obama Lines Up a Meeting With Lawmakers, a Speech in Chicago 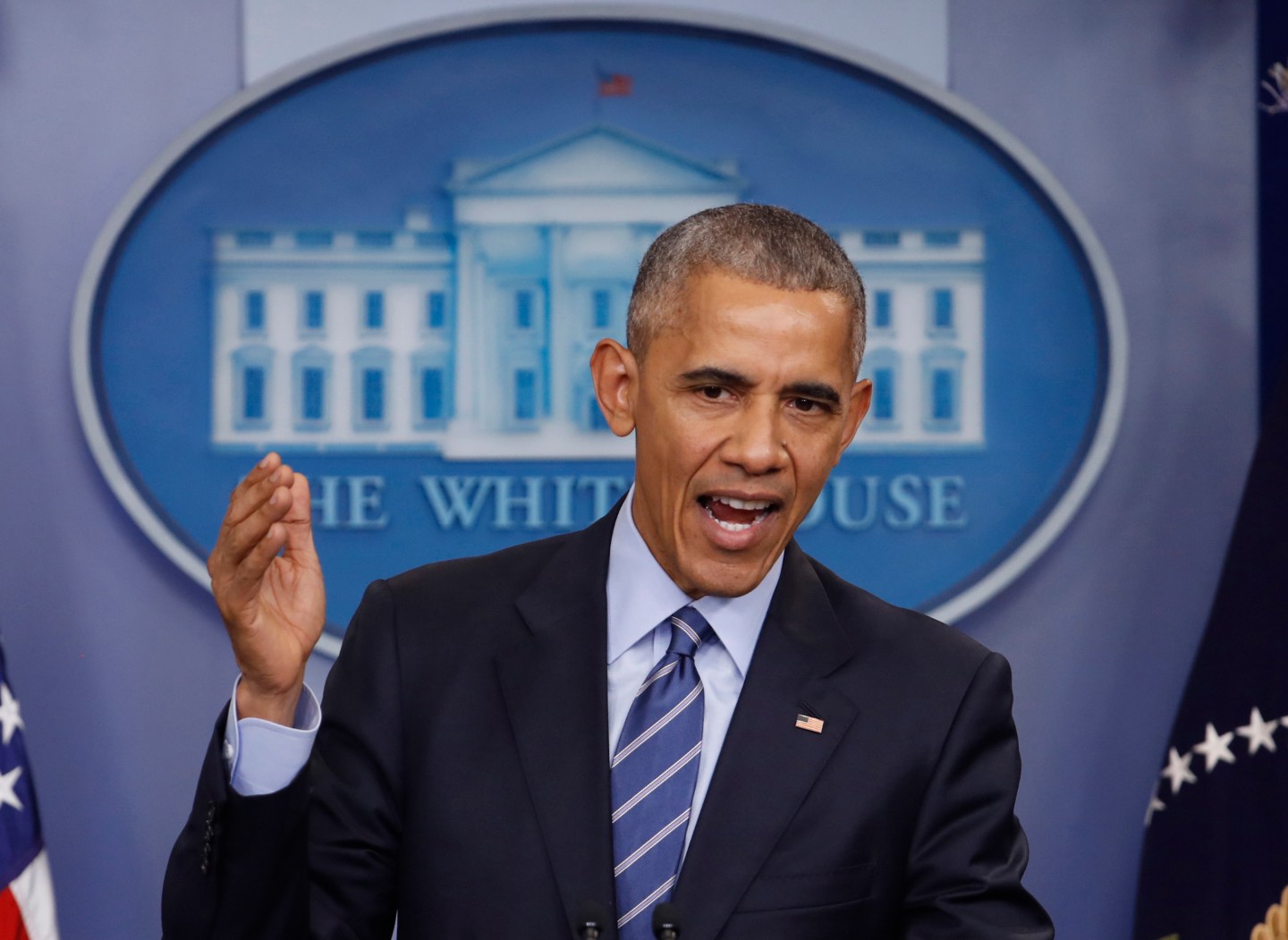 In this photo taken Dec. 16, 2016, President Barack Obama speaks during a news conference in the briefing room of the White House in Washington. President Barack Obama will strategize next week with Democratic lawmakers about how to prevent Republicans from destroying his Affordable Care Act. He'll also give a speech in Chicago on Jan. 10, 2017, that is expected to be his closing message as president. (AP Photo/Pablo Martinez Monsivais)
Pablo Martinez Monsivais AP

Eager to stop Republicans from destroying his signature health care law, President Barack Obama and Democratic lawmakers will meet next week to try to forge a common strategy. Obama also plans a major valedictory speech in Chicago, his hometown, shortly before his presidency ends.

Obama will travel to the Capitol on Wednesday morning for the meeting with House and Senate Democrats, according to an invitation sent to lawmakers. The White House is casting it as an effort to unite Democrats behind a plan to protect the law, known as the Affordable Care Act, before Republicans have a chance to settle on their own plan for repealing it.

Democrats are on edge over the future of the ACA, given the GOP’s disdain for “Obamacare” and President-elect Donald Trump’s vows to gut it. Though Republicans are united behind the notion of repealing the law, they’re split over how best to replace it. Some want to strip out unpopular provisions while leaving others intact, while other Republicans prefer a start-from-scratch approach.

It’s that lack of unanimity among Republicans that Obama and Democrats hope can be exploited, if they can lay the groundwork even before Trump takes office. To that end, Obama also planned to answer questions about the future of the health care law next Friday during a livestreamed event at Blair House, just across Pennsylvania Avenue from the White House.

Initially stunned by the defeat of Hillary Clinton, Democrats are now trying to organize a counter-attack to preserve the ACA, among the most significant expansions of the social safety net since Medicare and Medicaid were created 50 years ago. House Democratic leader Nancy Pelosi has urged her lawmakers to make health care their focus at the start of the year.

Defenders of the law have also launched a political coalition called “Protect Our Care,” bringing together more than 20 groups, including the NAACP and the Service Employees International Union.

For more on the Affordable Care Act, watch:

Since the ACA passed, about 20 million people have gained coverage and the uninsured rate has dropped to a historic low of around 9 percent. Some of the coverage gains are due to employers offering jobs with health care in a stronger economy, but most experts mainly credit Obama’s law.

A recent poll suggests that defenders of the law may get a receptive hearing from the public. Only about 1 in 4 Americans want Trump and the GOP-led Congress to completely repeal the ACA, according to a post-election survey by the nonpartisan Kaiser Family Foundation.

How Republicans Are Ruining Obamacare

“Republicans don’t fully appreciate the implications of even a partial repeal of the ACA,” said Rob Restuccia, executive director of Community Catalyst, one of the advocacy groups in the coalition trying to preserve the law. “People use the analogy of the dog that caught the car.”

Obama’s speech in Chicago on Jan. 10 is expected to serve as his closing words to the nation as president. His appearance will be open to the public and followed by a “family reunion” for alumni of Obama’s former campaigns, according to a save-the-date notice sent to Obama alumni and obtained by The Associated Press.

The White House has not confirmed Obama’s speech or trip to Chicago.