China Ushers Foreign Investors Over to Its Financial Sector 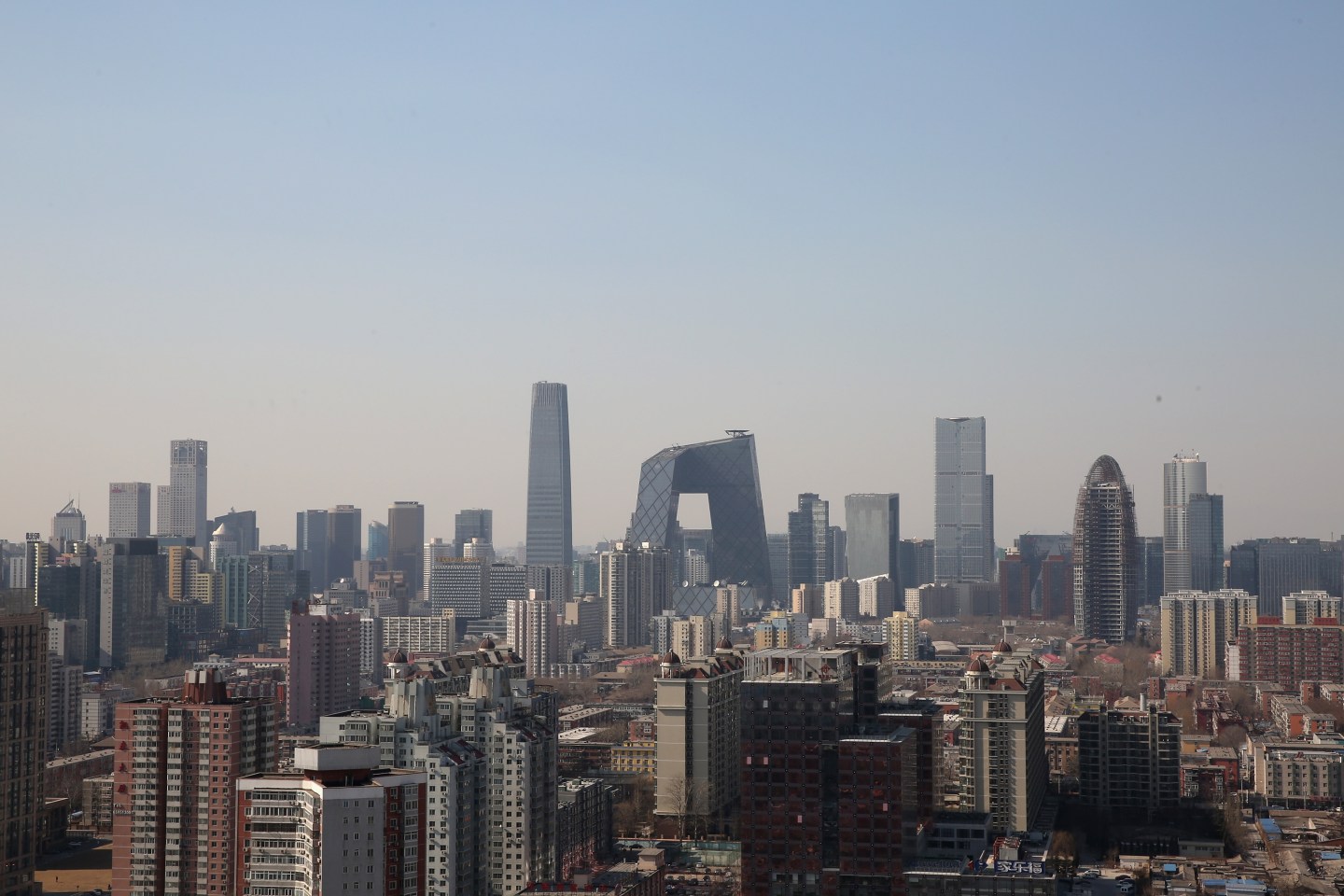 BEIJING, CHINA - FEBRUARY 19: A general view of the skyline of central business district on February 19, 2013 in Beijing, China. Large amounts of organic nitrogen compounds were found in Beijing smog in January, the worst month in recent years. Most alarming is that the Chinese Academy of Sciences says they've found organic nitrogen particles, a key component in the deadly photochemical smog in Los Angeles in the 1950s and the Great Smog in London. (Photo by Feng Li/Getty Images)
Feng Li/Getty Images

China unveiled plans on Friday to allow more foreign investment in banking, insurance, securities and credit-rating firms, as part of a wider opening up of the world’s second-largest economy.

The moves could ease some frustration among foreign firms over their lack of access, though the guidelines issued by the National Development and Reform Commission (NDRC) were short on detail.

The document issued by the state planner listed priority sectors for liberalization but was unclear over the extent and time-frame for the reforms.

The focus on liberalizing the financial sector should support China’s strategic shift towards services to reduce reliance on traditional industries for growth.

Ning Jizhe, vice chairman at NDRC, told a news conference that the government would maintain “some controls” even after easing curbs in foreign investment, but did not elaborate.

“The extent of relaxations for different areas will be different,” the official said.

Other businesses that the NDRC earmarked for opening up in the manufacturing sector included rail transportation equipment, motorcycles, edible fats and oils, and fuel ethanol.

The NDRC also said China will lift restrictions on foreign investment in unconventional oil and gas production, which usually refers to development of shale deposits.

China will also seek to open up, in an “orderly way,” sensitive areas such as telecoms, education, Internet to foreign investment, as well as relaxing foreign investment restrictions on credit-rating services, the NDRC document said.

Any further opening up to foreign firms should help redress an imbalance in investment flows, as worryingly high capital outflows have been a contributory factor behind the yuan’s depreciation to an 8-1/2 year low against the dollar this year.

While Chinese companies, from insurance to property sectors, have expanded overseas at a rapid pace, with overseas acquisitions hitting a record this year, many U.S. and European firms remain frustrated by China’s restrictions on investment.

Despite repeated pledges from Beijing to improve access, particularly in the vast financial services sector, some foreign firms became tired of waiting.

Some overseas investors in securities and asset management businesses, where foreign ownership is capped at 49%, had begun to pulling out of the sector.

The new list of areas marked for liberalization elaborated on draft foreign investment guidelines that China published earlier this month.

In the draft, restrictions in critical banking and securities sectors remained largely unchanged, though a reference to 49% foreign investment caps on some types of securities companies appeared to have been removed.

Beijing’s latest step towards opening up its economy came a day after the insurance regulator said it planned to tighten regulations on ownership structures to reduce risks that experts say are posed by overly aggressive investment in China’s stock markets.

The CIRC said it planned to reduce the upper limit of a single shareholder’s stake in an insurance company to one-third, from 51% presently.

For more on current affairs in China, watch Fortune’s video:

A consultant, who works with the regulators and some insurers, but declined to be named, said the new rules were unlikely to impact foreign insurance joint ventures, in which the overseas partners are allowed to hold up to 50%.

The CIRC is currently seeking opinion on the new rules and did not disclose when they will become effective.

The regulator is also making it much tougher for insurers to get new licenses as it seeks to reduce those risks, sources told Reuters this month.