Brother of JonBenet Ramsey Sues CBS For $750 Million Over Documentary 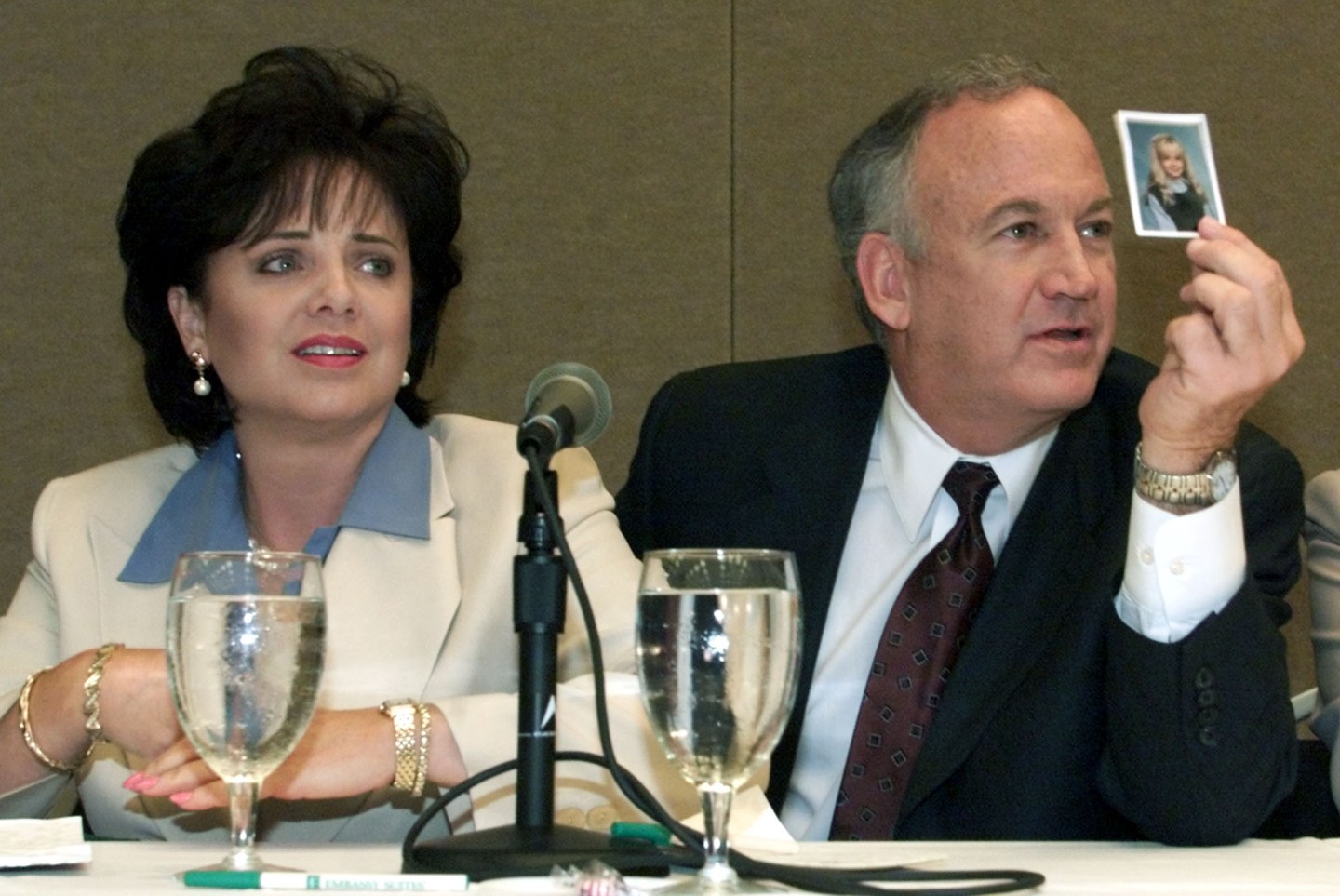 Patsy Ramsey and her husband, John Ramsey (R), produce a picture of Jon-Benet Ramsey during a press conference in Atlanta where they released the results of an independent lie detector test, May 24, 2000. REUTERS/Stringer - RTX2QWZU
© Stringer . / Reuters REUTERS

The brother of slain Colorado child beauty queen JonBenet Ramsey has filed a $750 million defamation lawsuit against CBS over a documentary aired by the network theorizing that he killed his little sister, court documents showed on Wednesday.

Burke Ramsey has been “exposed to public hatred, contempt and ridicule” over the four-hour show that was broadcast in September in two parts, according to the complaint filed in a state court in Michigan, where he lives. The program aired amid a flurry of media accounts ahead of the 20th anniversary of the girl’s death.

The bludgeoned and strangled body of 6-year-old JonBenet was found in the basement of her parents’ Boulder, Colorado, home on Dec. 26, 1996.

No one has ever been charged for the murder, but in 1999 a grand jury seated to examine the case voted to indict the parents for child abuse resulting in death.

The district attorney at the time, Alex Hunter, declined to move forward with a prosecution, citing a lack of evidence.

A spokesman for CBS declined to comment on the lawsuit. At the time of the broadcast, the network said it stood by the program and “will do so in court” if sued by Ramsey.

At the conclusion of the CBS show, a panel of experts said it was its opinion that Burke Ramsey, who was 9 at the time of the killing, struck JonBenet in the head with a heavy object.

For more about crime, watch:

The parents, John and Patsy Ramsey, then staged the crime scene to make it appear an intruder was the culprit, the group opined.

The lawsuit asks for $250 million in compensatory damages $500 million in punitive damages against CBS, the production company that produced the show, and the experts who re-examined the case.

In an interview on the Dr. Phil talk show that aired before the CBS documentary, Burke Ramsey denied harming his sister and said he suspected a pedophile who stalked beauty pageants killed her.

“Defendants’ accusation that Burke Ramsey killed his sister was based on a compilation of lies, half-truths, manufactured information, and the intentional omission and avoidance of truthful information about the murder of JonBenet Ramsey,” the lawsuit said.

Investigators announced this month that they will submit evidence to the Colorado Bureau of Investigation’s forensics laboratory for advanced DNA testing that was unavailable when earlier samples were screened.