Here’s What ‘Animal Spirits’ Could Do to Stocks in 2017 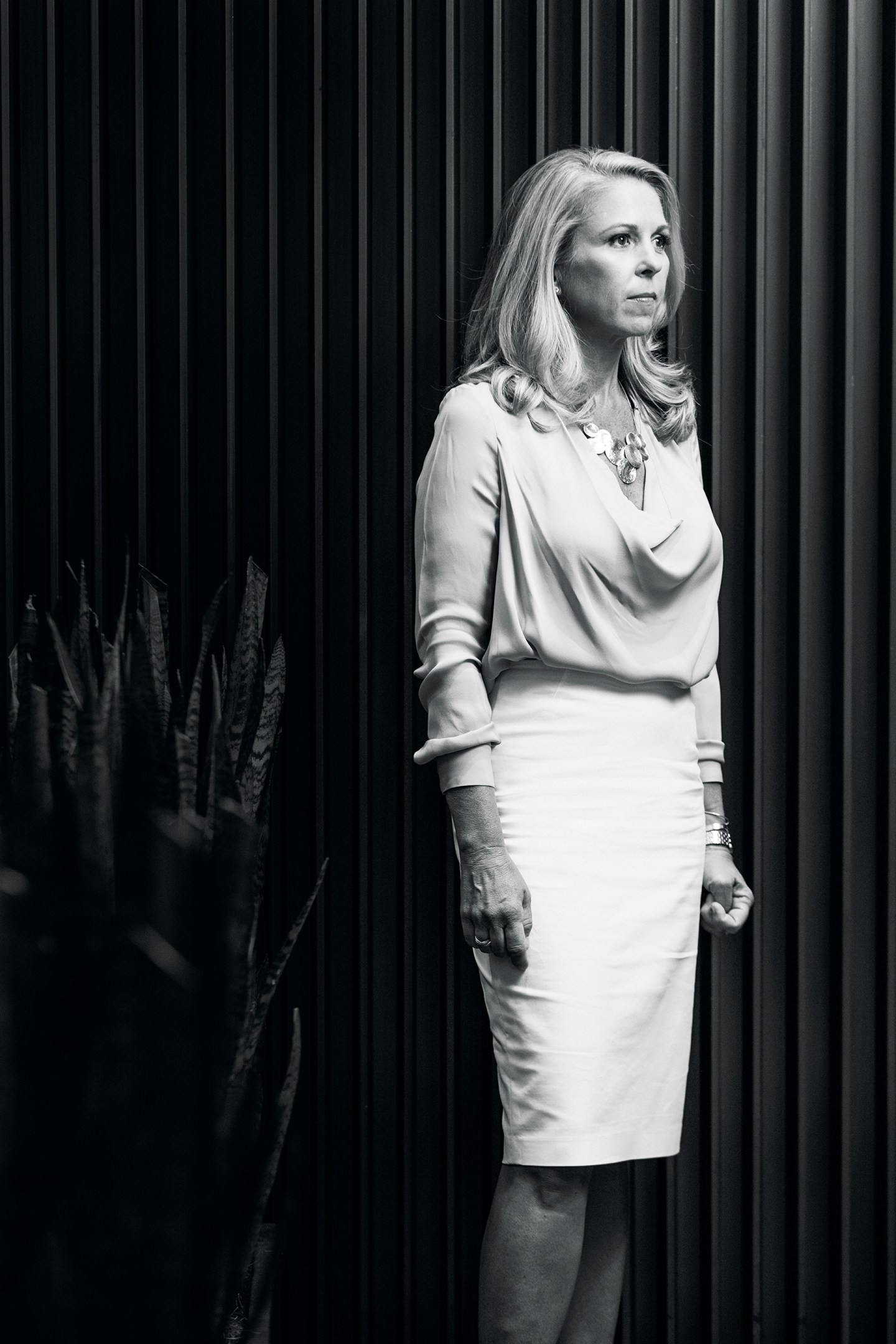 Financial giant Charles Schwab (SCHW) oversees $2.7 trillion in assets, including more than 10 million active brokerage accounts. The breadth of that customer base gives Liz Ann Sonders, Schwab’s longtime chief investment strategist, a unique role—as both a source of advice to those legions of “retail” clients and an observer of their behavior.

So it’s worth noting that Sonders sees a revival of “animal spirits” since November’s election, an optimism that’s driving small investors to put more money in stocks and accept the risks that come with them. As she notes, that trend could skew negative if it goes too far: With stock valuations already at historic highs after a long bull market, the risk of a euphoria-driven bubble has grown. Sonders spoke about this issue and more with Fortune.

FORTUNE: Markets climbed pretty steadily after the election. What do you think drove that?

SONDERS: The uncertainty factor lifted, and you just can’t help but wonder whether that uncertainty was such a weight that regardless of who won, the fact that at least we knew who the ultimate victor was would have been enough to incite a rally.

Certainly going from kind of an antibusiness environment to more of a pro-business environment is a big factor. I think there is a more important shift, from monetary policy being the only game in town to one where fiscal policy has taken on greater importance. And maybe the biggest positive is that animal spirits appear to be reviving. It’s across the spectrum from investors to consumers to businesses. That is something we have been lacking in the economy. And I think one of the more important things to focus on heading in to 2017.

So how will those spirits shape what you’re going to be watching in the new year? Do they make inflation more likely, and could that hurt stocks?

We do think we’re in a reflationary period. The trick is keeping that pickup in inflation in check. I do think it is possible that rising inflation puts a downward pressure on [stock price] multiples. But at the same time, we’re looking at pretty big boost in the underlying earnings.

We don’t publish S&P earnings targets or dollar forecasts for earnings. But I’ve seen estimates for calendar year 2017, of increases in S&P earnings of as much as six to eight bucks, purely based on the tax piece of [Donald Trump’s economic agenda].

And [earnings] were rising anyway, just because we’ve seen the reversal in the energy sector, which caused a massive swing in earnings looking into 2017. So that provides support for [stock] valuations.

What other themes are you keeping an eye on?

Fed policy has been a big factor in markets, and I think that continues to be the case. The market’s going to have to start to digest a faster pace of interest-rate hikes in 2017 than what we have gotten used to, as the economy grows. Related to that is whether inflation really heats up: I think that could be a risk factor.

But I also think that the cap-ex cycle is important. If we get tax reform, particularly corporate tax reform, and it’s in conjunction with repatriation, the big open question is, If that money comes back, where does it go? Does it go to financial engineering, i.e., increased dividends and buybacks, which has been the game in the last several years? Or does it go to debt pay down? Or does it finally start to go into productivity enhancing, long-term capital spending?

What sectors of the stock market are you recommending to clients right now?

We have a relative overweight recommendation to U.S. equities vs. developed international equities. And then, within U.S. equity, we have a slight bias toward small-caps.

And why is that?

A stronger dollar tends to hurt multinationals more than the more domestically oriented small-caps. Small-caps also tend not to have the same tax breaks as bigger companies. That means they generally pay a higher effective tax rate—and therefore benefit to a greater degree from potential tax changes.

Are there any less widely followed indicators that you’re keeping a close eye on?

There’s a set of indexes put out by finance blog Sentiment Trader: They call them the Smart Money/Dumb Money Confidence indices. What I like about them is they’re not attitudinal measures of sentiment. They’re looking at what these two cohorts of investors are actually doing, the positions they’re taking. It tends to be sort of institutional money vs. retail [small investor] money, but a little more nuanced than that. Unfortunately, it’s not telling a great story right now. The smart money is getting less optimistic, and the dumb money is getting more optimistic.

I look at fund flows, for traditional mutual funds and ETFs. And what’s remarkable about this bull market since it began is that on a cumulative basis, not a single dollar of net new money has come into U.S. equity [funds]. Which is unheard-of in an eight-year bull market.

But in the last few weeks, that tide has shifted. After years and years and years of massive, massive inflows into bond funds and equally massive outflows out of domestic equity funds, we’ve finally started to see that shift. The so-called great rotation that for years everybody has been waiting for. It may be real this time.

Is that a lot of “dumb money” coming off the sidelines?

No, this is not just individual investors. Hedge funds’ net long exposure never got much above the low fifties [in percentage terms] in this entire bull market. Pension funds have more fixed-income exposure than equity exposure.

The answer is that companies have been buying back their own stock. And that’s been the biggest support of the market. We may be now shifting to an environment where corporations buy less of their own stocks, but investors actually buy more stock.

We’ve been talking for the past year about whether we were in a maturing bull market and whether we’ll have to get used to a low-return environment. It seems like a “great rotation” could counterbalance that.

Generally when you go from the more mature phase to sort of the end of the stock-market cycle, it tends to be an environment of excess euphoria. What to me is remarkable is that all we’ve done, almost in this entire bull market, is bounce back and forth between panic and relief. We haven’t gotten anywhere near the kind of euphoria that exists at major bull-market peaks.

That’s what we may be seeing change right now. That’s the most interesting facet to watch, and I would say there’s both an opportunity and a risk. Because historically when optimism grows to euphoria, sure enough that’s right at the peak of the bull market. And then the bear market starts and the euphoria quickly turns into uneasiness.

Then we’ll have a much different conversation.

Here are some of Sonders’s investing themes for 2017:

Bank on it
Sonders sees financial stocks as cheap relative to their potential for growth, with bank earnings likely to get a boost from both rising interest rates and deregulation. Bank stocks that other experts currently like include Bank of America (BAC) and Citigroup (C).

Power down
A hunt for dividend income led investors to pour money into high-yielding utility stocks in 2016. Sonders thinks they’re too expensive now.

A version of this article appears in the January 1, 2017 issue of Fortune with the headline “Keeping an Eye on the Animals.”