Debbie Reynolds’ Last Words Were ‘I Want to Be with Carrie,’ Son Says 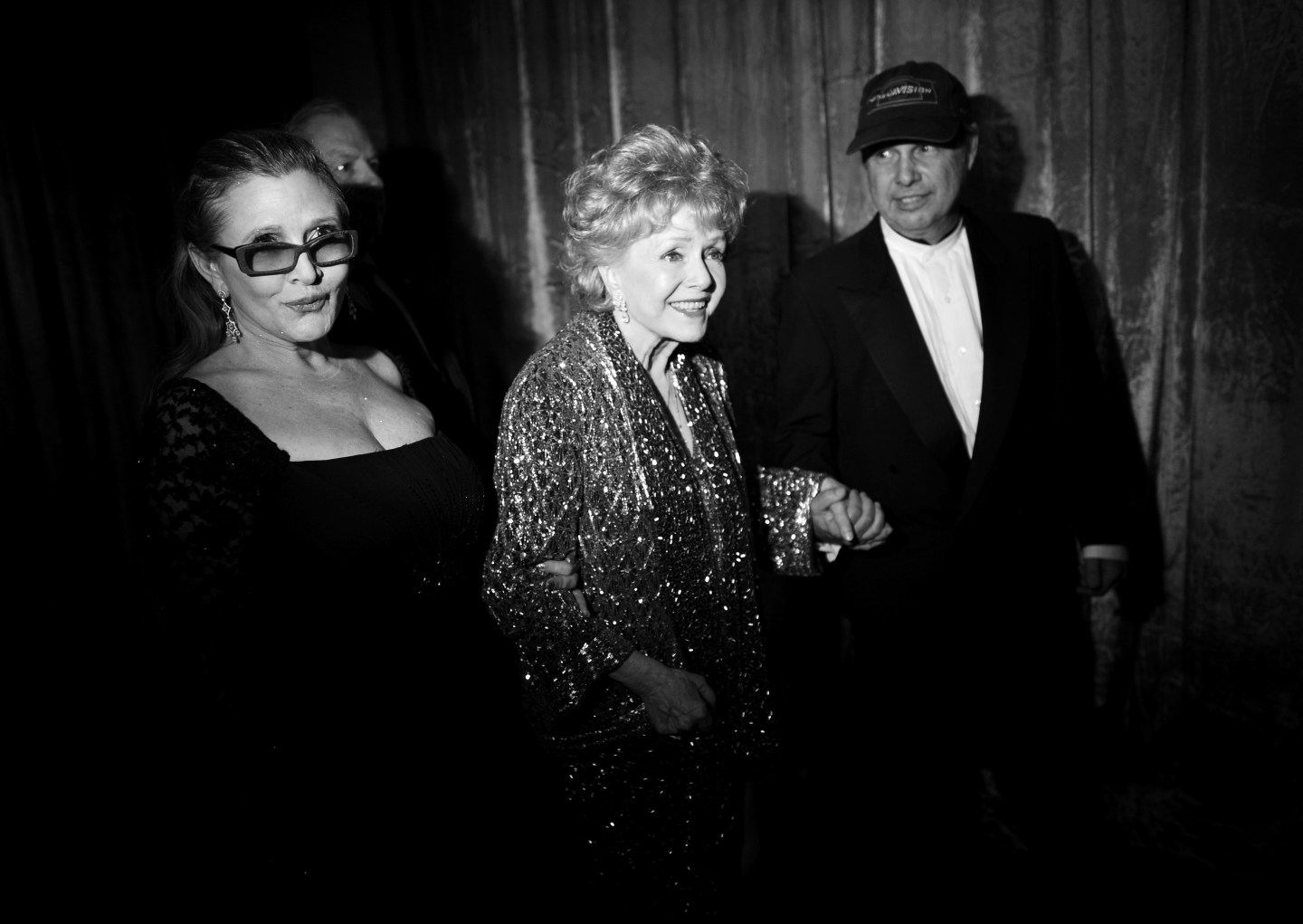 Debbie Reynolds, who died at the age of 84 on Wednesday, was only thinking about daughter Carrie Fisher in her final moments.

The Singin’ in the Rain icon told her son, Todd Fisher, hours before her stroke: “I miss her so much, I want to be with Carrie,” according to TMZ.

Todd also spoke to Variety, saying “She wanted to be with Carrie.”

Reynolds was at her and Fisher’s Beverly Hills property when she had to be rushed to the hospital for a possible stroke on Wednesday afternoon, PEOPLE confirmed.

Fisher died on Tuesday at the age of 60 after suffering a heart attack onboard a plane.

On Tuesday, Reynolds had taken to social media to thank fans for their support in the wake of her daughter’s death.

“Thank you to everyone who has embraced the gifts and talents of my beloved and amazing daughter,” Reynolds, 84, said on Facebook. “I am grateful for your thoughts and prayers that are now guiding her to her next stop.”

Reynolds had one of those classic Hollywood discovery stories. Born Mary Frances Reynolds in El Paso, Texas, to parents Maxine and Raymond, she moved with the family around age 7 to Burbank, California. It was in the Miss Burbank beauty pageant, when Reynolds was 16, that a talent scout from Warner Bros. discovered her and signed her to a contract with the powerhouse studio.

Asked what the turning point was in her career, Reynolds told PEOPLE in 2011, “Winning this contest, which was unusual. My suit came from the Salvation Army … I didn’t have high heels. There were talent scouts, and they thought I was a funny little kid. They took me to Warner Brothers and signed me up.”

Reynolds also took it upon herself to heal fractured relationships. After years of tension with daughter Carrie, the two had a rapprochement, maintaining a close relationship until Reynolds’ death. Reynolds even made up with Taylor, approaching her on the Queen Elizabeth cruise ship and rekindling a friendship of “many, many years,” she recalled. They starred together in the 2001 TV movie These Old Broads, written by Carrie.