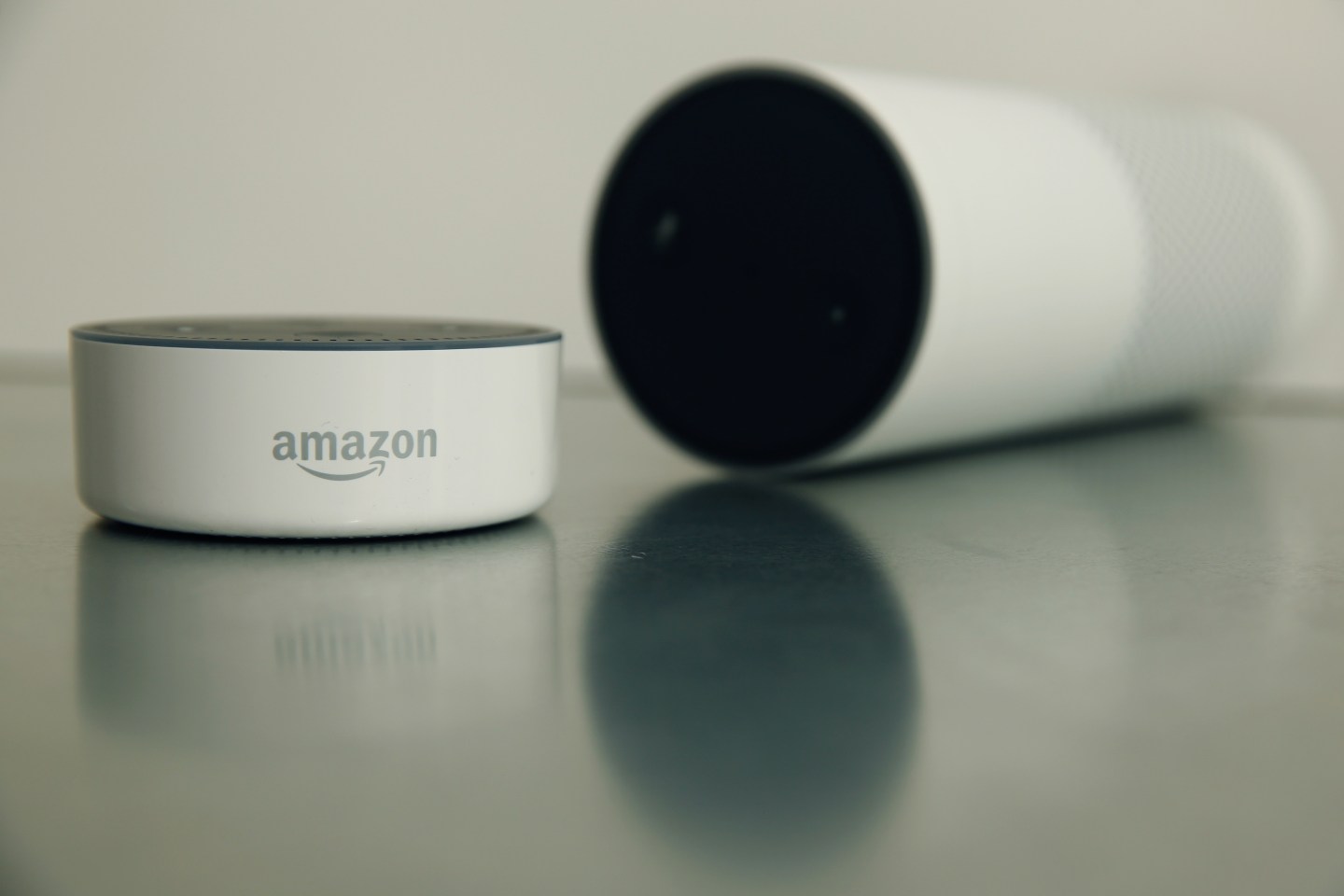 In its typically elliptical style, Amazon is claiming another blockbuster holiday season, highlighted by strong relative growth in sales of its own gadgets.

The Seattle-base company issued a press release today that indicates customers “gifted a record-setting number of devices from the Amazon Echo family, with sales up over 9x compared to last year’s holiday season and millions of Alexa devices sold worldwide this year.”

“Echo and Echo Dot were the best-selling products across Amazon this year, and we’re thrilled that millions of new customers will be introduced to Alexa as a result. Despite our best efforts and ramped-up production, we still had trouble keeping them in stock,” Jeff Wilke, Amazon’s CEO of Worldwide Consumer, said in a statement.

The company did not provide any actual sales figures.

Instead, it offered the 9x comparison for its Echo line, a gadget that has indeed proved to be a hit for the company, thanks to its well-reviewed voice-activated Alexa feature. Amazon (AMZN) also said it sold “millions” of Alexa-enabled gadgets, including the Echo Dot, Fire TV Stick, Fire tablet, and Amazon Echo.

That’s about it for details of gadget sales, though.

Amazon also noted that it shipped “more than one billion” items with Prime and Fulfillment services, and that “more people around the world tried Prime this holiday season than any previous year,” though, again, it didn’t actually say how many.

Shopping on its mobile app grew 56% this holiday season.