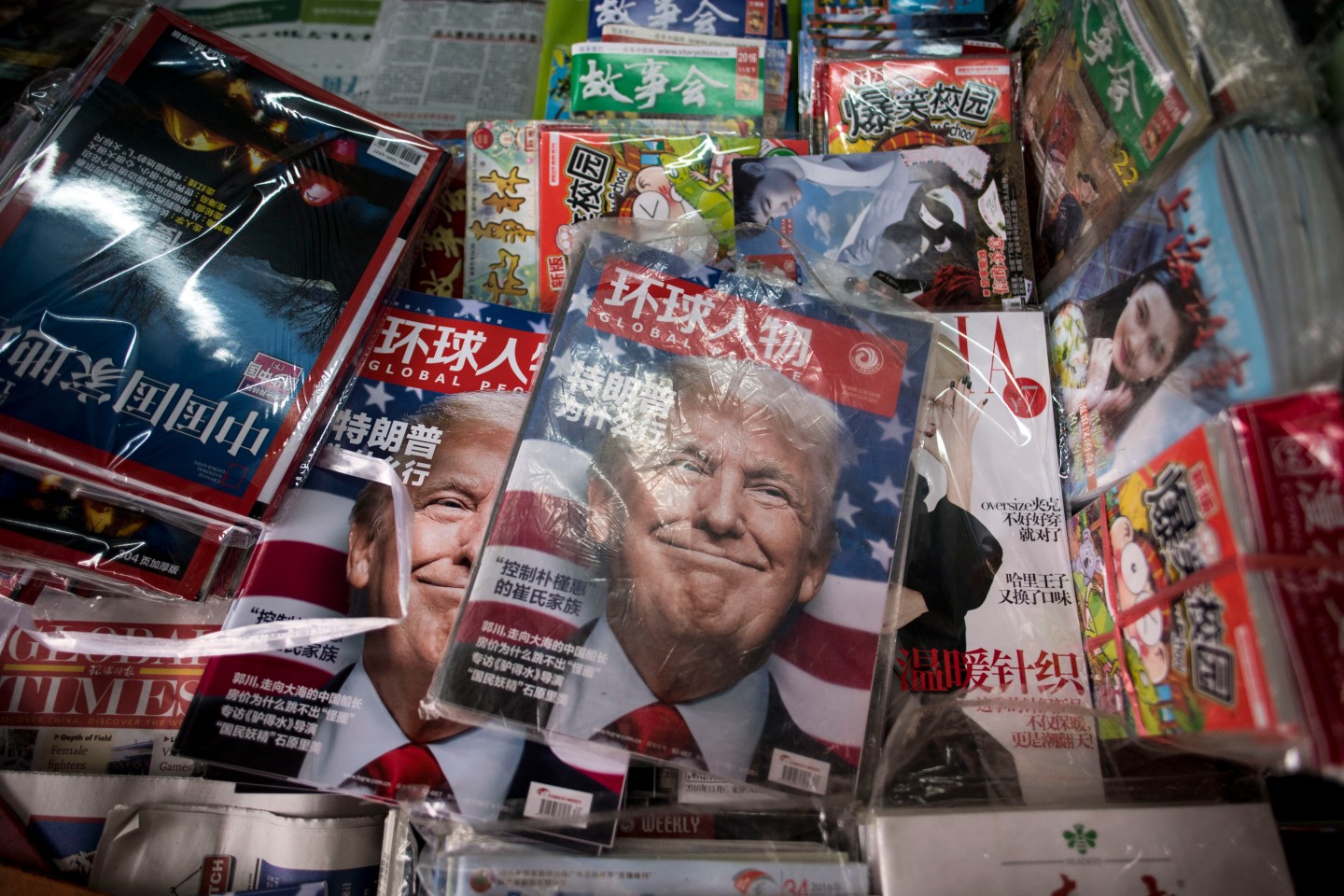 Copies of the local Chinese magazine Global People (C) with a cover story that translates to "Why did Trump win" is seen with a front cover portrait of US president-elect Donald Trump at a news stand in Shanghai on November 14, 2016. Chinese President Xi Jinping and US president-elect Donald Trump agreed November 14 to meet "at an early date" to discuss the relationship between their two powers, Chinese state broadcaster CCTV said. / AFP / JOHANNES EISELE (Photo credit should read JOHANNES EISELE/AFP/Getty Images)
Photograph by Johannes Eisele —AFP/Getty Images

China’s president, Xi Jinping, used to be the antagonistic one in the U.S.-China relationship. Since taking office in 2013, he has overseen the militarization of the South China Sea, increased censorship of Western content, and boosted regulation of Western companies. But Trump has turned the tables in a way previous administrations never dared, at least publicly. He invoked a third rail in China—Taiwan’s independence—in what he intimated was a bargaining tactic for tariff negotiations, yuan devaluation, and North Korea’s nuclear armament. Chinese officials were befuddled—about as much as Western watchers have been over Xi.

A version of this post appears as a sidebar to the article “Here’s How Donald Trump Can Win a Trade War With China” in the January 1, 2017 issue of Fortune with the headline “The World’s New Antagonizer-in-Chief.”