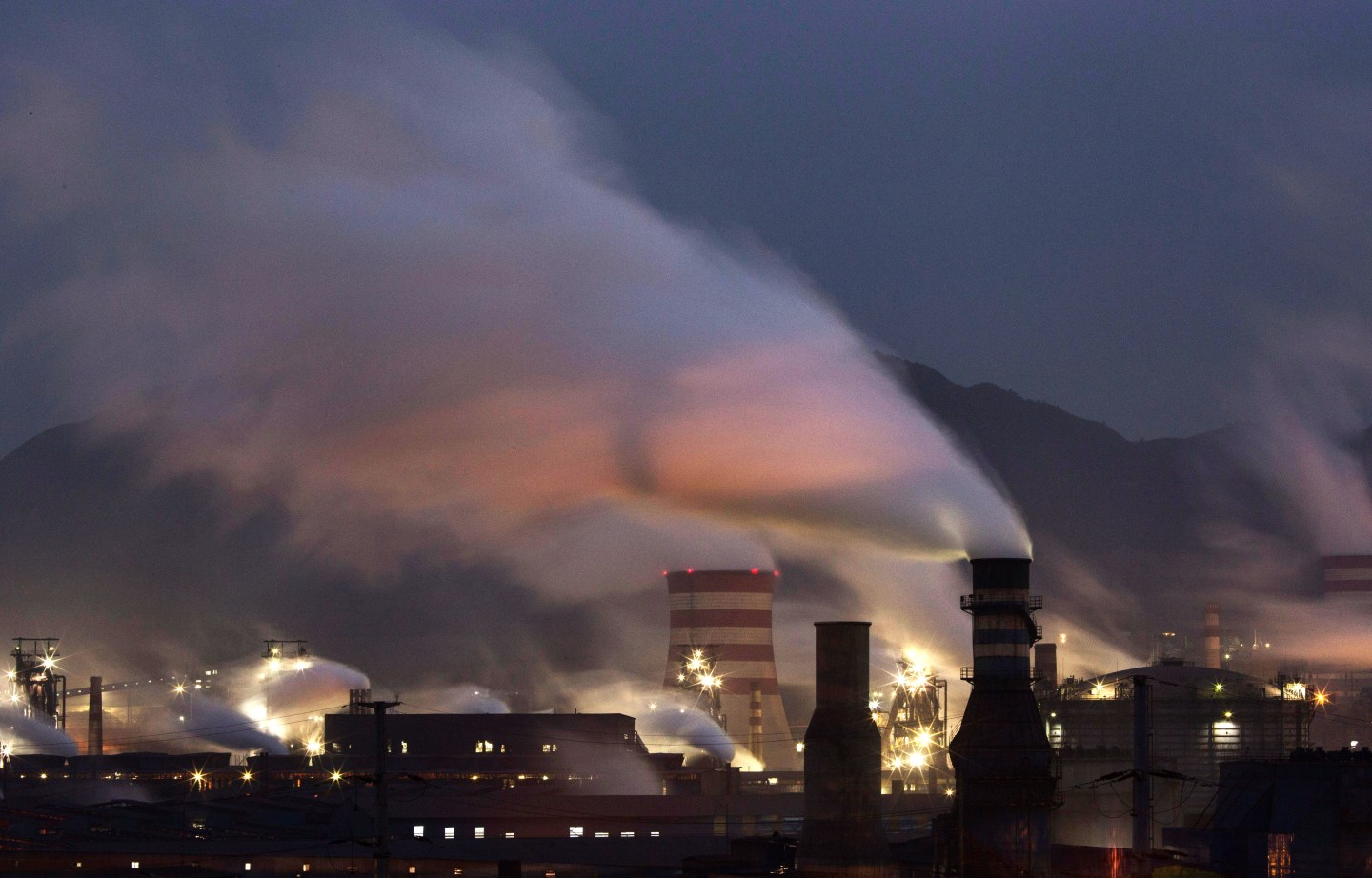 HEBEI, CHINA - NOVEMBER 19: Smoke billows from smokestacks and a coal fired generator at a steel factory on November 19, 2015 in the industrial province of Hebei, China. China's government has set 2030 as a deadline for the country to reach its peak for emissions of carbon dioxide, what scientists and environmentalists cite as the primary cause of climate change. At an upcoming conference in Paris, the governments of 196 countries will meet to set targets on reducing carbon emissions in an attempt to forge a new global agreement on climate change. (Photo by Kevin Frayer/Getty Images)
Kevin Frayer—Getty Images

China has passed a landmark environmental protection law that will hit land, water, and air polluters with penalty taxes when it comes into effect in January 2018.

The legislation imposes a levy on emissions of nitrogen oxide and sulphur dioxide—two of the main components of the choking smog that has engulfed China in recent weeks. It also imposes taxes on mine tailings and ash belched by coal-fired power plants, the South China Morning Post reports.

According to analysts, China’s new imposts could be sufficiently stringent as to force the closure of some dirty companies.

“This sends a clear message to the industry: you change, or you die,” Shi Lei a professor at Beijing’s Tsinghua University told the Post. The legislation could be a historic “turning point,” Shi added.

Yuan Ying, assistant manager at Greenpeace East Asia’s office in Beijing, told the Post that although the penalties might not go far enough, the law constituted “significant progress in tackling pollution problems though taxation.”

Questions remain over how consistently the law will be implemented, but its passing goes someway to answering critics—notably Donald Trump’s pick for the White House National Trade Council, Peter Navarro—who say that China’s cavalier attitude to pollution had unfairly stacked terms of trade in the Middle Kingdom’s favor.

For more on China and the environment, watch Fortune’s video:

Conspicuous in its absence from the pollutants list is carbon dioxide, the most important greenhouse gas. Radioactive waste produced by nuclear power plants is also outside the parameters of the new law.