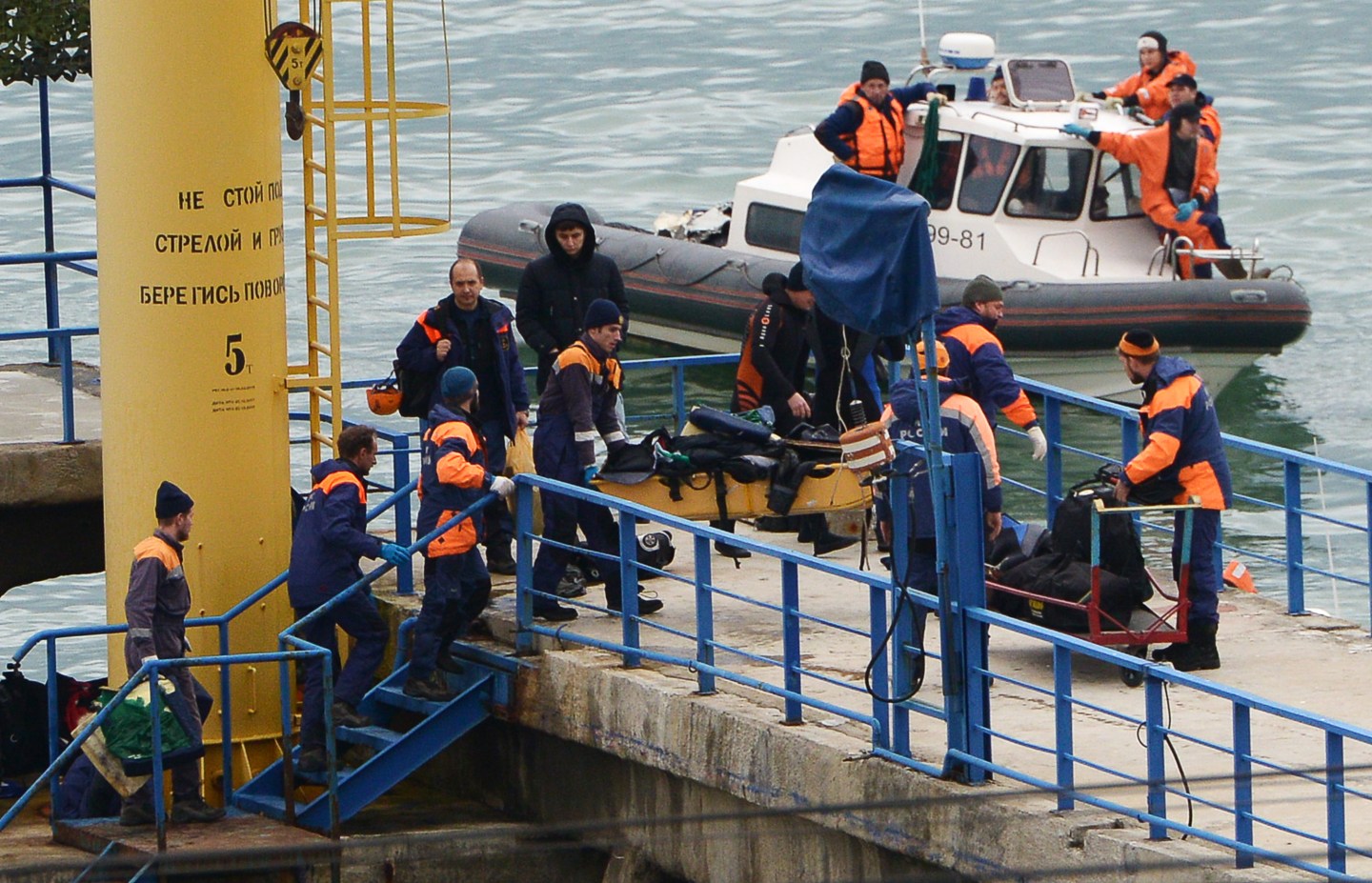 SOCHI, RUSSIA - DECEMBER 25, 2016: A search and rescue operation at the crash site of a Russian Defense Ministry plane. A Tupolev Tu-154 plane of the Russian Defense Ministry with 92 people on board crashed into the Black Sea near the city of Sochi on December 25, 2016. The plane was carrying members of the Alexandrov Ensemble, Russian servicemen and journalists to Russia's Hmeymim air base in Syria. Fragments of the plane were found about 1.5km from Sochi coastline. Artur Lebedev/TASS (Photo by Artur LebedevTASS via Getty Images)
Artur Lebedev Artur Lebedev/TASS

Syrian President Bashar al Assad told Russia on Sunday he was saddened by the crash of a Russian military plane on its way to Syria but the countries’ fight against Islamist militants would not be affected.

In a condolence message sent to Russian President Vladimir Putin, Assad said the two countries were partners in the “fight to lay the foundations of stability, security and peace” in Syria.

“Our prayers are with you … our sorrows and joys are one,” Assad told Putin.

“The plane had dear friends who had come to join us and the people of Aleppo in their joy with victory and Christmas feasts.” Russian-backed Syrian forces ousted the last rebels from the city of Aleppo on Thursday after years of fighting.

The TU-154 carrying 92 people, including dozens of Red Army Choir singers, dancers and orchestra members, crashed into the Black Sea on its way to Syria on Sunday, killing everyone on board, Russia said.

Russian jets have, since the rebel pullout, resumed heavy bombing of rebel-held Aleppo countryside and also the northwestern Idlib province where Islamist rebels are the dominant force, rebels and a war monitor said.