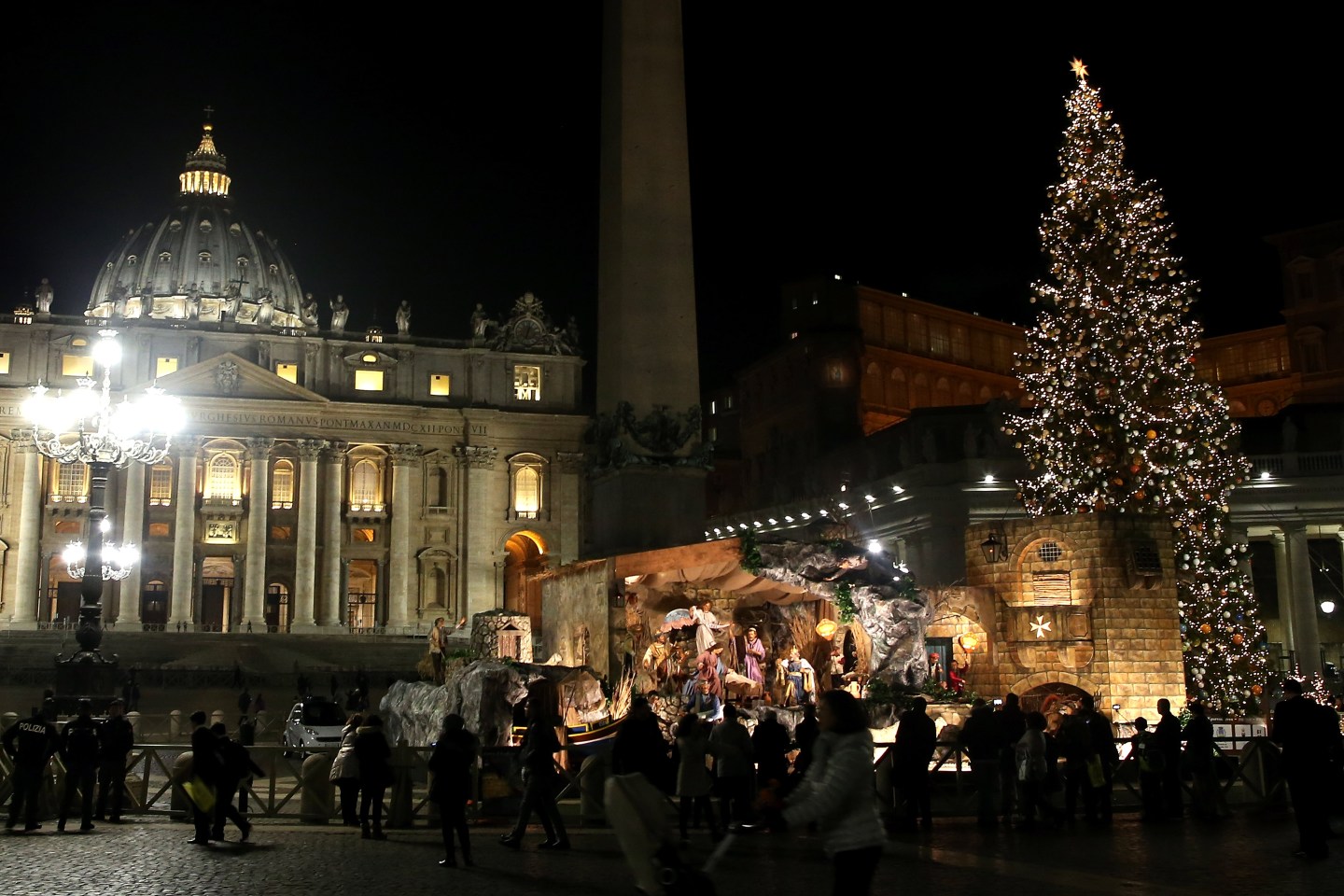 ROME, ITALY - DECEMBER 14: A Nativity scene and a Christmas tree stand illuminated in St. Peter's Square on December 14, 2016 in Rome, Italy. Christmas nativity scene in Saint PeterÕs square includes a traditional Maltese fishing boat donated by the government and Archdiocese of Malta. Although the number of migrants arriving in Malta by boat has decreased in recent years, for Pope Francis, the boat was a reminder of 'the sad and tragic reality of migrants on boats making their way toward Italy.' (Photo by Franco Origlia/Getty Images)
Franco Origlia Getty Images

Pope Francis will lead Christmas Eve Mass at the Vatican, known as the Midnight Mass, to ring in Christmas and celebrate the birth of Jesus.

The annual Mass is being held at St. Peter’s Basilica. The Vatican has been celebrating Christmas all week. According to Vatican Radio, the Pope delivered Christmas greetings to Vatican employees and their families on Thursday. The Pope also met with his predecessor Pope Emeritus Benedict XVI for an exchange of Christmas greetings.