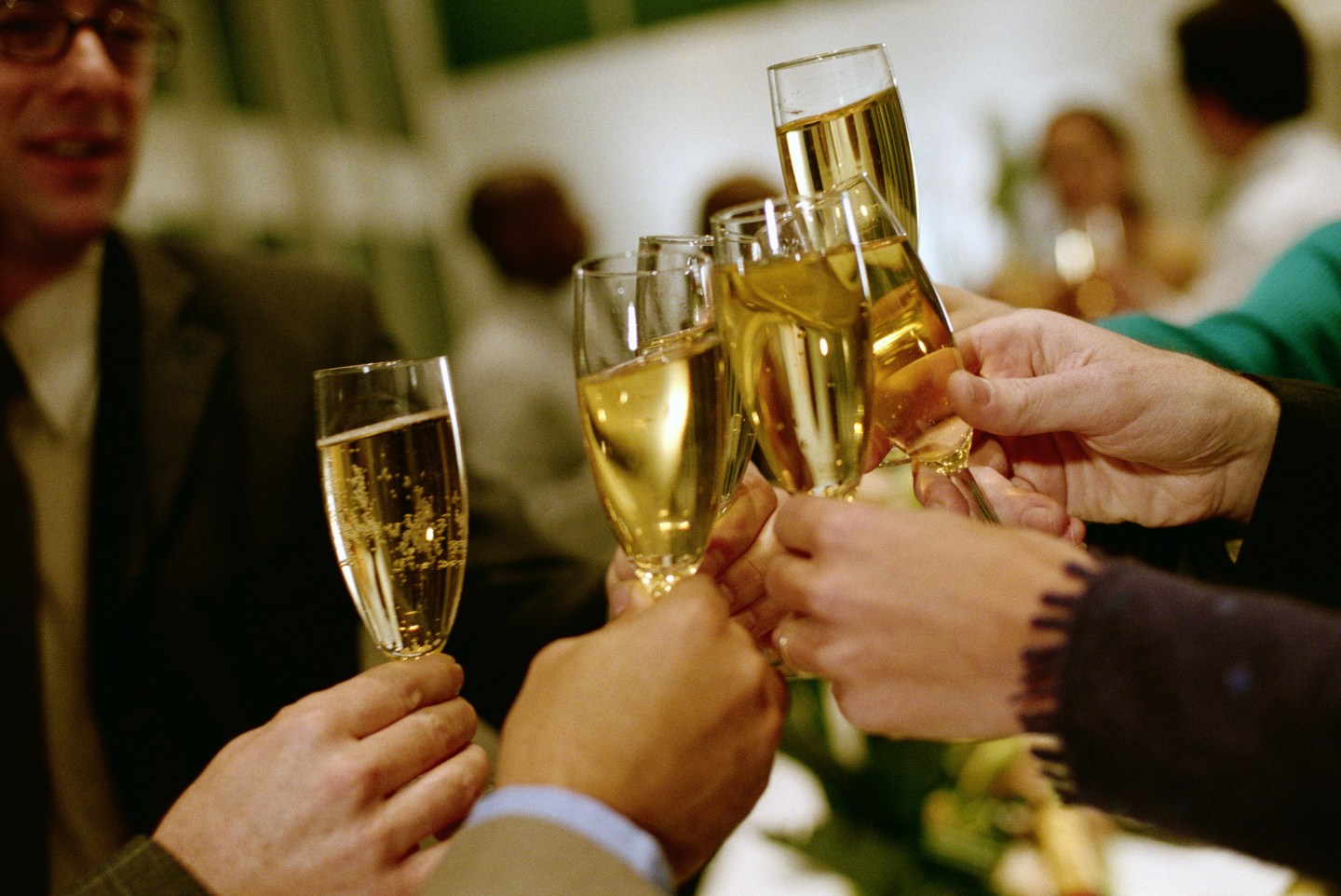 Wall Street holiday parties this year took place in luxury venues like the Waldorf Astoria, featured women dressed as glowing angels, and had fine wine, scotch and bourbon on hand.

But organizers of the soirées, conscious of tighter budgets and public scrutiny, are not eager to discuss the merriment.

Catering managers and event planners said that while holiday party spending is still down relative to its pre-financial crisis peak, Wall Street is starting to come back on the scene.

“It’s a more optimistic climate,” said Bill Spinner, director of catering at The Pierre, a Taj Hotel in New York.

The number of Wall Street firms with holiday events at The Pierre was steady this year, he said, but more people attended.

Other planners said the atmosphere was lighter in 2016, with winter wonderland and carnival themes featuring such flourishes as giant snow globe photobooths and game stations.

Representatives of some firms said they were reticent to discuss the parties because they have tried to keep such events out of the news since the financial crisis. One argued his firm’s party was more austere than in prior years, and that festive Instagram photos with ostentatious hashtags misrepresented it. Others declined to comment at all.

B. Allan Kurtz, managing director at New York events venue Gotham Hall, which hosts about half a dozen Wall Street holiday gatherings each year, said the standard budget is $100,000 to $200,000.

Spending is similar to what it was in the years leading up to the crisis but then the money went further, Kurtz said. It works out to about 20 percent more than today’s dollars adjusted for inflation. One expensive feature that has been absent since 2008 is a hired celebrity entertainer or singer.

Private-equity firm KKR used Gotham Hall for its party, which Kurtz declined to comment on.

Whatever they spend, most firms want to keep their events out of the public eye, he said. “They don’t want people to know they are hosting a party.”

Parties thrown by PIMCO in London and Credit Suisse in Poland, where the bank has one of its largest back office operations, this year each had Great Gatsby themes, recalling the 1920s era of decadence and social change.

PIMCO’s featured a “flash mob” of dancers from a company called Brazilian Fantasy, while Credit Suisse’s was full of young men and women in “Roaring 20s” garb, according to Instagram posts.

AQR Capital, the hedge fund firm run by Cliff Asness, had a carnival-themed bash at luxury Manhattan event venue Cipriani. One attendee’s photo showed champagne being poured into a glass through a poof of nitrogen steam, and carried the caption: “Snakes, clouds, swords, oh my!”

Blackstone’s fête was held in a Waldorf Astoria ballroom whose balconies were decked with red, green and white boughs. Hundreds of partygoers were making merry in formal attire. There were a few dresses, too, but the New York crowd appeared to mostly be men.

The Pierre’s Spinner said the typical Wall Street holiday party has changed from stuffy buffet-style dinners with seating arrangements to networking events where guests mingle while drinking wine and noshing on high-end appetizers.

“There was a real emphasis on making events different but watching costs at the same time,” he said.