There Already Is Something Like a Muslim Registry, and Peter Thiel Owns it 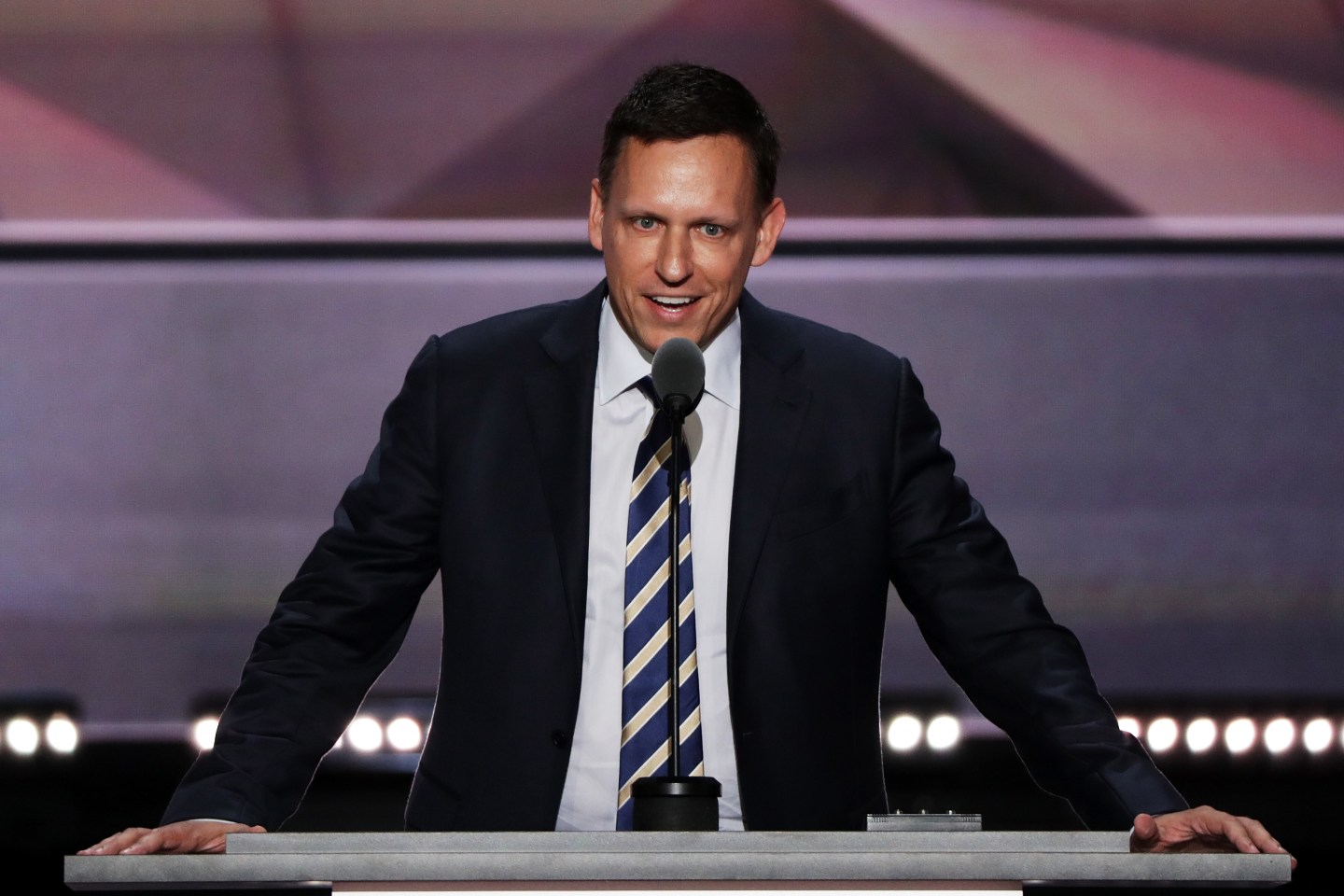 CLEVELAND, OH - JULY 21: Peter Thiel, co-founder of PayPal, delivers a speech during the evening session on the fourth day of the Republican National Convention on July 21, 2016 at the Quicken Loans Arena in Cleveland, Ohio. Republican presidential candidate Donald Trump received the number of votes needed to secure the party's nomination. An estimated 50,000 people are expected in Cleveland, including hundreds of protesters and members of the media. The four-day Republican National Convention kicked off on July 18. (Photo by Alex Wong/Getty Images)
Alex Wong—Getty Images

Although he talked about the idea a number of times during the election campaign, Donald Trump hasn’t said whether he is actually planning a “Muslim registry,” or some other way of tracking immigrants with an Islamic background. But according to some recently released documents, the underpinnings of such a system may already exist, thanks to a company called Palantir.

Palantir is a highly secretive and somewhat controversial startup founded and controlled by Silicon Valley billionaire Peter Thiel, now a senior adviser to the next president. Named after the far-seeing orbs used by wizards in the Lord of the Rings stories, Palantir is a data-analytics company that does work for agencies like the NSA and the FBI.

According to documents obtained by the Electronic Privacy Information Center, the $20 billion company is already working closely with the U.S. Customs and Border Protection agency on a system that tracks citizens and determines whether they are a risk.

The system, known as the Analytical Framework for Intelligence, pulls data from a host of federal, state, and local law-enforcement databases to create profiles of individuals, including personal details, travel histories, and even social relationships. It also allows border guards and intelligence agents to cross-reference data and theoretically detect patterns of behavior.

This kind of data analysis is Palantir’s bread-and-butter, according to those familiar with the work of the secretive startup. And the name of the Thiel company appears regularly throughout the documents that EPIC received as a result of a lawsuit, implying that much of the threat modeling and other analysis uses Palantir’s technology.

What the EPIC documents suggest is that President Trump might not even have to create a specific thing called a Muslim registry—U.S. immigration and border-security agencies have already built something that can effectively serve the same purpose if they want it to do so. And it just happens to be powered by a company that is controlled by the President’s senior technology adviser.