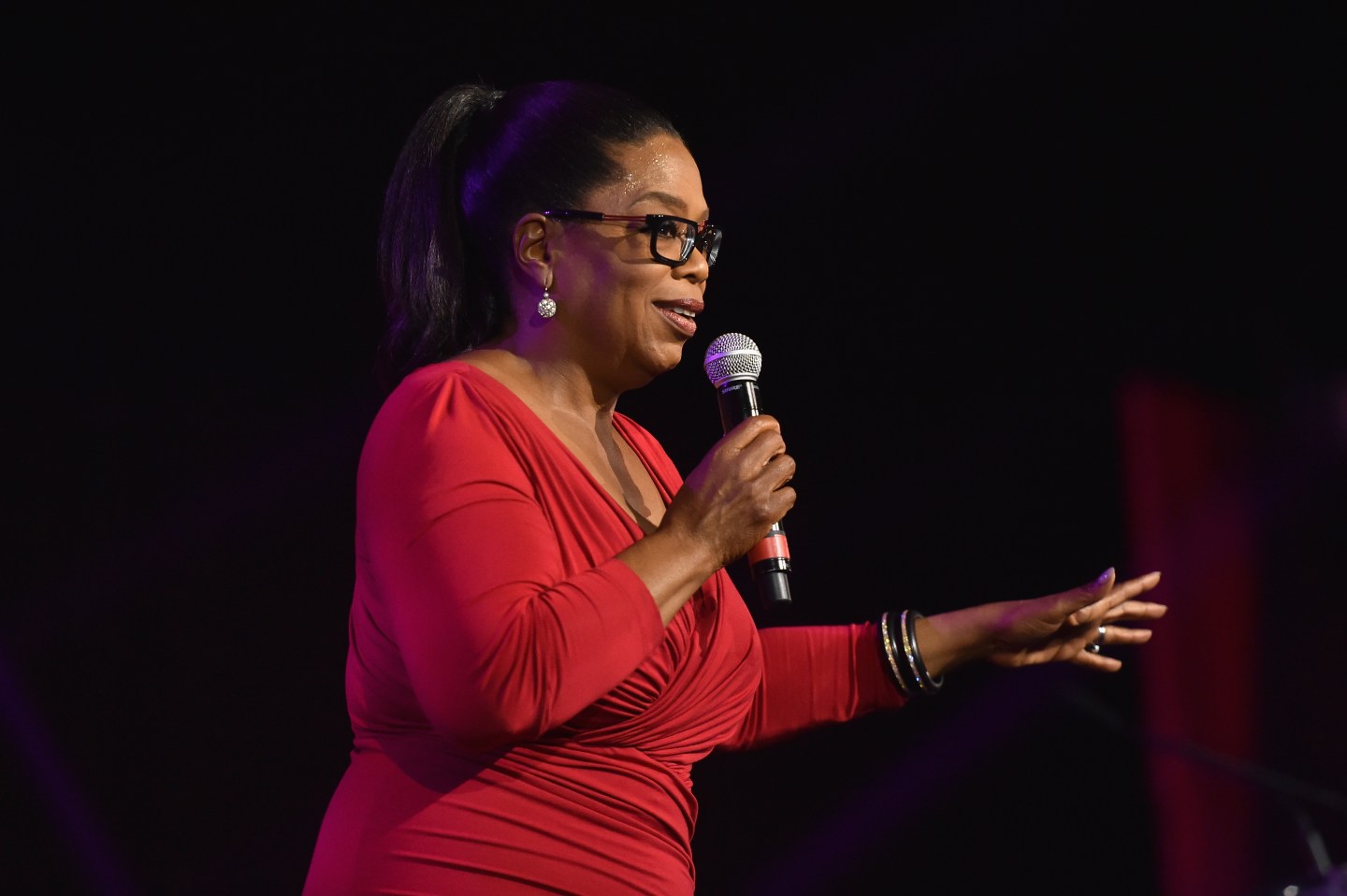 Who invests in your company really matters.

Of course, Winfrey has a vested interest in the diet company. Last October, The TV talk show host and entrepreneur bought more than 6 million shares of company stock worth $43 million, according to documents filed with the Securities and Exchange Commission. That stock purchase, worth 10% of the company at the time, was part of a strategic relationship that gave Oprah a seat on the company’s board. It also granted both Weight Watchers and Oprah to use each other’s brand names for marketing purposes.

At the time, Weight Watchers granted Winfrey stock options of an additional 3 million shares, worth 5% of the company, according to the SEC.

Weight Watchers was founded in 1963 by entrepreneur Jean Nidetch, an overweight Brooklyn, N.Y., housewife reportedly obsessed with eating cookies. She came up with the idea of combining a weight loss program with support group meetings, the first of which took place over a local pizza shop.

Winfrey has been charged with updating the image of the company from one that offers weight loss products, to one that is a lifestyle brand.

Weight Watchers stock leapt about 75% following news of the purchase last year, according to news reports. Until that point, the company had been struggling with sagging stock price and more than $2 billion in debt, according to Bloomberg.

Winfrey, who has openly struggled with weight loss challenges, received more than $12 million in compensation from Weight Watchers in 2015, according to SEC documents.