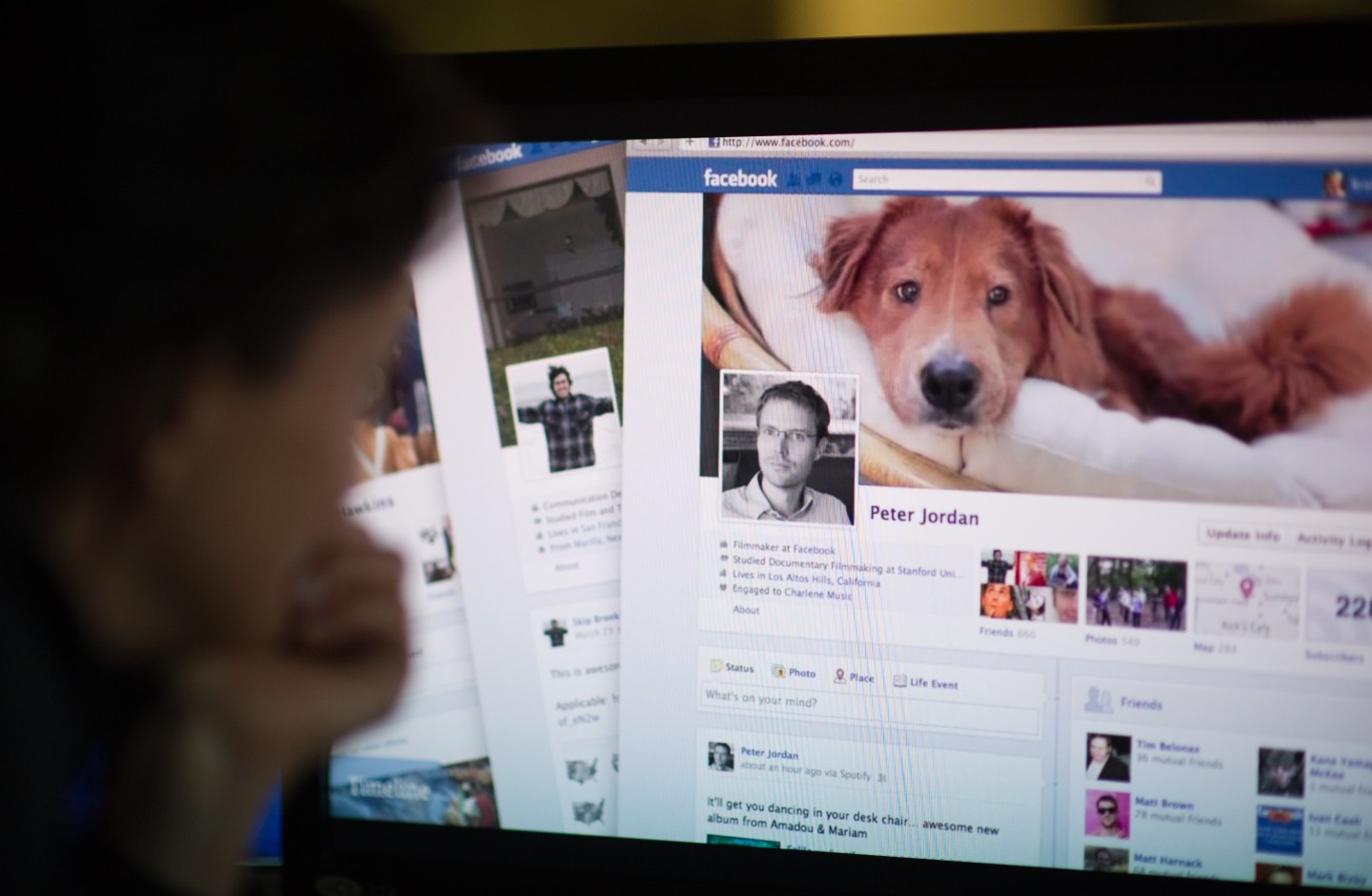 A woman watches a Facebook promotional video ahead of the company's IPO, in Washington on May 8, 2012. Facebook, already assured of becoming one of the most valuable US firms when it goes public later this month, now must convince investors in the next two weeks that it is worth all the hype. Top executives at the world's leading social network have kicked off their all-important road show on Wall Street -- an intense marketing drive ahead of the company's expected trading launch on the tech-heavy Nasdaq on May 18. AFP PHOTO/Mladen ANTONOV (Photo credit should read MLADEN ANTONOV/AFP/GettyImages)
Mladen Antonov — AFP/GettyImages

Facebook said on Wednesday that government requests for user account data rose 27% in the first half of 2016 compared to the second half of last year, with U.S. law enforcement agencies topping the list.

Government requests for account data globally rose to 59,229 from 46,710 and more than half contained a non-disclosure order that prohibited the social networking website from notifying users.

Requests for content restriction, the number of items restricted for violating local laws, decreased by 83% from the second half of 2015, Facebook (FB) said in a blog post.