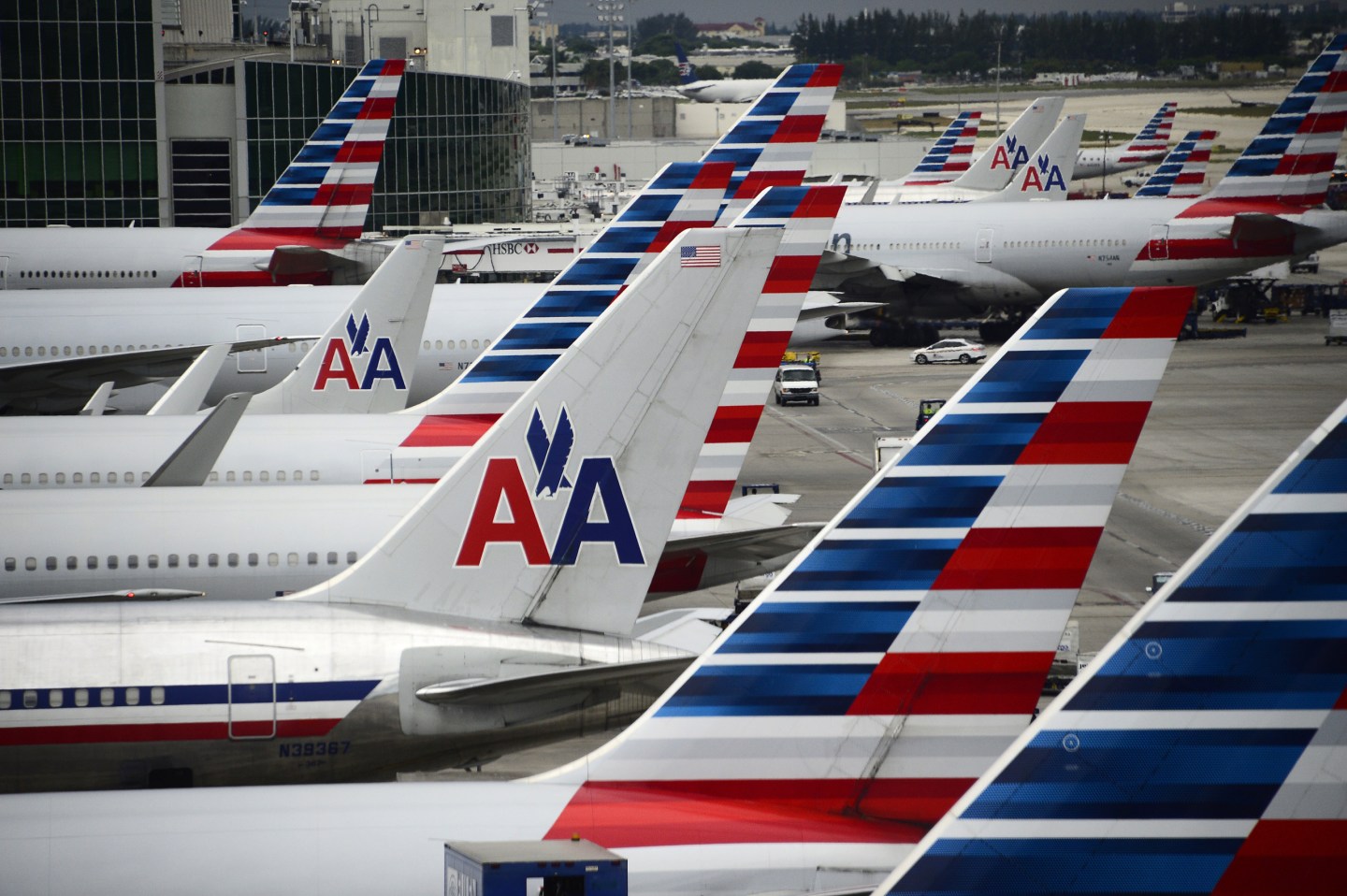 The Manhattan federal jury awarded nearly $5.1 million, a fraction of the up to $73 million American Airlines was seeking at trial. But the sum automatically will be tripled under federal antitrust law.

American Airlines (AAL) was suing under the name of US Airways, the carrier it merged with in 2013. US Airways had filed the lawsuit in 2011.

American Airlines welcomed the verdict, saying it hoped the jury’s finding that Sabre had violated federal antritrust law in a 2011 contract with US Airways could result in changes in how the airline’s services are sold.

The jury rejected a separate claim that Sabre conspired with its competitors to not compete with each other.

Sabre (SABR) said in a statement that it continued to believe it had operated “fairly and lawfully.” The company said it would seek to have the verdict set aside and, if unsuccessful, pursue an appeal.

The case concerned fees that Sabre and other travel reservation systems collect from airlines to display flights for booking.

At trial, Chuck Diamond, a lawyer for American Airlines, contended that Sabre used its power in the industry to “bully” airlines into paying unfair fees and signing unfair contracts that suppress competition and maintain its position.

The lawsuit claimed that provisions of a 2011 contract between US Airways and Sabre, including those governing what fares the airline makes available to a computerized network by Sabre used by travel agents, harmed competition.

The airline also contended that Sabre conspired with its competitors to not compete with each other for airline content like flight and fare information at the expense of consumers and innovation.

Sabre denied conspiring with competitors, and said its contract with US Airways benefited competition. Chris Lind, a lawyer for Sabre, told jurors US Airways was far from powerless as it could leave the network, causing agents to stop using it.