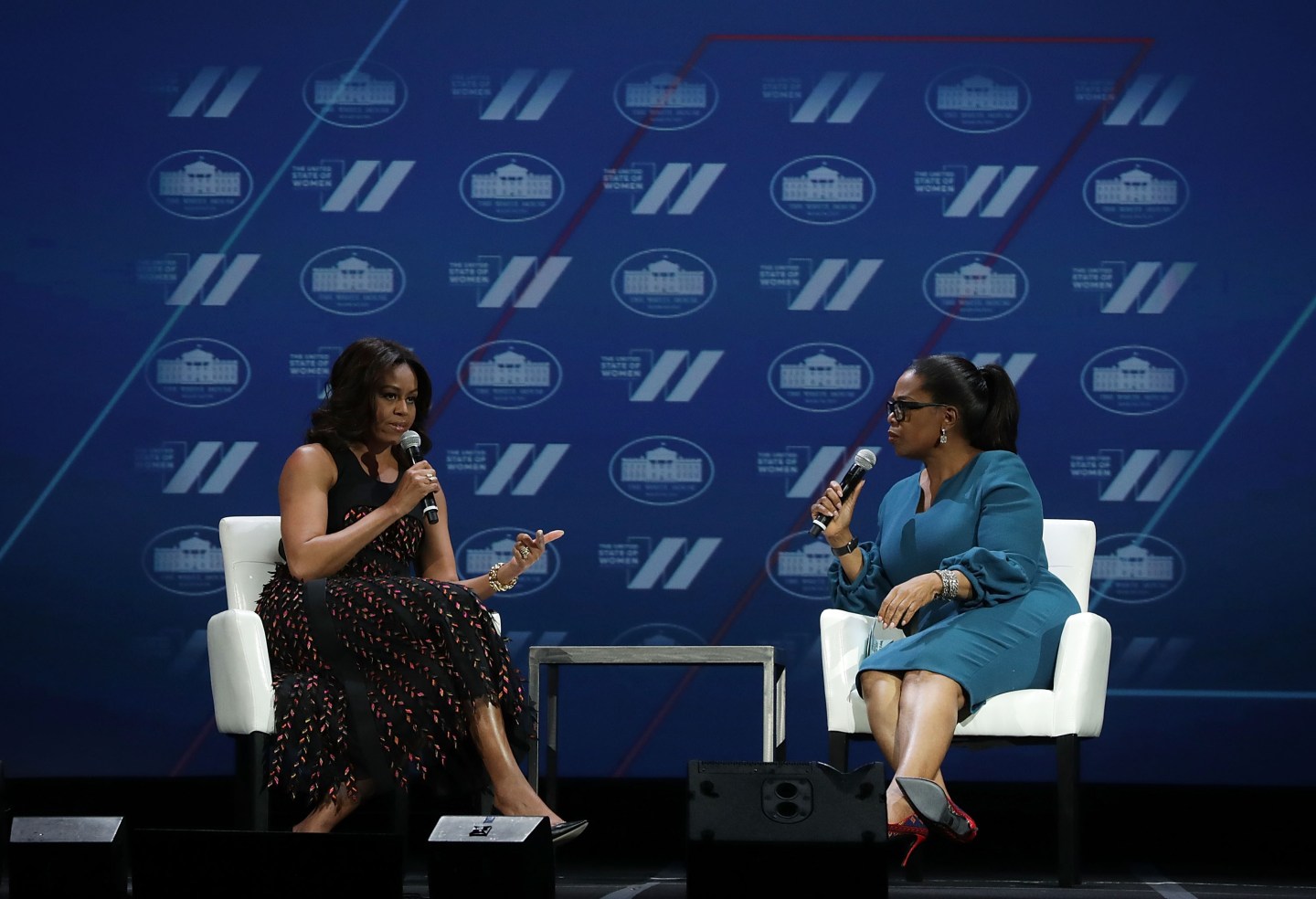 First Lady Michelle Obama said watching the presidential election this year was “painful.” She spoke to Oprah Winfrey in a farewell interview at the White House, which aired Monday night on CBS.

“You know, this—this past election was challenging for me as a—as a citizen. To watch and experience. It was painful,” Obama said during the interview.

She previously told People that she went to sleep before hearing the results of the election that ended with Donald Trump defeating Hillary Clinton, for whom Obama had campaigned heavily.

“You kind of saw the tea leaves,” Obama told Winfrey. “I kind of felt like how things were going by the time I went to bed.”

“So mentally, I’d already kind of digested it before I actually read it,” she added.