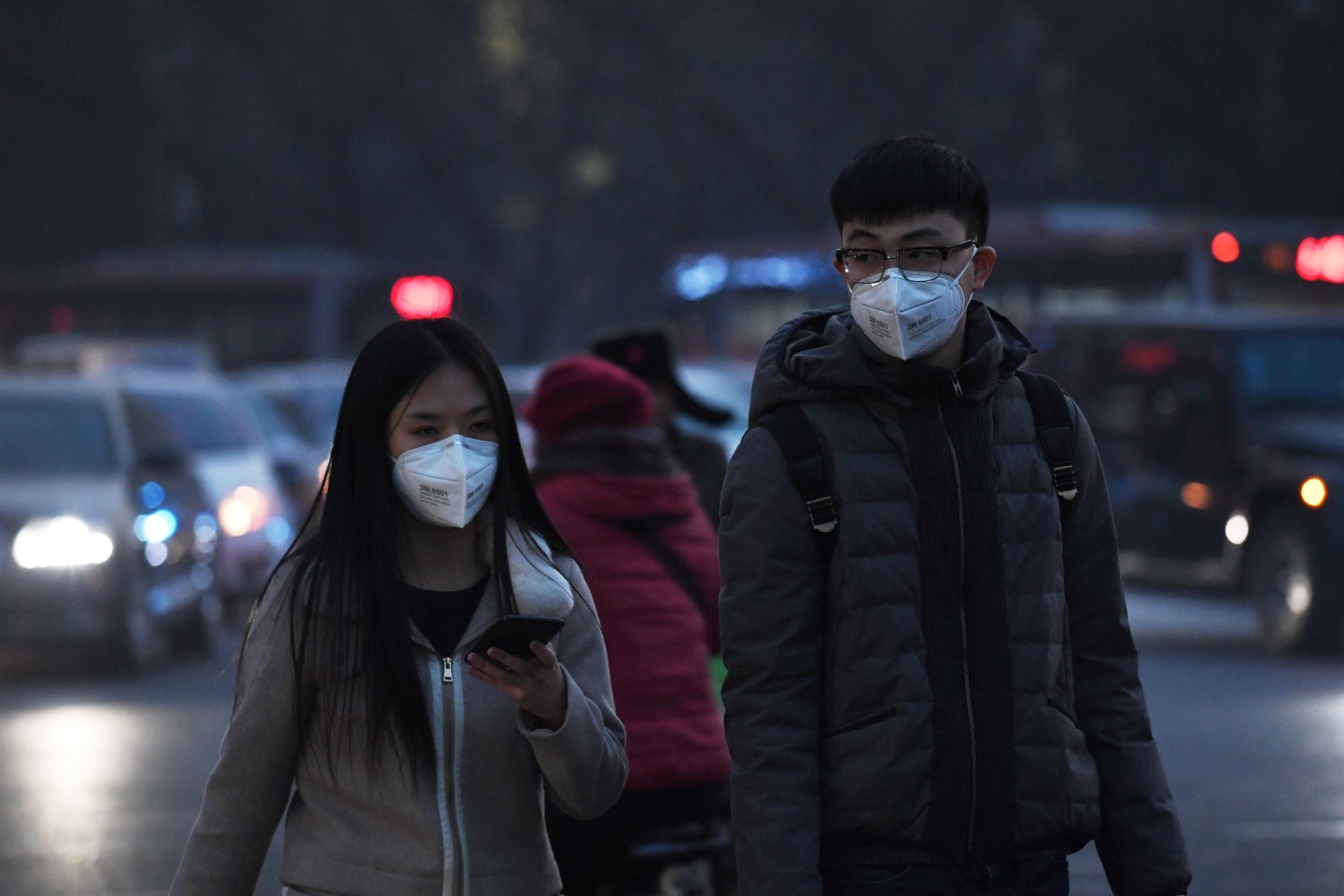 Pedestrians wear masks to protect themselves from pollution in Beijing on December 19, 2016. Hospital visits spiked, roads were closed and flights cancelled on December 19 as China choked under a vast cloud of toxic smog, with forecasters warning worse was yet to come. At least 23 cities in the world's most populous nation have issued red alerts for air pollution since December 16, according to the official Xinhua news agency. / AFP / GREG BAKER (Photo credit should read GREG BAKER/AFP/Getty Images)
GREG BAKER AFP/Getty Images

Beijing and the surrounding provinces are experiencing a steady smog haze that the government has deemed a serious enough threat to public safety to shut down businesses, restrict cars, and close schools around the capital city.

On Monday traffic was light in the city of more than 22 million, as cars with odd and even license plates are forced to alternate driving days.

Schools were advised to close until Wednesday, or until the red alert was lifted.

Like embarrassing smog episodes before this, the best the government can hope for is strong winds to clear the air.

Three years ago China’s central government approved measures to dramatically reduce air pollution over 20 years. The causes of the country’s air quality issues—coal-derived power, poor quality gasoline, and unregulated heavy industry—do not have quick fixes, and the government isn’t sure it can reach its goal for two decades.

Smog remains a contentious point among the Chinese affluent urban class. In Chengdu earlier this month, police shut down a city center to prevent protesters complaining about pollution.

In Beijing, online posters seem to be taking it in cynical stride. One Weibo user said she was listening to the local radio station when a man called and said the smog outside was so serious he couldn’t see the traffic lights. He had already driven through six red lights

“What I’m going to do?” he asked. The host reassured him and told him not to worry: Considering the density of the fog, traffic cameras and policemen couldn’t see him.