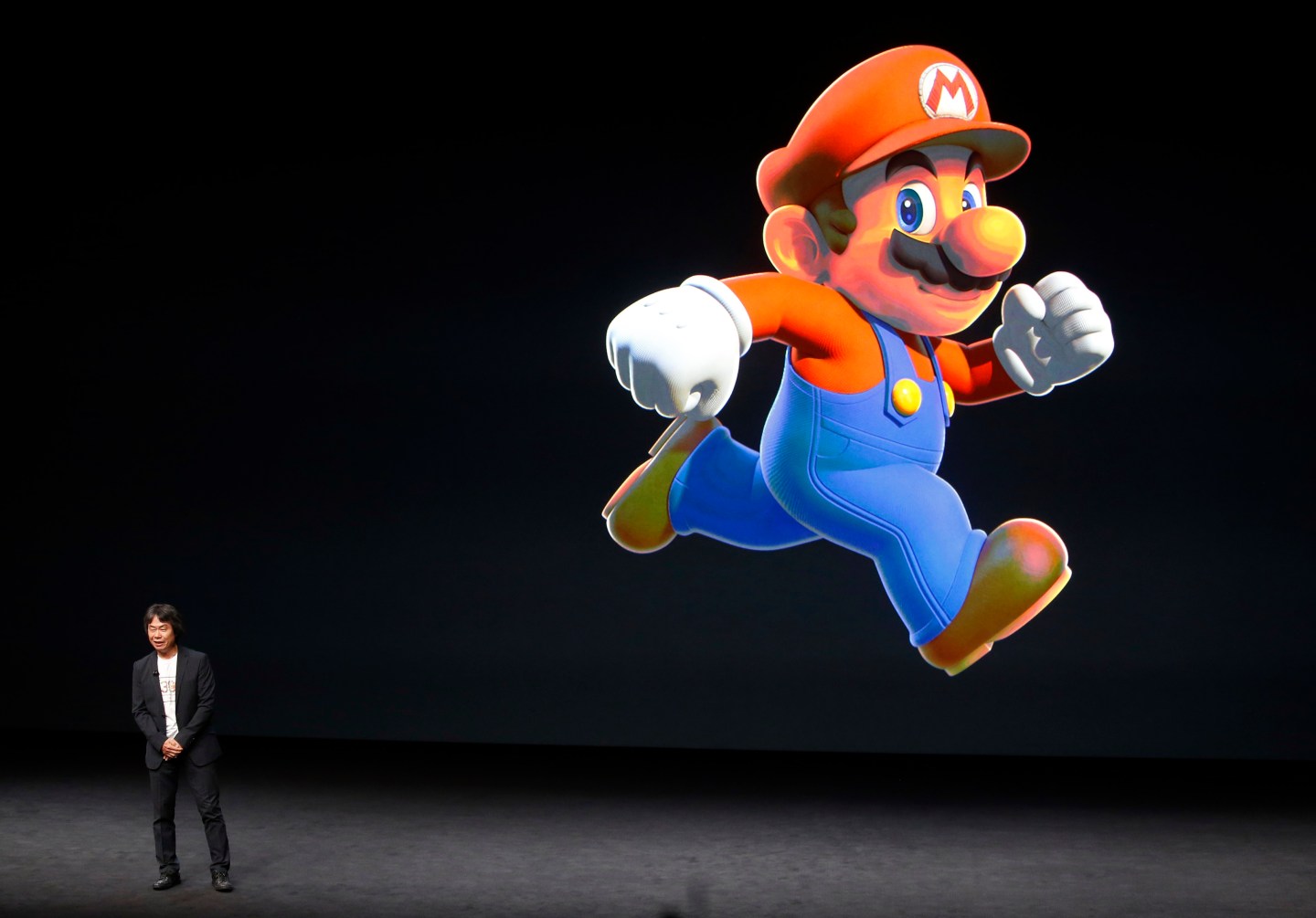 Nintendo stock has tumbled in recent days after the release of Super Mario Run, despite the fact that the mobile app is on track to be a hit.

Nintendo’s share price dropped more than 4% Friday, and sank 10% this week, Quartz reports. Even though the game rocketed to the top of download charts, analysts are worried about the high price tag. Instead of the popular model where users can play the game for free and spend more money within the app for in-game items, Super Mario Run costs $9.99 to unlock levels to complete the game.

Sky News also reports that there are concerns about the fact that the game is only available on iPhones so far; Android devices won’t be able to download it until later.

Still, Nintendo’s stock had been rising since the game was announced in November, and even with this week’s slide, the company’s stock is still higher than it was before, according to Quartz.