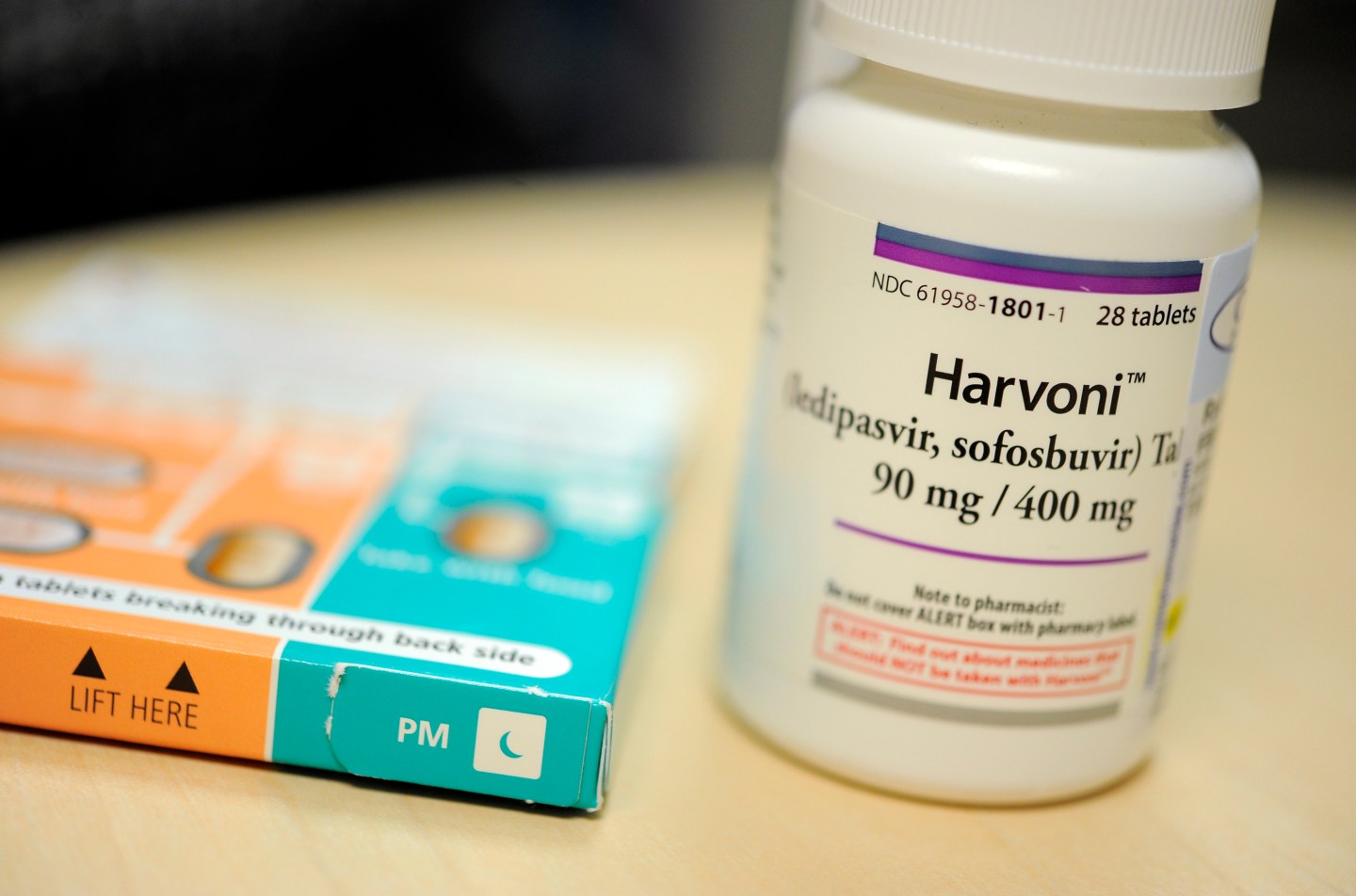 Merck (MERCK-CO-INC) on Thursday was awarded $2.54 billion in royalties by a federal jury in a patent lawsuit against Gilead (GILD) over Gilead‘s blockbuster hepatitis C drugs Sovaldi and Harvoni.

The jury in Delaware reached the verdict following a nearly two-week trial, finding that a patent acquired by Merck in 2014 on hepatitis C treatments was valid.

“The jury’s verdict upholds patent protections that are essential to the development of new medical treatments,” Merck said in a statement Thursday.

Gilead spokeswoman Michele Rest said the company disagreed with the verdict and would appeal it. She said it did not stop Gilead from continuing to sell its drugs.

Merck’s stock rose slightly to $63 in late trade on the New York Stock Exchange. Gilead‘s shares fell 2 percent to $74.06 on the Nasdaq.

Harvoni and Sovaldi have drawn attention for their breakthrough success in curing hepatitis C in more than 90 percent of patients, and for their high cost.

Harvoni’s list price is $1,125 per pill and $94,500 for a 12-week regimen. Foster City, California-based Gilead, one of the world’s largest biotechnology companies, made nearly $20 billion on the two drugs in 2015.

The jury’s award was based on a 10 percent royalty rate from the sales of both drugs through August.

The patent upheld by the jury was originally issued to Idenix Pharmaceuticals, a company Merck bought in 2014. Idenix brought the patent lawsuit against Gilead in 2013 in an effort to block the launch of Sovaldi, which was approved by federal regulators in December of that year.

Harvoni, which combines Sovaldi’s active ingredient, sofosbuvir, with another drug, was approved in October 2014.

For more on health, watch this video:

Merck, which sells its own hepatitis C drug, Zepatier, previously won a $200 million jury verdict in March in a separate patent infringement case against Gilead over hepatitis C drugs.

But in June, a federal judge in San Jose, California overturned the verdict after finding that Merck engaged in a pattern of unethical conduct, including lying under oath. Merck is currently appealing that ruling.