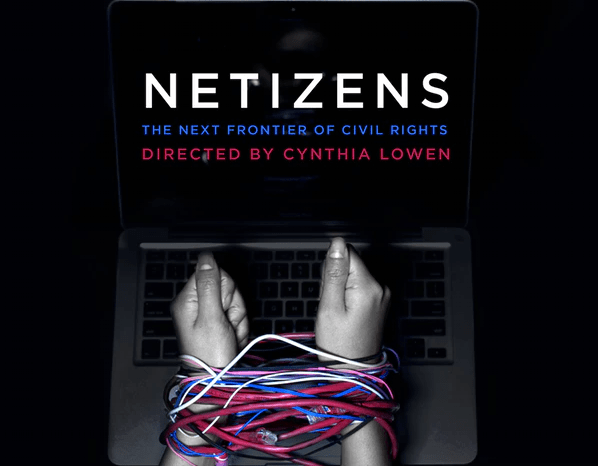 After Tina, a 46-year-old commodities trader, ended a relationship, she received the threatening email from her ex-boyfriend.

“Enjoy your last few days of innocence and relative anonymity, everyone gets the link when the site is complete. Anyone doing a Google search for you will see it. I will ensure you never get a decent job. Enjoy.”

Four years later, the Columbia Business School graduate still hasn’t found a position that meets her skill set. “It’s like someone has taken my identity,” says Tina, who requested anonymity for this article.

Following gunfire at a pizza restaurant that has been the subject of an online conspiracy theory called #Pizzagate, America is witnessing the effects of an epidemic of fake news disseminated across the web. But women who are targets of online harassment have been long living with the reality that social networking sites and search engines have immense power to disfigure the truth.

For the past year and a half, I’ve been working on a documentary about women of all ages who are the targets of online harassment—or more accurately, digital abuse. While their situations vary widely, there’s one thing many of them share: harassers have taken advantage of social networking sites’ and search engines’ contextually deaf algorithms to spread lies about their character—ones that harm their careers and financially stability, and put their safety at risk.

“Youtube’s algorithm for suggesting videos is horrific,” Anita Sarkeesian, a media critic and host of a popular web-series, Feminist Frequency, told me in an interview. “The voices of harassers are being amplified by Youtube. And what do they do about it?” Thanks to Youtube’s algorithms, Feminist Frequency episodes are often followed by videos attacking Anita’s credibility and accusing her not-for-profit organization of fraud, she says. The views of such videos number into the millions. Anita’s home address has also been posted online, along with numerous, specific threats on her life. “I have so many limitations to what I can do online and the people who are harassing me have none, because there are no repercussions for their behavior.”

NETIZENS Trailer from Train of Thought Productions on Vimeo.

In Tina’s case, she says her ex-partner published numerous websites claiming she was engaging in prostitution while on business trips, among other falsehoods, and linking them to her LinkedIn profile and social networking pages. He also posted cash rewards for anyone finding evidence of her escorting, including her home address.

Soon after, Tina says she found her job hunting stalled; several job offers were rescinded after potential employers Googled her name and found the sites. Even after Tina hired Reputation.com to suppress the material in search results, the harasser’s sites remained the top hits of her name; Tina suspects he was manipulating search engine optimization.

Tina was recently terminated from a senior business development position at a small company, only weeks after getting a promotion. In a letter explaining why she’d been fired, the employer included a printout of one of the websites. Although the sites consisted largely of private information about Tina’s sexual history, an attorney told her it would be hard to prove gender bias, and that the company’s size did not meet the requirements to pursue a Title VII civil rights workplace discrimination suit. “So many attorneys look at me like I’m speaking a foreign language, they don’t even know what to do with it,” she says.

This kind of material should not have the power to sway elections or destroy women’s reputations and careers. In the same way site operators and search engines are developing tools to prevent fake news from being given parity with actual reportage, they must also disrupt the ways their platforms are being manipulated to abuse women.

“At the end of the day,” asks Sarkeesian, “what do these platforms stand for? Do they want to be a cesspool of hate? Or do they want to be something that their users want to participate in and engage in? I think that they have an obligation to do whatever they can to protect their users.”

“Private information, non-newsworthy, I am not a public figure,” says Tina. “This is not what the First Amendment was about, and I’m willing to fight anyone saying that it is.”

This is sure to be a long fight. Under the auspices of free speech, site operators have resisted removing content that is threatening, hateful, un-true, and intended to humiliate or harm. In the meantime, employers must learn to recognize when someone’s digital footprint is a clear sign of abuse. As America grapples with the consequences of fake news on democracy, it also needs to disempower abusers by judging women on the merits of their achievements, and not something we read on the internet.

Cynthia Lowen is the co-producer/writer of the documentary, BULLY. She is currently directing a feature documentary film about women and online harassment, called NETIZENS. The film is running an audience engagement campaign and raising funds on Kickstarter.