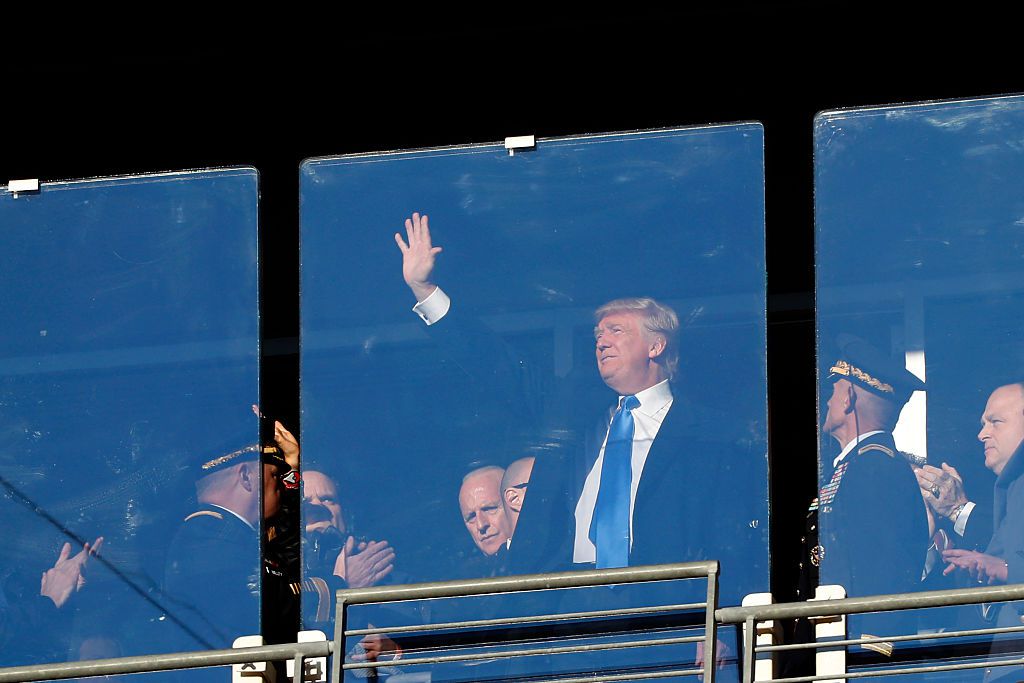 BALTIMORE, MD - DECEMBER 10: President-elect Donald Trump watches the game between the Navy Midshipmen and the Army Black Nights at M&T Bank Stadium on December 10, 2016 in Baltimore, Maryland. Trump has been holding rallies nationwide prior to his inauguration in January. (Photo by Aaron P. Bernstein/Getty Images)
Aaron P. Bernstein Getty Images

Trump, who currently receives the presidential daily brief just once a week, said in an interview with Fox News Sunday that he only requires the information if something has changed.

During the interview with host Chris Wallace, Trump also addressed the CIA report of Russian interference in the election, which he called “ridiculous.”

Trump’s Technology Roundtable to Include Page, Cook, Nadella, and Sandberg

His comments follow a statement from a bipartisan group of senators, who said on Sunday that the report “should alarm every American.”

“While protecting classified material, we have an obligation to inform the public about recent cyberattacks that have cut to the heart of our free society,” the senators said.

In response to a question about his conflicts of interest, the president-elect said he would not be involved with his business while serving as president. When Wallace pointed out that Trump repeatedly criticized Hillary Clinton’s ties with the Clinton Foundation during the election and that now, foreign leaders may try “to curry favor with the President of the United States” by making deals with his business, Trump dismissed the concern. He said he is “turning down billions of dollars in deals,” including seven deals last week from “one big player.”

“I’m not going to be doing deals at all,” he said.