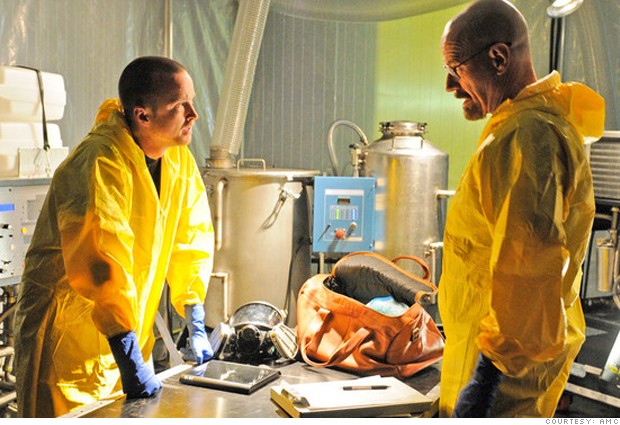 According to the cold open sketch, the teacher-turned-drug dealer has been hiding out in the comments section of Breitbart News since Breaking Bad‘s series finale, where Stephen Bannon found White and offered him the job in Trump’s administration.

“I’m kinda surprised he tracked me down because I’ve been off the grid for a while,” White told Jake Tapper, played by SNL‘s Beck Bennett.

White said he hadn’t met Trump yet, but that he likes his style.

“I also like that wall he wants to build,” he said. “Nothing comes in from Mexico, meaning a lot less competition for the rest of us.”

White added that he and Trump agree on the importance of small business. “Donald Trump and I agree. It’s time to make America cook again. We want to fill this nation with red, white and a whole lot of blue.”