America Now Has a Record-High 5,000 Breweries and Counting 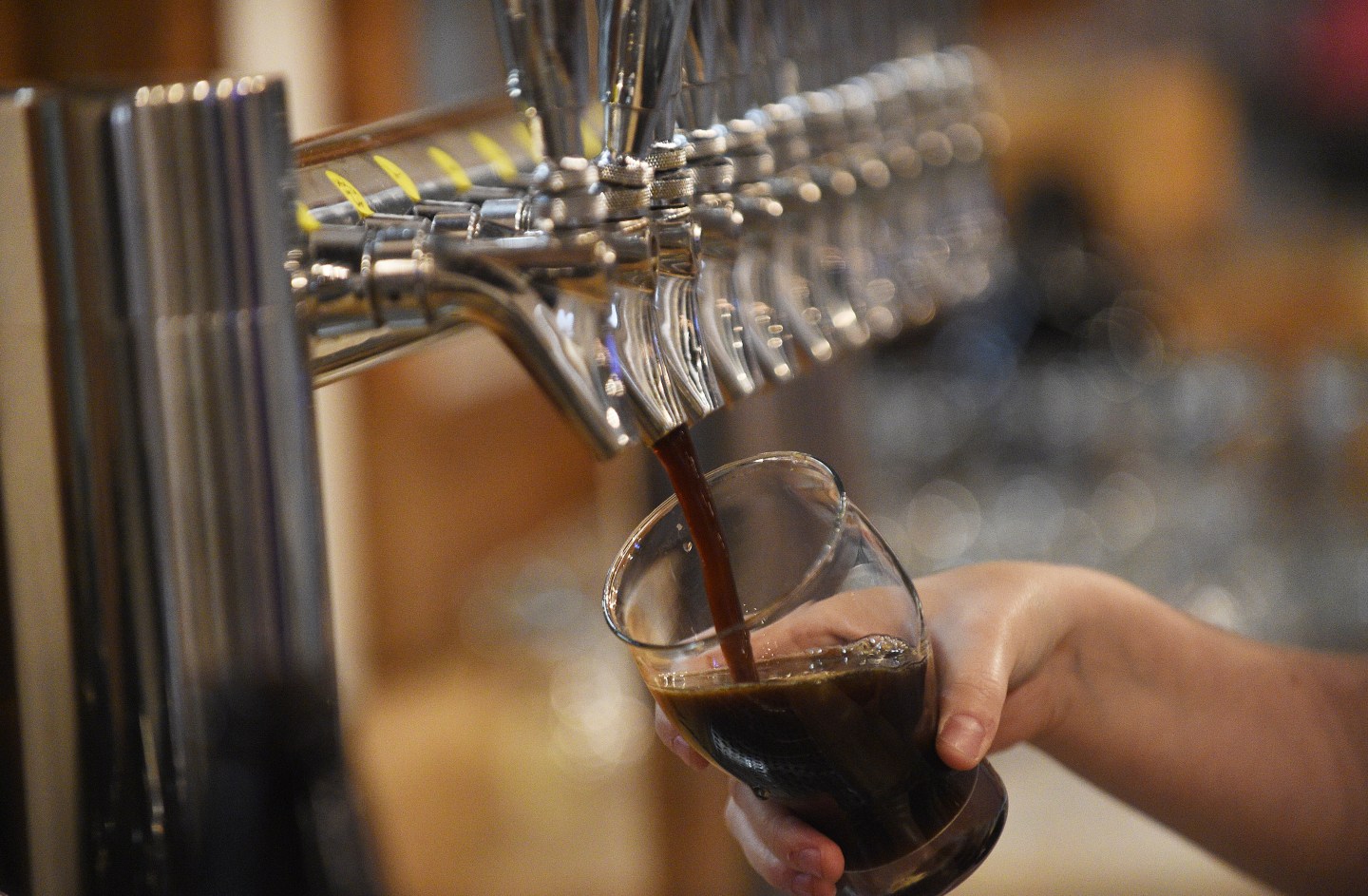 CHANTILLY, VA - OCTOBER 13: Fresh craft beer is offered at the Mustang Sally Brewing Company in Chantilly, VA, October 13, 2016. The brewery also serves food at the restaurant attached to its brewery. Fairfax County is changing its zoning law to attract more craft breweries in an effort to compete with surrounding communities for industry tax dollars. (Photo by Astrid Riecken For The Washington Post via Getty Images)
The Washington Post The Washington Post/Getty Images

America, you’ve got quite an awesome beer selection. In fact, it’s never been better.

The Brewers Association reports that the number of breweries in the U.S. just crossed the 5,000 mark. To be precise, there were a total of 5,005 breweries in America at the end of November, a new record high.

The number of breweries has been growing rapidly in the U.S. for years. In the 1980s, when mass-market companies thoroughly dominated the scene, there were fewer than 100 brewing operations in business. As America’s tastes turned to craft beer, though, the brewing scene expanded dramatically. There were roughly 1,500 breweries in 2008, and 3,500 by early 2015. Almost exactly one year ago today, America’s brewery count topped 4,131—what had previously been the all-time high set back in 1873, long before Prohibition and decades of consolidation that transformed the industry.

By all accounts, the craft beer movement’s growth has slowed down lately. Sales in the first half of 2016 grew only by 6%, compared to a 22% increase in sales in 2014. Many have speculated that we may be close to reaching the point of Peak Beer, but here’s a reality check: People voiced concerns about the craft beer scene being overcrowded as far back as 2013, when there were “only” 2,500 breweries in the land.

America has since doubled that figure, and even if growth is slowing down, growth is still happening. “While the craft brewing industry is entering a period of maturation, most markets are not near saturation,” Bart Watson, the Brewers Association’s chief economist, said this past summer, when beer production volume was up 8% over the past six months. “As craft’s base gets larger, as with any industry, it becomes more difficult for it to grow at the same percentage rate.”

In the past, Watson has argued that America’s brewery scene has plenty of room to grow based on how many breweries have been able to stay in business in other beer-loving countries. “Germany has 1,300 breweries, with a heck of a lot less people,” Watson wrote in 2013. “If the United States had the same number of breweries per capita (our population is over 3.8x bigger), that would mean 5,000 breweries.”

For more on beer, watch:

Fast-forward to the end of 2016, and sure enough, the count of U.S. breweries has hit 5,000. Bear in mind, however, that while the brewery tally is at an all-time high and counting, we’re nowhere near approaching the record high set in the mid-1870s for breweries as a proportion of the population. At that time, the U.S. population was roughly 45 million. So there was one brewery for roughly every 11,000 people.

The U.S. population today is 325 million. That breaks down to one brewery per 65,000 people. If we had the same number of breweries per capita today that there were in the 1870s, there would be nearly 30,000 breweries in the country.