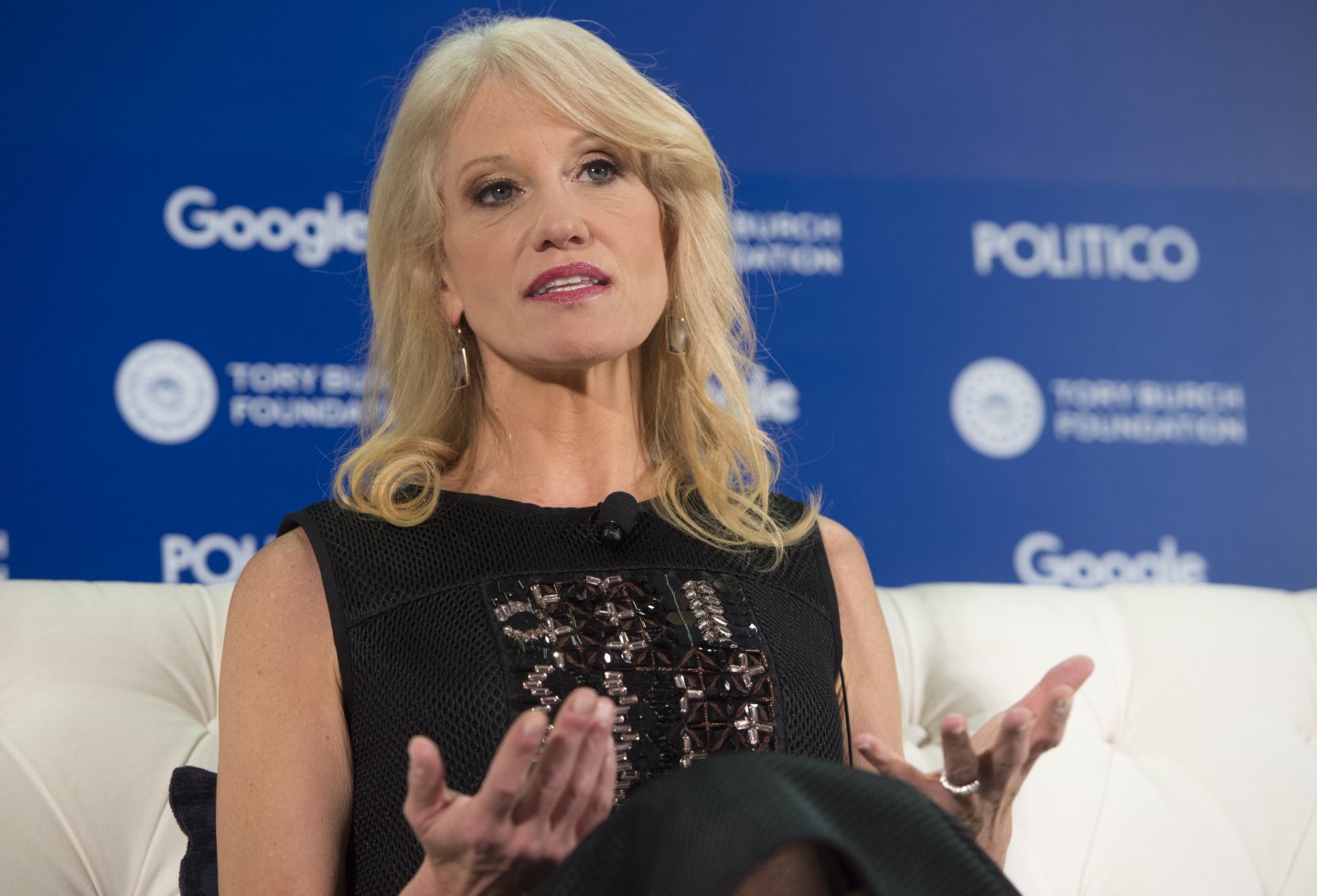 Kellyanne Conway, president and CEO of the Polling Company and the campaign manager of US President-elect Donald Trump's campaign, speaks during the 4th Annual Women Rule Summit in Washington, DC, December 7, 2016.
Photograph by Saul Loeb—AFP/Getty Images

Kellyanne Conway defended President-elect Donald Trump‘s decision to stay on as executive producer of NBC’s Celebrity Apprentice, arguing that he would do the job in his “spare time.”

Speaking on CNN’s New Day from Trump Tower in New York on Friday, Conway, who managed Trump’s election campaign, said assuming the future president would be “all work and nothing else all the time” was “unrealistic.” “Presidents have a right to do things in their spare time, in their leisure time,” she told host Alisyn Camerota.

“I know Donald Trump very well and I can tell you that work is his work and work is his hobby,” Conway added. “His preferred time is with his family but is followed very closely behind with work. If the powers that be—the lawyers and the protocol officers—say that he can do [the Apprentice], then he probably is going to say ‘Why not?'”

Kellyanne Conway on Trump’s role with ‘Celebrity Apprentice’ as President: Work is his work, work is his hobby https://t.co/a1vopQhgM1

When asked about whether Trump would collect a salary for Celebrity Apprentice, Conway said it was “doubtful.” “I haven’t discussed that with him directly, however there are many options of [what he could do with it] which is donate it to charity or refuse to take it,” she added.

Camerota asked Conway whether she thought Trump would be playing any golf during his time as president—something the Republican spokeswoman criticized President Obama for doing too much of. “Maybe [Trump] will be [playing golf]. It certainly seems like there’s a lot of time to do based on the recent President of the United States,” she said.

The 15th season of Celebrity Apprentice airs Jan. 2, with actor Arnold Schwarzenegger as its new host.