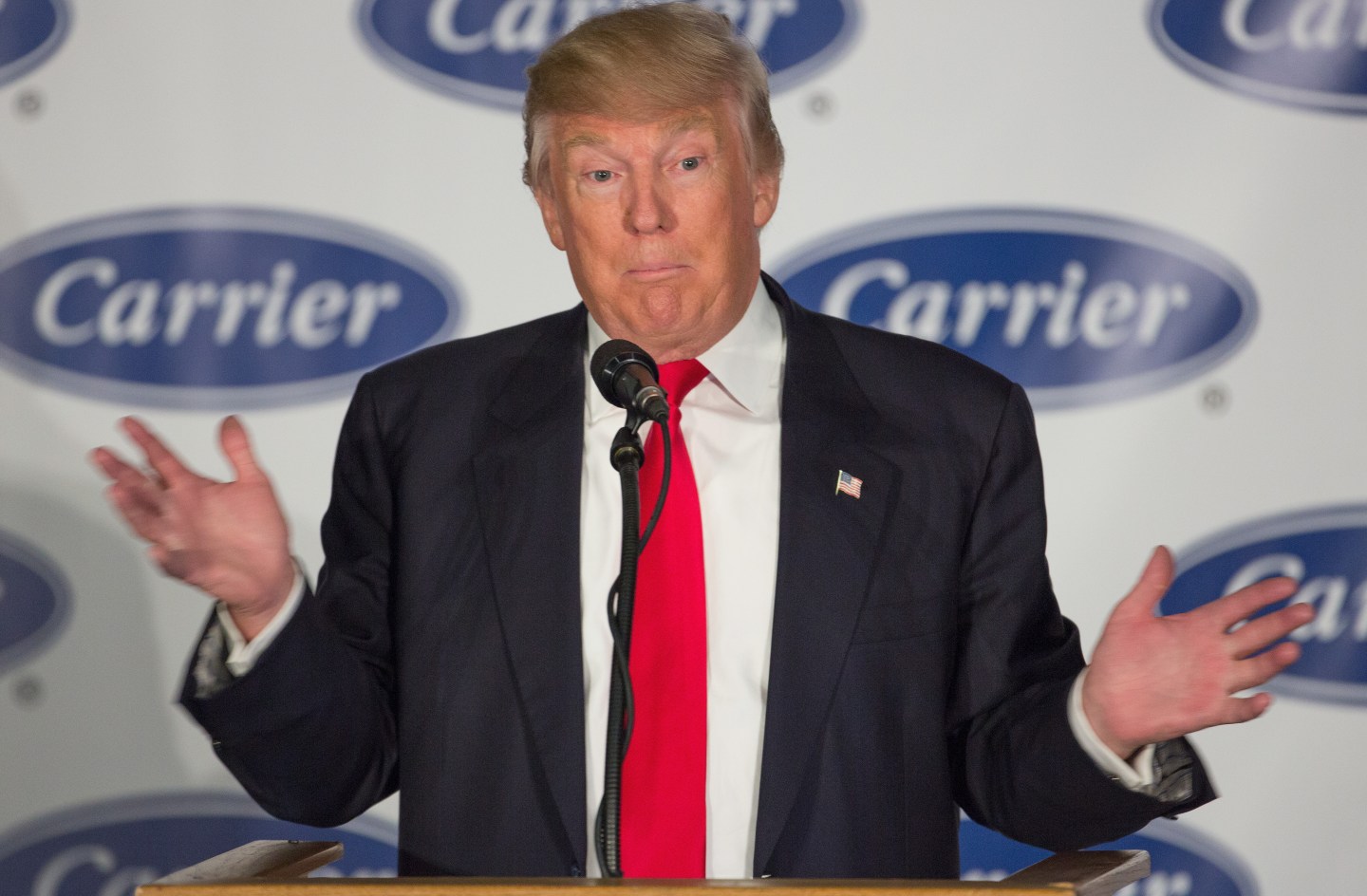 After a union leader representing laborers at the Carrier plant in Indiana told the Washington Post that Donald Trump had “lied his ass off” about the deal to save worker jobs, the President-elect took to Twitter to savage him, saying he’s done a “terrible job representing workers.”

Chuck Jones, who is President of United Steelworkers 1999, has done a terrible job representing workers. No wonder companies flee country!

If United Steelworkers 1999 was any good, they would have kept those jobs in Indiana. Spend more time working-less time talking. Reduce dues

Jones is now getting personal threats from Trump supporters.

“People have said, ‘We know you have children, and we know the kind of car you drive,’ and they are calling me bad names on the phone,” he told the Washington Post in a Facebook Live interview on Thursday. “People are frustrated because I said things about President-elect Trump, and that’s fine.”

Conservatives and liberals alike are united in expressing shock and dismay about Trump’s ad hominem attack and what it means for free speech.

Trump’s tweets are a dangerous display of immaturity and narcissism, says Stan Veuger, resident scholar at the conservative think tank American Enterprise Institute in Washington, D.C. “Trump knows, or should know by now, that attacks like this by him inevitably lead to death threats and have a dangerous stifling effect on speech critical of the president,” Veuger says.

His behavior goes against what we’ve seen from any other president, says Kevin Kosar of conservative think tank R Street Institute. As Kosar points out, Richard Nixon battled postal workers who illegally went on strike and Harry S. Truman criticized the steelworkers unions for threatening national security. The difference here is that Trump’s attack got personal.

“Both Nixon and Truman kept it civil, and did not trash union leaders by name,” he says.

#ImWithChuck because as an elected local leader, it’s his job to be honest w/ his members–same members who thought their jobs were saved.

In November, Trump and Vice-president elect Mike Pence announced they had convinced executives at the air conditioner manufacturer Carrier to keep more than 1,100 jobs in Indianapolis in return for a $7 million tax credit.

Jones was critical of this figure, arguing that some 350 positions were never meant to move to Mexico in the first place and that 800 would be staying. His comments prompted Trump’s online attack.

Related: Businesses Near Trump Tower Will Struggle Even if NYC Gets Its $35 Million Payout

Trump’s comments echo a broader crackdown on unions, whose membership has been in decline since the 1950s. Twenty-six states have passed so-called right-to-work laws which restrict the ability of unions to collect dues. In 2012, Indiana became the first state in more than a decade to embrace right to work. Indiana’s Supreme Court upheld the passage of that law in 2014.