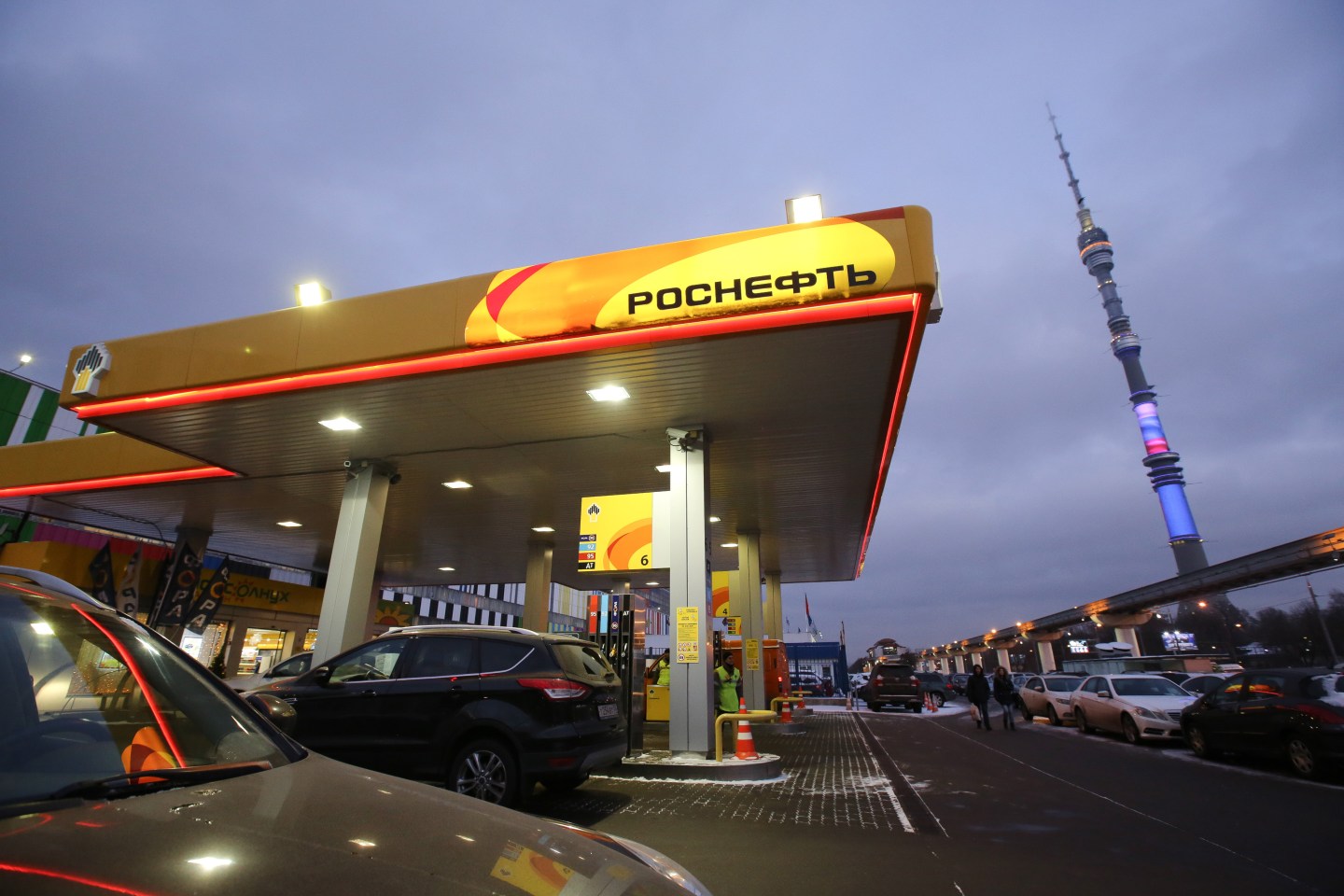 Russia said on Wednesday it sold a stake in oil giant Rosneft for 10.5 billion euros ($11.3 billion) to Qatar and commodities trader Glencore, confounding expectations that the Kremlin’s standoff with the West would scare off major investors.

The deal, to acquire a 19.5% stake in Rosneft from the Russian state, suggests the lure of taking a share in one of the world’s biggest oil companies outweighs the risks that come with Western sanctions imposed on Russia over the conflict in Ukraine.

It pointed to a possible reassessment by foreign investors of the risks of dealing with Russia, at a time when the election of Donald Trump as U.S. president has heightened expectations of a thaw between Moscow and Washington.

The deal was announced days after Russia and OPEC agreed to coordinated output cuts to support oil prices, the first time they have cut in tandem in 15 years.

“It is the largest privatization deal, the largest sale and acquisition in the global oil and gas sector in 2016,” Putin said in televised remarks from the meeting.

Under the deal, according to Sechin, Glencore and Qatar’s sovereign fund will take equal shares of the 19.5% stake in Rosneft, which is being sold by the government as part of a privatization drive.

Rosneft has a market value of $59.17 billion, according to Reuters data, which suggests that the deal was done with a 2% discount to the market price.

Glencore (GLNCY) said in a statement it would finance part of the deal by putting up 300 million euros of its own equity, with the rest financed by banks and by the Qatari sovereign fund, the Qatar Investment Authority.

The Qatari fund, which could not immediately be reached for comment, is one of the biggest investors in Glencore.

Russian officials were jubilant that Rosneft had pulled off a deal which will deliver a large chunk of the cash they need to fill gaps in the state budget caused by an economic slowdown and sanctions.

“Money has no smell,” a government source told Reuters when asked about the outcome of the deal.

Putin congratulated Sechin, one of his closest lieutenants, on the deal and said he hoped that the consortium of new investors would improve Rosneft’s governance and transparency and would raise its market value.

“Given the very difficult economic circumstances and the extremely tight deadlines for this kind of project, I can report to you that we were able to land this deal thanks to your personal contribution, your support,” Sechin told Putin.

Glencore stands to benefit from the deal by gaining access to Rosneft’s crude volumes. It said that under the deal, it would conclude a new five-year offtake agreement with Rosneft giving it an extra 220,000 barrels a day to trade.

To date, Glencore’s rival Trafigura has been the biggest long-term buyer of Urals crude oil, the grade of oil produced in Russia.

Qatar, meanwhile, will further establish itself as a major investor in some of the world’s biggest businesses. It already owns stakes in such bluechip firms as Volkswagen and Credit Suisse.

Rosneft is subject to U.S. sanctions imposed after Russia annexed Ukraine’s Crimea region in 2014. But since the money from the sale of the stake will go to the Russian state, rather than to Rosneft, the sanctions do not directly apply.

By landing the investors, Sechin will further burnish his standing within Russia’s ruling elite. He was already riding high after securing a deal in October to acquire Indian refiner Essar, giving Rosneft a foothold in the world’s fastest growing fuel market.

“He said the money would come,” said a second source within the government, referring to revenue from the Rosneft stake sale that was promised to the government. “He killed all the birds with one stone. He showed everyone,” said the source, speaking on condition of anonymity.

Just a few weeks ago, most industry watchers had written off the chances of a foreign investor being found for Rosneft, and the government signaled that the company would instead buy its own shares.

When Rosneft this week placed $9.4 billion in domestic rouble bonds, market players assumed that was to fund the buyback of its shares, absent an outside investor.

But it now appears that, in parallel, Sechin and his aides were trying to hash out an eleventh hour deal to land a foreign investor. Ivan Glasenberg, Glencore’s chief executive, was in Moscow on Tuesday, where he was spotted at a mining conference.

The second government source said the bond issue was a safety net in case the negotiations with the outside investors fell through.

The deal with Qatar and Glencore was so last minute that it appeared it would not close in time to meet the government’s deadline for booking money in the budget from the sale.

Asked by Putin when the state budget was going to get the money earned from the sale, Sechin said that it was going to come from Rosneft cashflow and from credit finance, organized by one of Europe’s largest banks.

After the deal was announced, the Kremlin said steps would be taken to ensure that the influx of a large volume of foreign currency from the deal would not cause volatility on the Russian forex market.