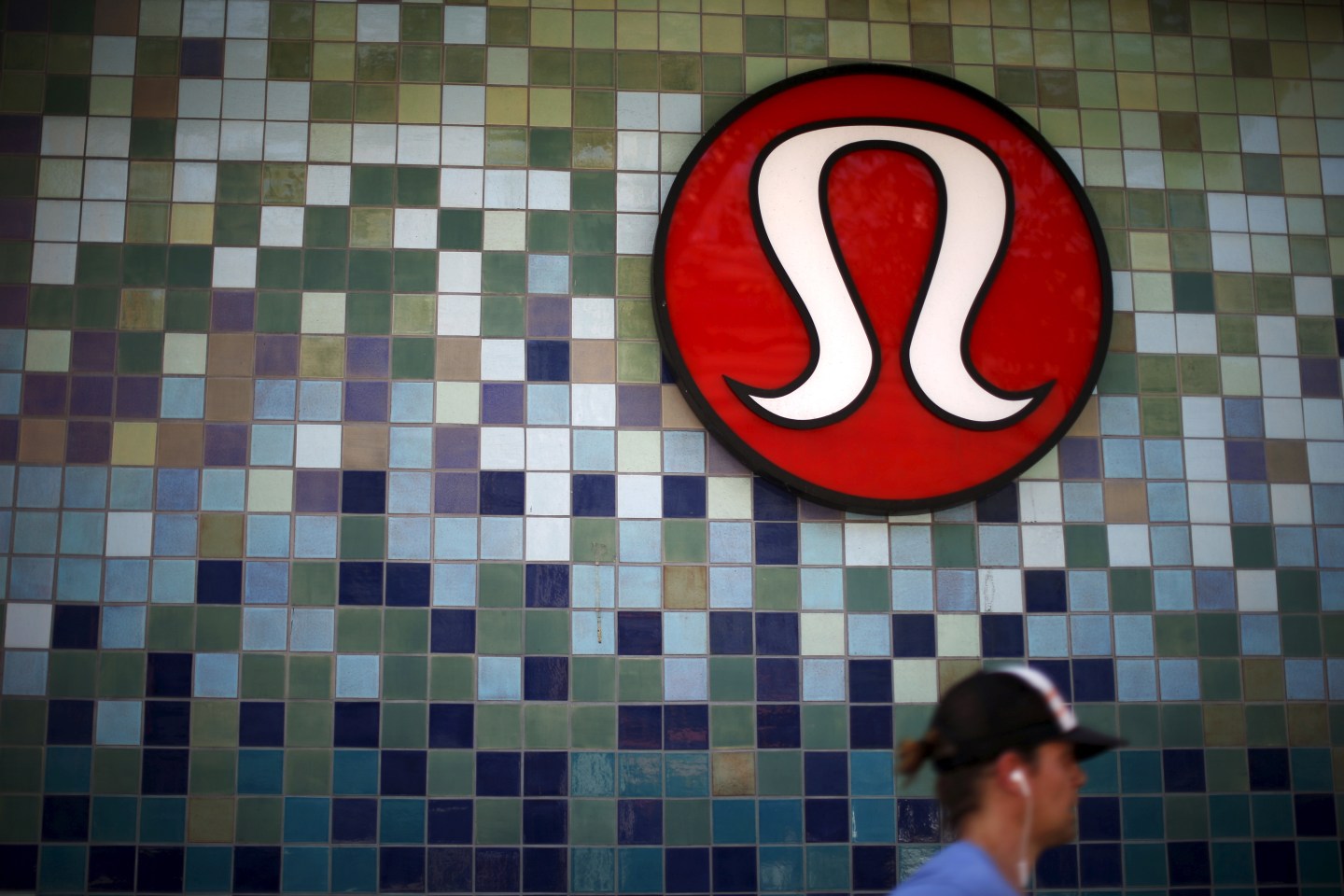 Heading into Lululemon Athletica’s quarterly report on Wednesday, skeptics were feeling less than zen. There’s too much competition, they felt. Observers also fretted that shoppers were buying more jeans again—turning away from the “athleisure” trend that the yoga-wear company helped popularize. (And hurt denim sales in the process).

But Lululemon’s (LULU) stock soared by over 12% in after-hours trading on Wednesday, as Wall Street investors cheered a strong earnings report from the apparel retailer.

CEO Laurent Potdevin told analysts during a conference call that Lululemon remained on track to hit the five-year targets the company outlined earlier this year. Those goals include hitting $4 billion in revenue in five years time, above the $2.1 billion reported in 2015.

Potdevin also touted the success of the redesigned pants wall, where Lululemon showcases a variety of tights that have become especially popular with the company’s female-dominated consumer base. Sales for pants featured on that wall increased 11% on a comparable basis—growth that outpaced the overall sales increase.

That’s notable because some analysts had expressed worries that the athleisure trend has been waning. The bearish case was that an increased preference for denim would put pressure on sales at premium-priced Lululemon.

But the latest results show that “athleisure”—which signifies the consumer’s gravitation toward athletic wares worn during non-sport moments of the day—isn’t dead yet. Some observers, like NPD Group sports industry analyst Matt Powell, have long contended that “athleisure” won’t go away. They don’t see a world where consumers would want to ditch casual yoga pants and stylish sneakers in favor of more restrictive clothes.

Of course, Lululemon is certainly facing some challenges. Management said that like many other retailers, it faced some spotty sales trends as it headed into the holidays. Sales did improve during the Black Friday weekend and appear back on track. “I’m really happy with our continued progress,” Potdevin said. “The holiday season is what we have geared for all year.”

And while management didn’t talk about competition during their prepared remarks, there is a lot of pressure facing Lululemon from rivals big and small. German-based Adidas is rebounding in the U.S. And Nike (NKE) and Under Armour (UA) continue to grow, even as analysts worry about the strength of their sales trajectory. There is also pressure from retailers like H&M and celebrity brands from the likes of Carrie Underwood and Beyoncé.

The results on Wednesday suggest that for now, Lululemon isn’t stretched too thin by rivals.