The Winner of This Season’s ‘Bachelor’ Could Be an Entrepreneur 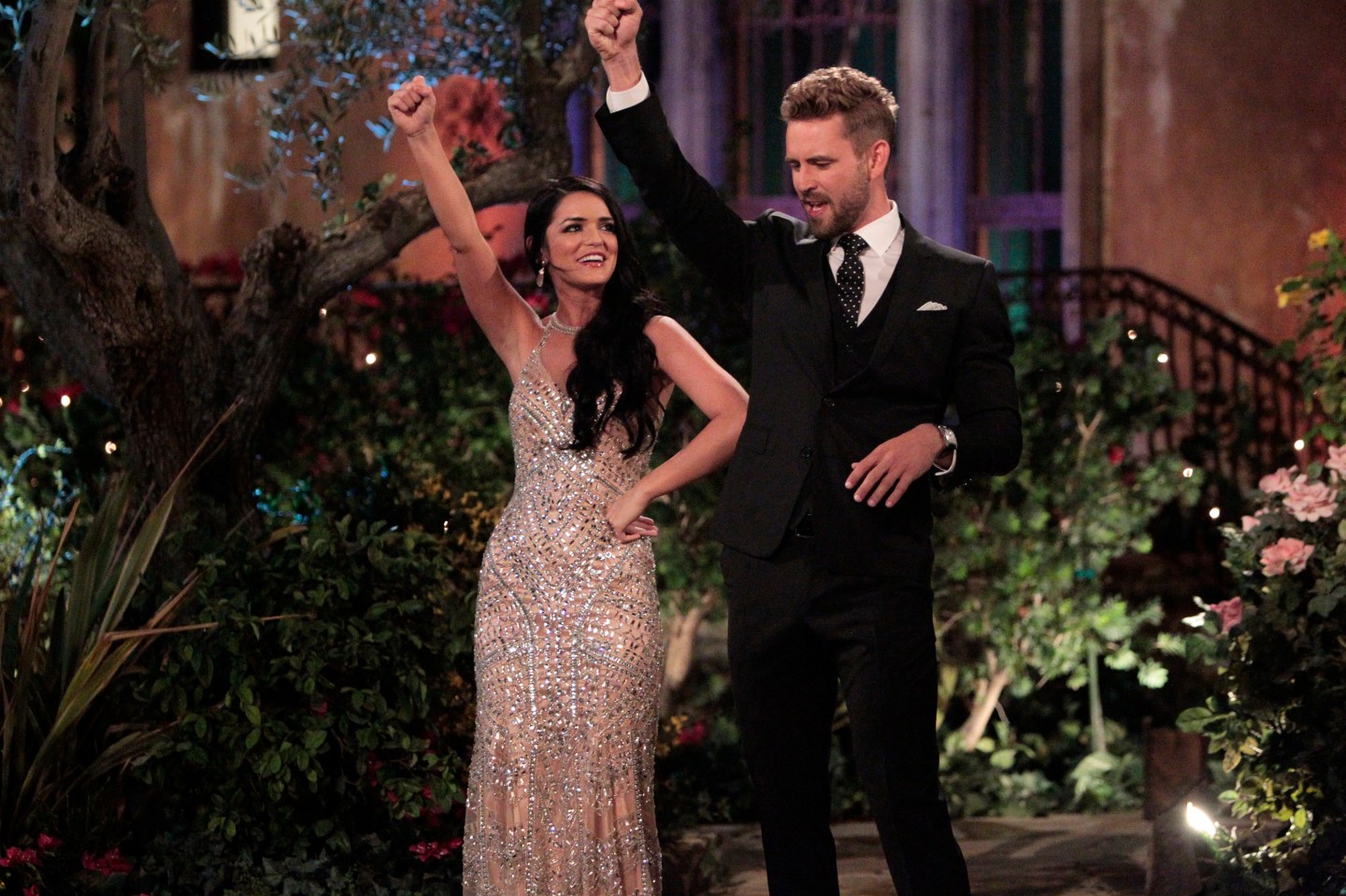 Look beyond the aspiring dolphin trainer who is afraid of “E.T. the alien” and the sales manager who prefers to eat Cheetos with pickles and you’ll find that there are at least three small-business owners on this season’s Bachelor.

Raven Gates, 25, owns a women’s boutique clothing store called Grey Suede in Jonesboro, Ark., that has a vibrant presence on Instagram. Gates has hardly been quiet about appearing on the show — she’s used it as a marketing tool. The Grey Suede website now has an entire section dedicated solely to The Bachelor that features Bachelor-themed clothing and “Which Bachelor Contestant Are You?” quiz. She has also blasted the Bachelor news on her company’s Facebook, Twitter and Instagram. Looks like Gates knows a thing or two about effective business marketing.

Danielle Lombard, a 27-year-old from Los Angeles, says her greatest achievement is “opening my own business at the age of 23.” She co-founded Crafts Creamery, a California-based ice-cream shop. Lombard helped develop the menu and oversaw the store design while she was there. According to her LinkedIn profile, it looks like Lombard left the shop in January and is now the chief business development officer at a nail salon in Los Angeles. Lombard did not immediately respond to Fortune’s request for comment.

Michelle Ramkissoon, 24, is the co-founder of Main Squeeze Lemonade, a food truck in Los Angeles that sells made-to-order fruit drinks and teas. She and co-founder Carl Silva had initially wanted to sell fresh lemonade on on the Venice Beach boardwalk, but switched gears when they learned that selling food and drinks on the boardwalk was prohibited, according to the company’s site. Ramkissoon, a Maryland native who graduated from the Fashion Institute of Design and Merchandising in Los Angeles, took charge of creating Main Squeeze’s message and style. Today, her turquoise-colored truck can be found in various locations across Los Angeles selling drinks such as lychee lemonade and Thai tea.

Corinne Olympios, a 24-year-old contestant, is described on the Bachelor site simply as a “small-business owner.” What she does is unclear: “I own an online business. It’s very important to me, but the cool thing is it’s online, so I can run it from anywhere,” her bio reads. But according to some reports and her LinkedIn profile, she’s actually an aspiring model from Miami, Florida. So unless she owns a really, really small business, we can’t find any reliable source to link her to an active business venture. Olympios has yet to return Fortune’s requests for comment. A spokesperson for ABC declined to comment.

Related: What Sean Lowe Did With His Money From ‘The Bachelor’