Parents Spend as Much Time on Screens as Teenagers 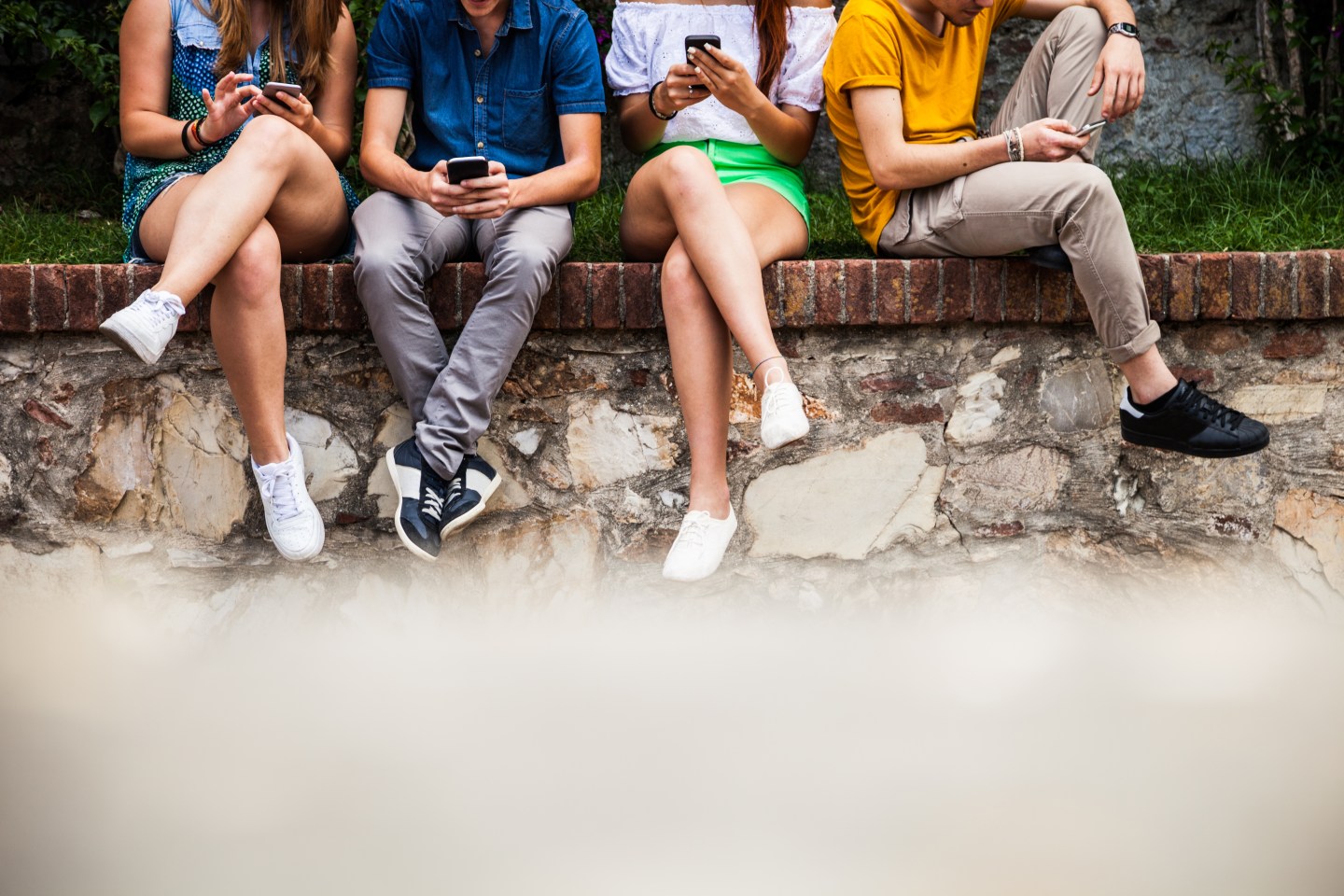 Parents of tweens and teens spend about nine hours per day using screens, according to a new report. And though they express many concerns about their kids’ relationships to technology—worrying that it keeps them from physical exercise or that they may become addicted to their phones—the vast majority also see themselves as modeling good behavior for their children and see technology as a force for good in their children’s lives.

The report comes from Common Sense, an organization dedicated to supporting the development of children in the digital age. Though their researchers have issued several reports on kids’ exposure to media, this study is their first foray into looking at parents’ habits and attitudes. And the director of research, Michael Robb, thinks it is “fair to say” that the adults appear to have their noses in their phones just as much as their 13- to 18-year-olds.

Those adults who have jobs where they stare at computers all day might presume that the nine-hour figure is the result of work. But, on average, the 1,786 nationally representative parents surveyed for the study attributed only 1.5 hours of screen time to their jobs. The remaining bulk was spent doing the same kinds of things their kids do—sending texts, playing video games, watching shows, browsing websites, checking in on social media—often while at work. Lower-income and less-educated parents, the report found, spent the most time on screens.

Ask almost any young parent how technology affects their job as a mom or dad, and while they might not realize how many hours they’re using it, they are aware of how complicated the relationship is. The study explores those tensions—like parents fearing their kids will become anti-social because of technology but also believing that being tech savvy will be the key to them competing in the job market as adults. On the one hand, parents want their kids to take breaks from their phones, yet they often find themselves unable to resist the buzzes and beeps of their own phone in the other.

“The sheer amount of media and technology in all of our lives makes it challenging for parents to monitor their own use,” says Robb, “and their kids’ use.”

In many aspects, parents’ tended to have a rosy view of their own habits. The amount of time they reported spending on screens is only possible because of multi-tasking, the study notes. About half of parents (48%) said they text while at work, 38% said they use social media, and 33% watch television. But about two-thirds believe that dividing their attention has no influence of the quality of their work. And 78% said that they are “good technology role models” for their kids in general.

That may be unrealistic. Other researchers have found, for example, that people think they’re better at multi-tasking than they actually are. While someone can still certainly do their job while texting, completing tasks accurately takes much more time, says Larry Rosen, a psychology professor at California State University who explores these topics in his book, The Distracted Mind. There are also emotional consequences.

“You may be able to do it just as well,” he says, “but it takes longer, and it adds a huge layer of stress to your body and your life.”

The same, he says, goes for trying to parent while dividing one’s attention between a child and a phone—a circumstance that plagues many people in a culture where bosses, as well as friends and family, expect them to be available via their smartphones nearly instantly, nearly all the time. “I think that parents are not aware of how often they self-interrupt during a day,” heeding that little voice reminding them to check Instagram or Facebook, Rosen says. “When the phone vibrates, it takes incredible will power not to pick it up.”

Despite the vast array of parenting apps and websites, only 35% of parents surveyed by Common Sense said that technology like smartphones make parenting easier.

When asked about their kids’ use of media, about two-thirds of parents reported that their teens and tweens have their own cell phones, and 56% said they have their own social media accounts. They reported being most “highly aware” of what their kids were seeing on TV (82%), less so when it came to websites (58%), and social media (40%). And a strong majority (67%) said that monitoring their kids’ texts and snaps, for safety’s sake, is more important than respecting their privacy. Nearly 80% said they have rules about what content is allowed and nearly 40% said that negotiating media use with their children causes conflicts.

Yet many of parents’ biggest concerns about their kids’ use of technology were related not to content but to things that device obsession could get in the way of: about half said they worry that social media and smartphones hurt their kids’ levels of physical activity; 34% said they believe devices interfere with their children’s sleep; and more than half (56%) expressed concern that their children might become addicted to technology.

For those who want to make sure technology is a force for good in their homes—if still an omnipresent one—Common Sense’s Robb suggests consuming media together: watching the same show or playing the same game. California State’s Rosen suggests parents be strategic about when to take breaks. Over two-thirds of parents in the study said they allow their teens and tweens to use devices in cars, for example, “and the car is one of those areas where your kids are a captive audience.” Banning use in the hour before bed is helpful for making sure kids’ get good sleep, he says, and mealtime is another good place to start.

“We exist with these conflicts within us,” Robb says about people’s love-hate relationship with technology. “Figuring out how and when and where and why devices fit into our lives, that’s going to take a long time.”